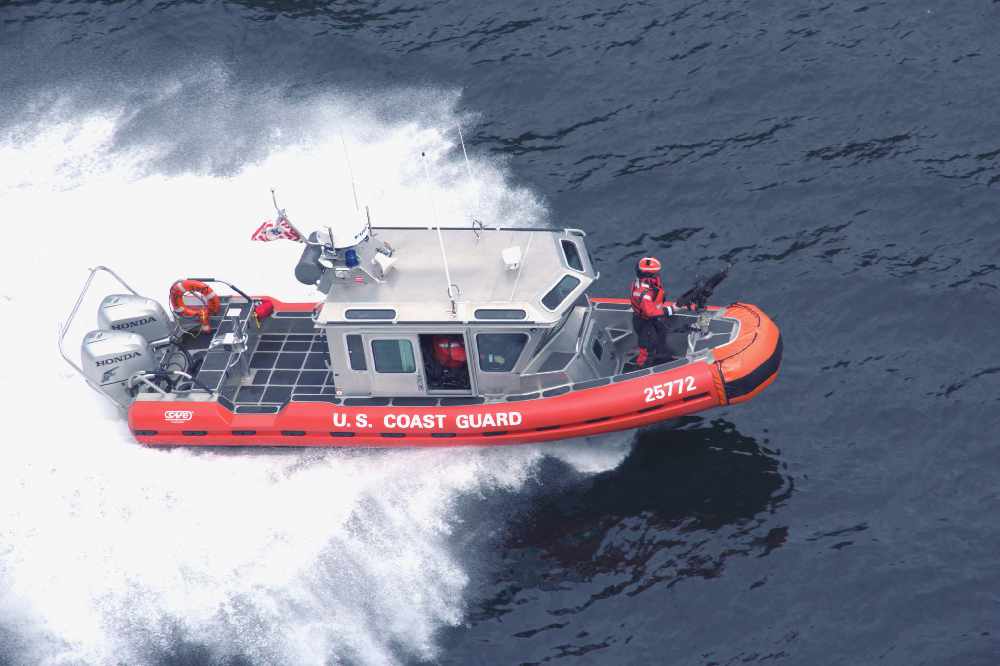 Courtesy photo from US Coast Guard Ketchikan base.

Ketchikan, Alaska (KINY) - A boat capsized in the Tongass Narrows between Pennock Island and the Saxman Seaport Saturday spurring a rescue effort from local boaters.

The US Coast Guard and Alaska State Troopers responded to the seaport only to find a vessel operated by a good Samaritan had just arrived there with eight people who had been in the capsized boat.

The 16 foot skiff was headed toward Ketchikan in heavy winds and rain when it capsized about 150 yards off shore while crossing the narrows.

All of the people on board the boat wore personal flotation devices.

Several good Samaritans responded to the scene and removed the eight from the water.

They were transported to PeaceHealth Ketchikan Medical Center for further treatment as a precaution.

There were no injuries reported.