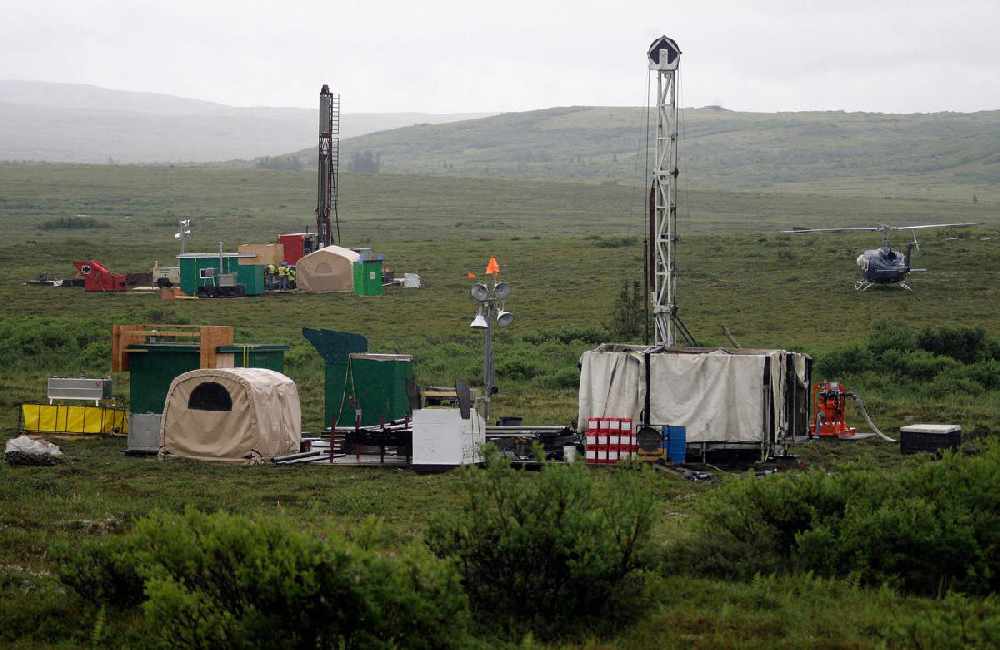 The Pebble Limited Partnership, which wants to build a copper and gold mine near the headwaters of a major U.S. salmon fishery in southwest Alaska, says it plans to offer residents in the region a dividend.

Anchorage, Alaska (AP) - A company that wants to build a copper and gold mine near the headwaters of a major U.S. salmon fishery in southwest Alaska says it is not trying to buy support for the proposed Pebble Mine with its plans to pay residents in the region a dividend.

Critics see it differently, panning the move as a stunt to try to win or show public support as the company awaits a decision on a key permit.

Jeff Bringhurst, who manages a village farm in Igiugig and is a commercial fisherman, called the dividend a “dirty trick” and a “big juicy carrot” that is “going to tempt a lot of people to go against their beliefs on this mine. So, it’s despicable.”

Under the program announced this week, the Pebble Partnership said at least $3 million a year would be distributed once construction begins, with five people who sign up for the program by July 31 picked to receive an annual $1,000 until construction.

There is no anticipated date for construction to start. The company, owned by Canada-based Northern Dynasty Minerals Ltd., currently is seeking a major permit from the U.S. Army Corps of Engineers.

The corps' final environmental review, an early but critical step in the process, is expected later this year. Pebble estimates the permitting process overall will take several years.

A message seeking comment on whether other mining companies have similar dividend programs was sent to the National Mining Association.

The proposed Pebble Mine, for years mired in controversy and litigation, has gotten new life under the Trump administration. The U.S. Environmental Protection Agency last year withdrew restrictions on development that were proposed, but never finalized, under the Obama administration and last month said it planned to work with the corps to address outstanding concerns.

But opponents, fearful of the impacts the open-pit mine could have on the watershed in the Bristol Bay region, have been critical of the review process. Bristol Bay produces about half the world's sockeye salmon.

Critics also question the company's financial wherewithal and its motives.

The Pebble Partnership, which has proposed what it calls a 20-year mine plan that is smaller than earlier proposals, for years has been looking for a partner. Northern Dynasty, in a recent U.S. Securities and Exchange Commission filing, said it expected negative operational cash-flows for the foreseeable future related to the Pebble project.

Heatwole said Pebble has had to raise money to advance the project and has been successful.

“We have the financing we believe we need to continue to advance it,” he said. “If we need to take additional steps, we'll address those down the road.”

Jason Metrokin, president and CEO of Bristol Bay Native Corp., questioned why Pebble would have a dividend sign-up now, well ahead of any potential construction. In a statement, he called it a tactic to try to sway public opinion.

Heatwole said the company saw this as another way to provide opportunities, in addition to the jobs, tax revenue, and infrastructure a mine would bring. Pebble is trying to assess interest in a dividend, with signups through Aug. 31, he said.

Alannah Hurley, executive director of United Tribes of Bristol Bay, said that coincides with the time many residents are busy fishing. She said it comes, too, when people are dealing with the economic fallout of the coronavirus pandemic.

“They cannot buy the people of Bristol Bay and ... we're really confident that people are seeing through this,” she said.

Sue Anelon, president of Iliamna Natives Limited, a village corporation, said she has signed up. She sees the dividend as a positive, regardless of whether one supports the project, citing uncertainties with the economy.

“When would be a good time for Pebble to make an announcement?” she said. “No matter what day they announced it, everybody would be making a comment.”

Anelon said she has long wanted economic development in the area and sees an opportunity with Pebble. She said she doesn't want anything to happen to the fisheries, either.

“We want to make sure it could all co-exist, everything, where people benefit from the mine and the other resource of fishing,” Anelon said.

The program would be open to year-round residents of about 30 communities in the region, according to the company. Tom Collier, Pebble's CEO, said residents can apply, whether they support the project or not.