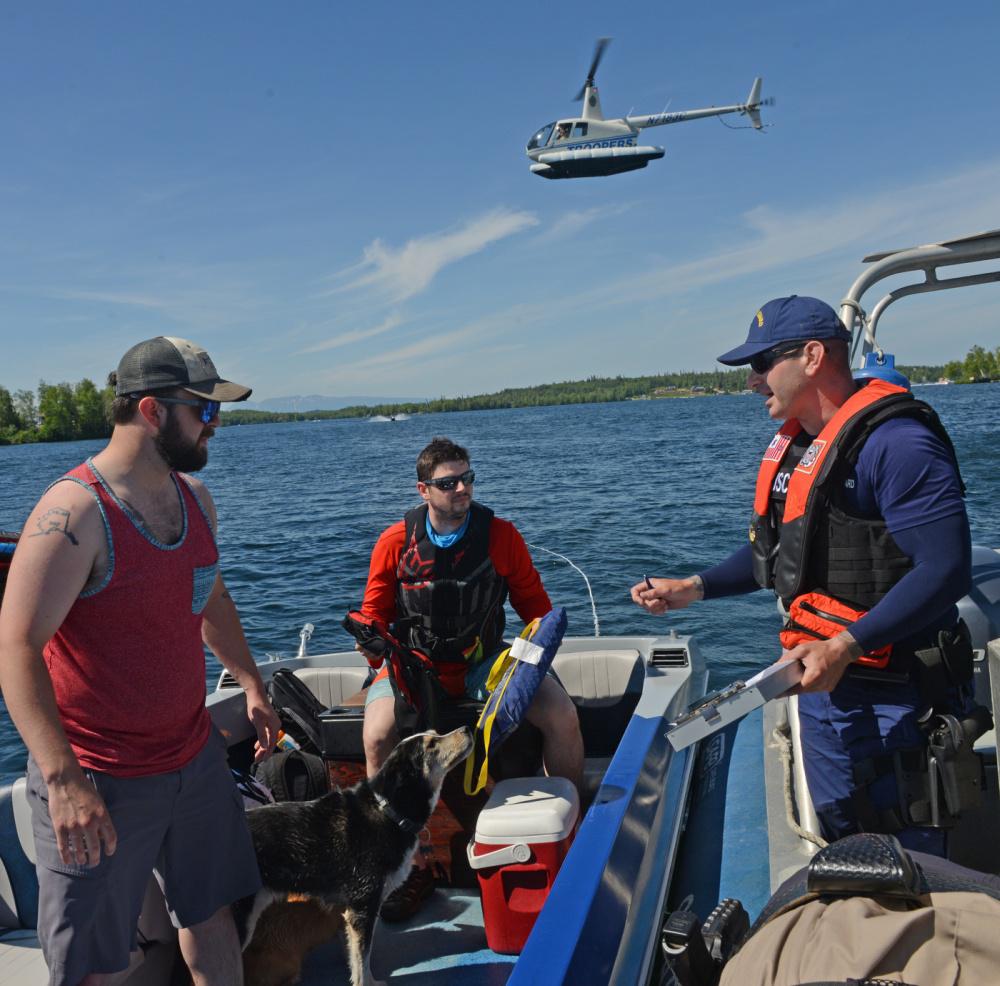 Photo courtesy of US Coast Guard.

Boaters can expect to see an increased law enforcement presence on waters throughout Alaska this holiday weekend.

Operation Dry Water is a national campaign focused on reducing the number of alcohol and drug-related incidents while fostering a stronger, more visible deterrent to alcohol and drug use on the water. The operation focuses on spreading awareness of the danger of boating under the influence as well as changing cultural acceptance of boating while intoxicated.

“Every year in the United States we see boating accidents that could have been prevented had alcohol or drug use not been involved,” said Chief Warrant Officer Thad Wagner with the Coast Guard Sector Anchorage Enforcement Division. “Along with our partner law enforcement agencies and boating safety partners, we’ll be out to be there to ensure boaters are operating safely and in accordance with the law.”

Though Alaska legalized recreational marijuana, the drug is still considered a controlled substance by the federal government and its use, sale and possession in the United States remain illegal under federal law. Boaters in federal waters in possession of personal use quantities of marijuana may be found in violation of 46 USC 70506(c), Simple Possession. This violation may include a civil penalty ranging between $500 to $5,000. As a federal law enforcement agency, the Coast Guard can seize marijuana on federal waterways, issue a civil penalty, and/or pursue criminal action.

In 2019, 736 federal, state and local agencies participated in Operation Dry Water nationwide. Law enforcement officers contacted 98,688 boaters, made 563 Boating Under the Influence (BUI) arrests, and issued 9,524 citations and 25,452 warnings for safety violations. In 2018, more than 7,000 officers from 574 local, state and federal agencies participated in the 72 hours of heightened BUI enforcement.

Alcohol use continues to be the leading known contributing factor in recreational boating-related deaths (19 percent in 2018; 23 percent in 2019). Operating a boat with a blood alcohol content of .08 or higher is against federal law and most state laws. Alcohol can impair a boater's judgment, balance, vision and reaction time. It can also increase fatigue and susceptibility to the effects of cold-water immersion. Sun, wind, noise, vibration, and motion - stressors common to the boating environment - intensify the side effects of alcohol, drugs, and some medications. Impairment can be even more dangerous for boaters than for drivers, since most boaters have less experience and confidence operating a boat than they do driving a car.

Persons found to be boating under the influence can expect to incur severe penalties. If a boat operator is BUI, the voyage may be terminated, the boat may be impounded and the operator may be arrested. Penalties can include fines, jail, loss of boating privileges and even loss of driving privileges.

For more details on the campaign, check out the NASBLA’s 2019 Operation Dry Water annual report or visit www.operationdrywater.org.