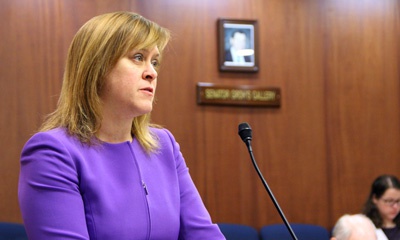 The legislature would then be required to approve the education funding bill by day 45 of each legislative session for the upcoming fiscal year.

“Education is one of the state’s core constitutional responsibilities,” said Sen. Costello. “This amendment will provide stability to Alaska’s education community by requiring legislators to act early. For too long, Alaska’s teachers and school administrators have been forced to operate under a cloud of uncertain funding when they should be free to focus on providing for a quality education for our students. It’s time we put our kids first.”

Under Article VII, Section I of the Alaska Constitution, the legislature must maintain a system of public schools open to all children. SJR 9 compliments this section by guaranteeing early-funding for Alaska’s public schools.

To be adopted, a constitutional amendment must be approved by two-thirds of each house of the legislature and by a majority of voters during the next general election.