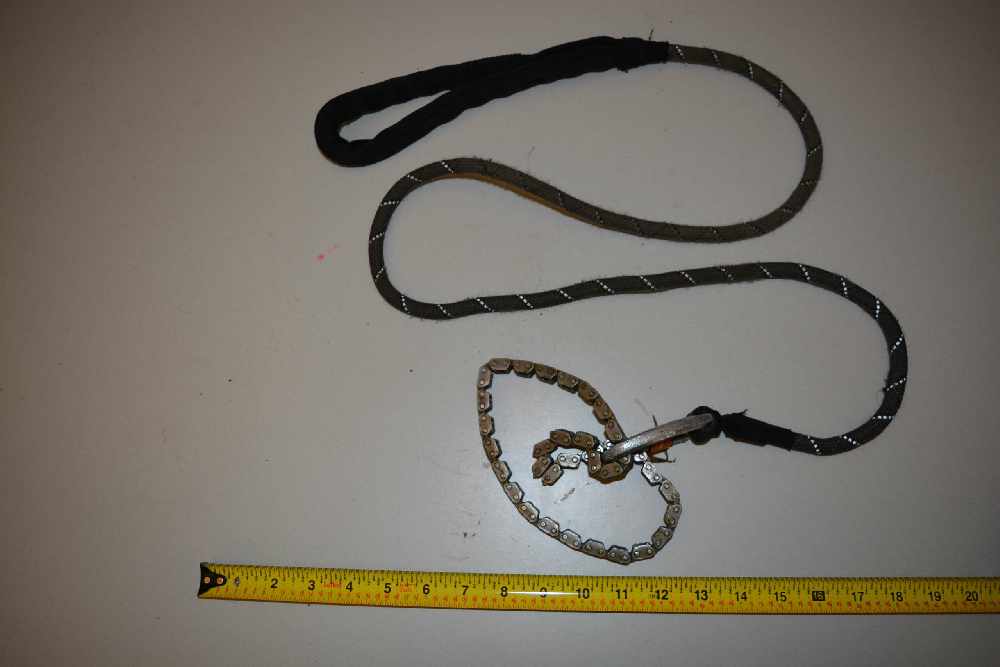 Rope/chain allegedly swung by Kelly Stephens the night he was killed. Photo credit to JPD.

Juneau, Alaska (KINY) - JPD is releasing videos and photographs from the December 29, 2019, incident with Kelly Stephens.

The videos and photographs can be found here.

The first video is from the patrol car driven by Officer James Esbenshade, which does not have audio recording feature. This video begins with Officer Esbenshade parked on Yandukin Drive, when he is dispatched to Cinema Drive upon a report of “shots fired.”

Upon arrival to Cinema Drive, the patrol car’s dashcam shows a group of people under ambient light from an apartment building, with one person later identified as Kelly Stephens holding an unidentified slender device. Two other people are backing away from Stephens.