School board approves contracts for teachers and administrators 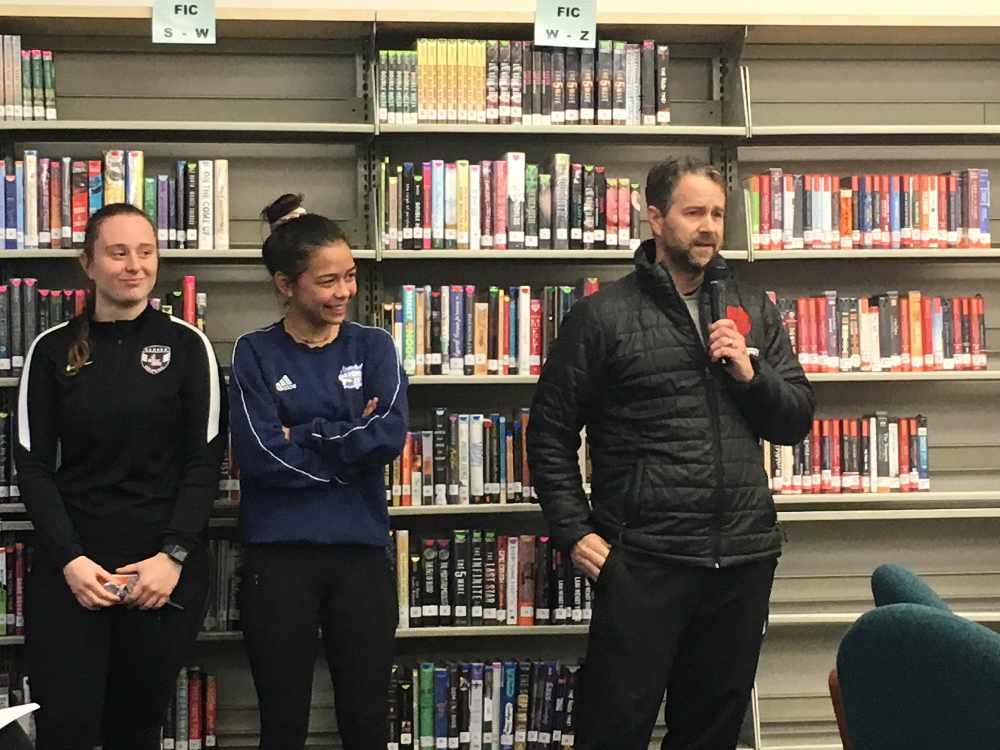 Juneau, Alaska (KINY) - The Board of Education also honored a state championship team and got an update on state education funding at the regular monthly meeting at Thunder Mountain High School.

"This is a major piece to the backbone of our working relationship with employees," Superintendent Dr. Bridget Weiss said, "We appreciate the efforts of the JEA and our management team."

It took 76 hours of bargaining to reach the agreement.  "It was very productive.  I think we are presenting a very good contract to you," Human Resources Director Darryl Smith said.

"Its a very critical group that guides the work.  It is equally important to the other contracts.  A collaborative process resulted in a three year contract.  It signifies a large body of work this year to get to this point," Dr. Weiss added.

Smith said he felt it was a very good contract.  He mentioned it increases professional development for administrators.

School Board member Dan DeBartolo said in the past these contracts were negotiated every year.  He said three year contracts will clear up a lot of time for administrators and teachers

"Our goal was to get better, we wanted to win, and collectively have fun.  We got better each time we took the field," Dusenberry said.

Two JDHS players are in the running for the Gatorade player of the year award.

327 high school students participated in a recent thought exchange survey.  It was designed to get comments on what teachers can do in the classroom to help students learn.  The students shared 408 thoughts and 5,843 ratings in the survey.  The top thoughts were teachers help students learn when they get to know the student as a person and not only as a student.   Other comments were students have better success when the teacher explains the requirements or expectations for a project.  It allows the student to prioritize certain projects or assignments better.   Other comments were in favor of teachers that give an accurate study guide and give students chances for extra credit.

The state department of education will disperse $20 million promised to schools tomorrow for fiscal year 2019.  Over $600,000 will come to Juneau schools.

The School Board will continue to meet on the second Tuesday of the month.  They will move regular monthly meetings to the library at JDHS beginning on August 13.