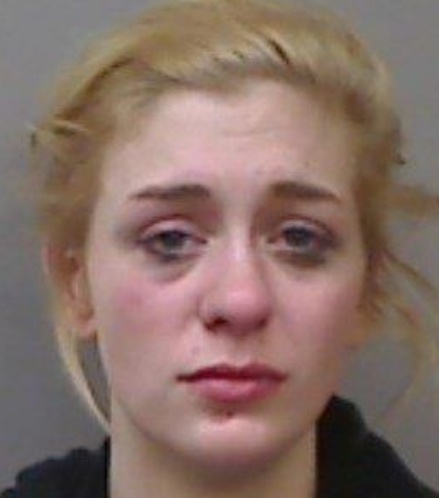 A mugshot of Samantha Wright.

On July 14 at about 10 a.m., officers received a report that a Ketchikan Correctional Center escapee, Samantha Wright, was spotted on East Sesame Street.

Officers responded but were unable to locate Wright. A witness, however, provided Wright’s whereabouts at an apartment in the 500 block of Grant Street.

Officers responded to Grant Street and located Wright in a third-floor apartment.

Wright had fashioned a makeshift rope by tying sheets together and used it to scale down the side of the complex. Wright made it to the ground without injury and officers observed her running away.

Officers were able to apprehend Wright within the same block as the apartment complex.

She was transported to the Ketchikan Correctional Center and booked on the warrant charges of Escape 2, Robbery 2, seven counts of Theft 2, and Theft 4.