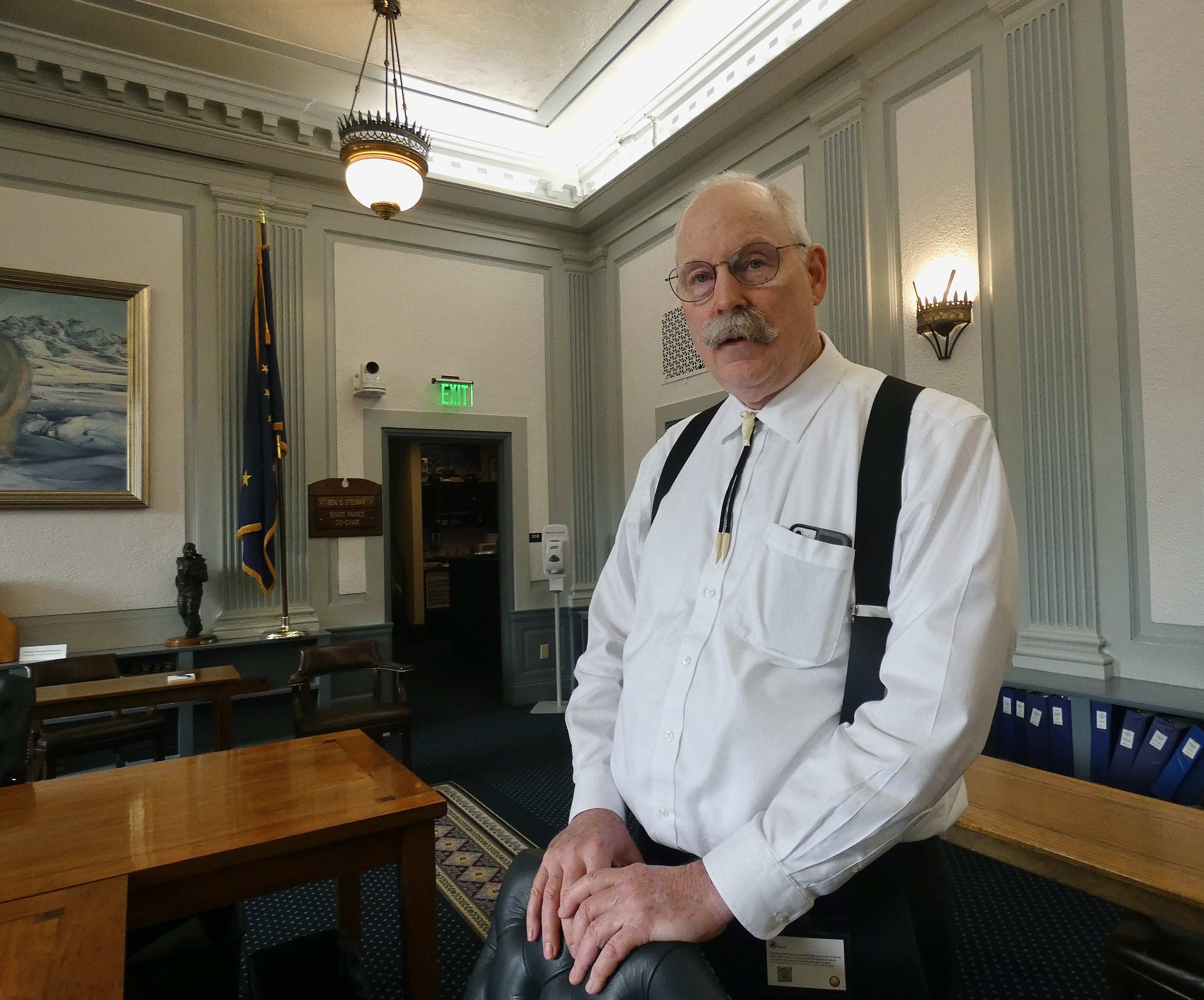 Sen. Bert Stedman, a Sitka Republican, was one of the lead negotiators on a budget compromise that the House and Senate are expected to vote on this week. (Klas Stolpe / KINY)

Juneau, Alaska (KINY) - The Legislative Conference Committee made up of members of both the House and Senate met over the weekend to hash out the state's budget.

The Senate had gone into the negations with a dividend proposal of $2,300 while the House had no proposed amount.

An amendment was made to the Senate amount by Sitka State Senator Bert Stedman which provides for an approximate $1,100 dividend.

Nome State Representative Neal Foster made his vote clear soon after the change was proposed saying that " If there was ever a time to pay a full PFD, to me that time is now." He added by saying he supports the full Senate amount. Golovin State Senator Donny Olson stressed the number of Alaskans that are dependent on the money that comes with the dividend. Olson thinks it would be a disservice to the economy of the State of Alaska with a dividend of this amount.

Fairbanks State Representative Bart LeBon supported the amendment, highlighting that the historical average of the dividend is around $1,100, and said that "this is a reasonable effort to achieve a good PFD amount."

With a vote of 4-2, the proposed dividend amount was put into the budget proposal.

Governor Mike Dunleavy took to social media to say "Once again the PFD is a political football subject to the whims of politicians." He cited this as proof that the PFD needs to protected within the state's constitution.

The State House and Senate are set to convene today at 3pm.