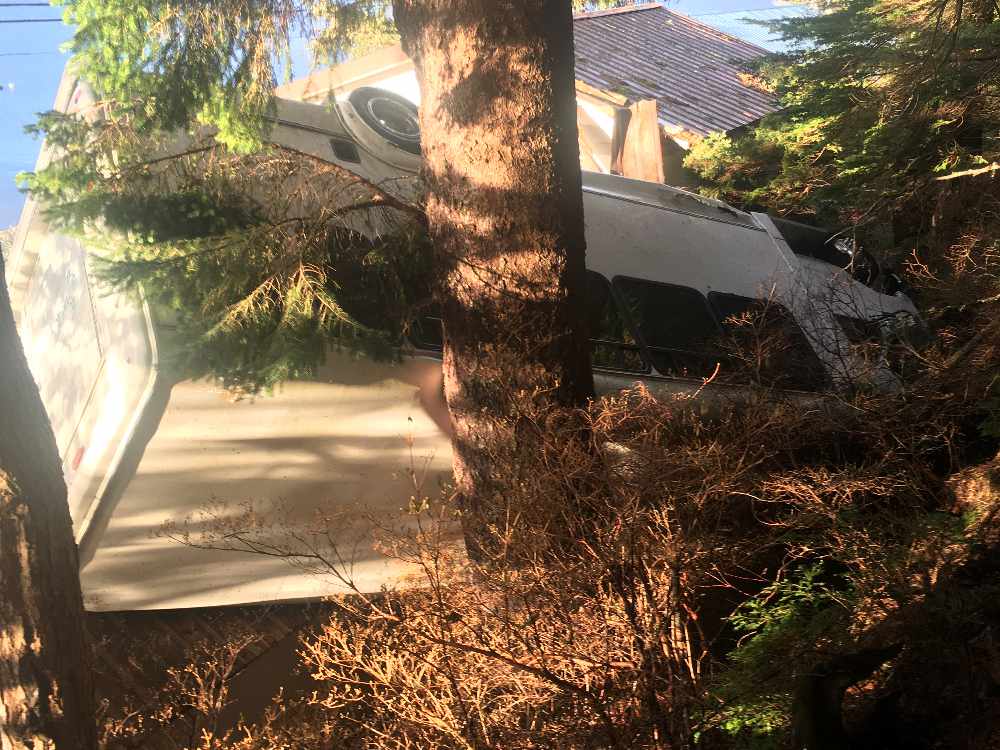 A Goldbelt Transportation bus sits on top of a home in Tee Harbor Thursday. Photo credit to Charles Murphy.

CCFR Assistant Chief Sam Russell said they were dispatched to a motor vehicle collision with a vehicle over the bank at around 7:15 a.m.

Russell said the single occupant of a shuttle bus struck a parked vehicle in the 18000 block of Glacier Highway.

The bus slid down the bank and landed on the roof of a vacant home.

The driver was taken to Bartlett Regional Hospital for evaluation.

Juneau Police said the bus was headed southbound on Glacier Highway when it struck a parked 2017 Toyota Tacoma pickup and slid off the embankment around 7:15 a.m.

The pickup was also sent down the embankment and a flight of stairs were destroyed.

The bus remained on top of the home as authorities figured out a way to remove it.

Police said they believe significant damage was done to the home.

The driver showed no sign of impairment.  Police believe the accident was caused by some kind of medical issue.

Crews were on the scene for over six hours working on the issue Thursday.