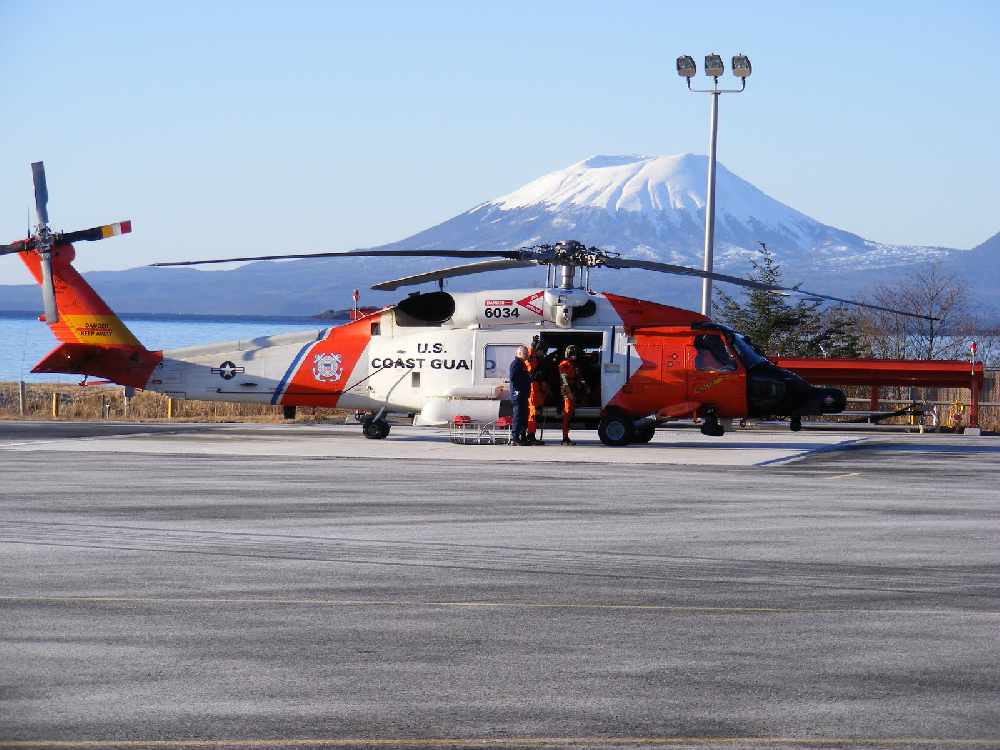 An MH-60 Jayhawk helicopter crew from Coast Guard Air Station Sitka hoisted the man from the vessel and transported him to Sitka, where he was transferred to emergency medical service personnel for further care.

At approximately 9 a.m., Coast Guard Sector Juneau watchstanders received a telephone call from the crew of the cruise ship Oosterdam. They requested the medevac for the passenger reportedly suffering stroke symptoms.

The cruise ship was approximately 13 miles off the entrance to Dry Bay and heading north when the crew made the call and altered their course to close the distance with the responding helicopter.

The helicopter crew was on a training flight when they were diverted to conduct the medevac.

"The aircrew returned to Air Station Sitka to swap crew members and departed at 10 a.m. to Oosterdam's last reported position," said Lt. Kyle Johnson, co-pilot on the medevac. The aircrew arrived on scene at 11:13 a.m., and lowered the rescue swimmer and a litter to the bow of the vessel. The passenger was hoisted in the litter and the rescue swimmer was recovered with a bare hook. "The aircrew departed the scene and made the best speed back to Air Station Sitka, where EMS was waiting with an ambulance."

The passenger was transferred at 1 p.m. in stable condition.