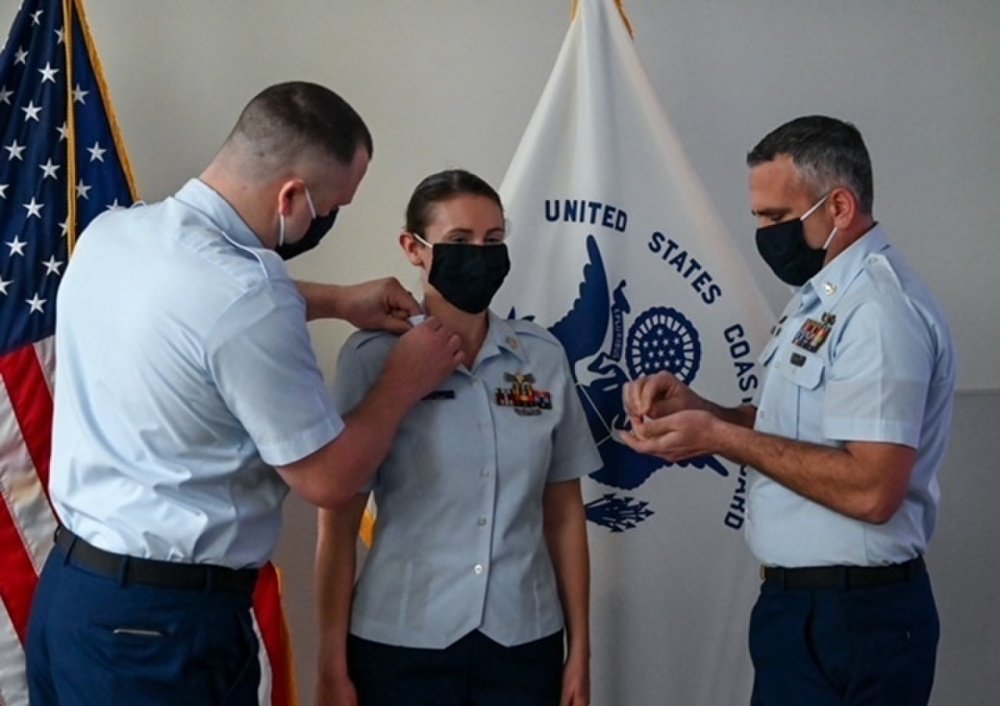 "Petty Officer Jones is a tremendous leader who embodies the Coast Guard's core values of honor, respect and devotion to duty," said Bell, "Her example is an inspiration to others and I'm extremely pleased to recognize the outstanding role she plays in both the Coast Guard and the community of Ketchikan."

Jones was recognized for exceptional proficiency while conducting Coast Guard operations and responding to a 250-ton vessel dragging anchor.  After arriving on scene and overcoming 115-mph winds, she was able to safely maneuver the much larger vessel into an area of safety, ultimately preventing a major pollution incident and saving the two lives aboard.

"I am incredibly proud of Petty Officer Jones," said Chief Petty Officer Nathaniel O'Connell, officer in charge at Station Ketchikan.  "She is an outstanding performer and has implemented many positive changes here at the unit and in the community.  She is the epitome of the Coast Guard's core values and I could not be happier for her."