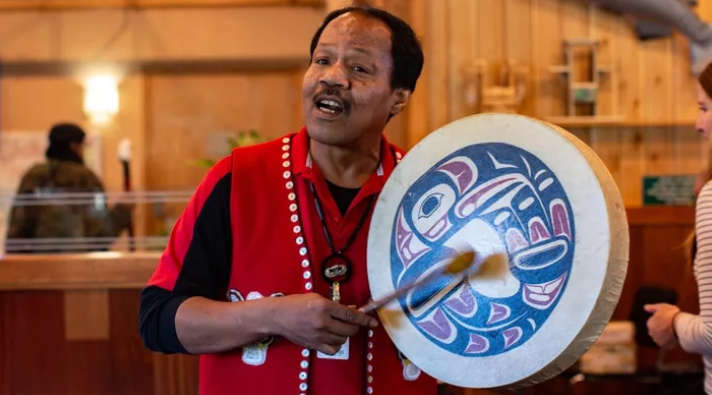 Juneau, Alaska (KINY) - John B. Perkins was well known for reciting original Tlingit poetry while drumming at the Goldbelt Tram.

Update 0 1/22/2023: The memorial was held Saturday as planned to remember Perkins.

Family members shared their memories of Perkins, some somber, and some that they couldn't help but to laugh about.

"We couldn't have done this without all of the donations and help," Elizabeth Hogue, Perkin's niece, said. "I don't get to see my family all in one place very often, so this is special."

Below: Hogue sang Perkin's favorite song as planned, 'A Place in the Sun' by Engelbert Humperdinck  , and invited everyone to sing along. (Photo credit to Jasz Garrett/KINY) 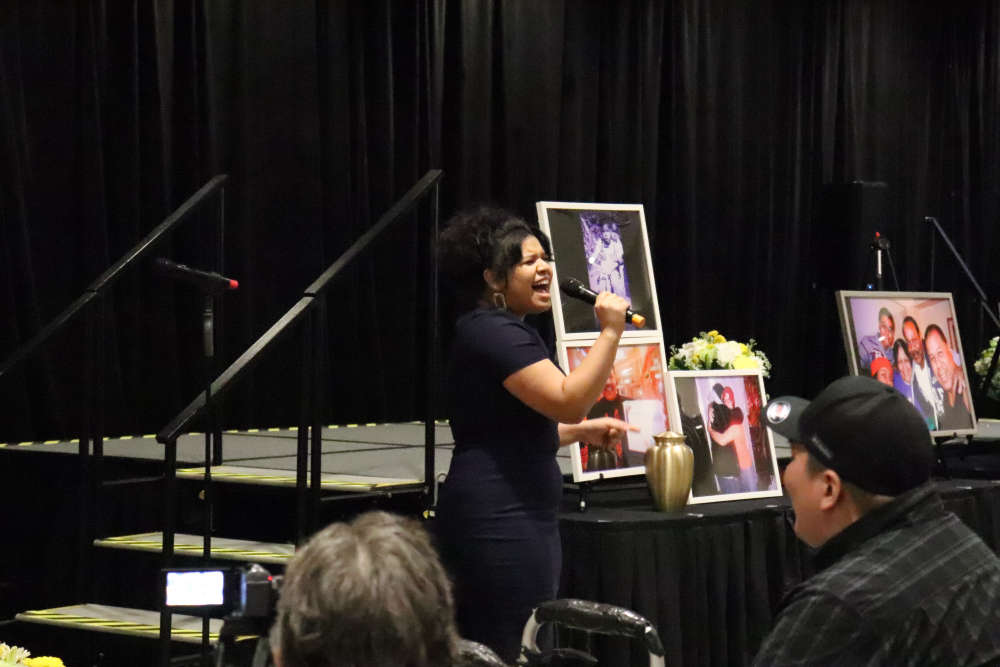 Elizabeth Hogue, Perkin's niece, started a GoFundMe asking the community for donations of up to $5,000 to cover his memorial.

The GoFundMe was started four days ago, on January 4th, and has already gathered a little over half of its donation goal.

Hogue spoke to News of the North on Sunday about how it feels to receive the community's ongoing support.

"That feels absolutely amazing. I didn't realize how much support he had. That is such a warming feeling for me, especially people from all over. Like he has family in Louisiana and Seattle, and the fact that their friends are donating to it just means so much. We're actually shocked that people are just supporting us like that. I have people calling me all the time expressing how much they love John. I didn't realize how much of an impact he made. The Goldbelt Tram called me, they said they all wanted to donate and support. Knowing he had a whole team of people that were like family, you know, like his other family, I couldn't believe it. We had different lives. But when we did come together, he always made sure to support me with music, and he was just a really nice guy."

Hogue detailed how the donations will help her family give Perkins the memorial he deserves.

"So the GoFundMe will be used to host a memorial for Johnny B. Perkins at the Elizabeth Peratrovich Hall. A lot of the donation is to help with the cremation process. Since he was heavily engaged in the native culture, we want to make sure we can bring that to life in the memorial. So I definitely am working with people to get the decorations and all that to happen. It's going to be a hybrid event. So there's going to be family coming in on Zoom, as well as people coming in person. I want to make sure that guests are fed and there's going to be catering."

Not only did Perkins influence the community of Juneau, but his poetry and drumming reached people from all over the world through his work at the Goldbelt Tram. Hogue shared his vital role in preserving Tlingit culture.

"He wanted to add a theater element while engaging guests and educating people about Tlingit culture. I remember he noticed that guests weren't as engaged when people are just telling the stories, he wanted more passion in it. So he decided to write original native poetry about the Thunderbird clan, and how the natives gathered seafood, he made that engaging. He would drum to it. Sometimes while he would drum at the tram, he would have guests dance with him. So through that, I know, even though I've only watched him a couple of times, I've had people come up to me that I didn't know. They would go 'we would go to the tram specifically just to see John and hear his poems.' And to hear that was actually just so amazing. Who knew that poetry could get people together like that? I didn't realize how powerful that would be. It's a language people understand. He brought everyone together through poetry. People started to get interested. People from all over the cruise ships would ask him about native culture."

Hogue is a songwriter in Juneau. She opened up on her own personal relationship with Perkins, stating her uncle was the most influential supporter of her music.

"Me and John definitely shared that in common, because my musical journey started off with poetry too. I started to write music. And Johnny B. was actually one of the first family members who encouraged me to really keep going. Johnny B. would actually message me and sit down with me a couple of times. He would go, 'with your talent, you're going to impact the world, and you need to keep sharing it.' So he was the one that really made sure to let me know that I did have a talent. He was like a big-time supporter. He kept me going."

Hogue entertained the idea that perhaps she will begin to incorporate the Tlingit language in her music as a way to further honor Perkins.

She encouraged the community to stop by the Elizabeth Peratrovich Hall on Saturday, January 21st, and share funny stories because "that's what Johnny B. would have wanted."

The time of the memorial is still to be decided, and this article will be updated with further information.

It was noted what else the memorial will include.

"Anyone is welcome to show up. Even if they show up for like 10 minutes because Johnny B. Perkins, he wasn't really about formal. He wanted people to feel like a big family. And he's all about laughter and music. Anyone who met him knows he's a funny guy. For this memorial, we're going to channel that. We're definitely going to be singing, I will be singing one of his favorite songs during the memorial and acapella. I'll be singing 'A Place in the Sun' by Engelbert Humperdinck. We'll also invite people up to speak." 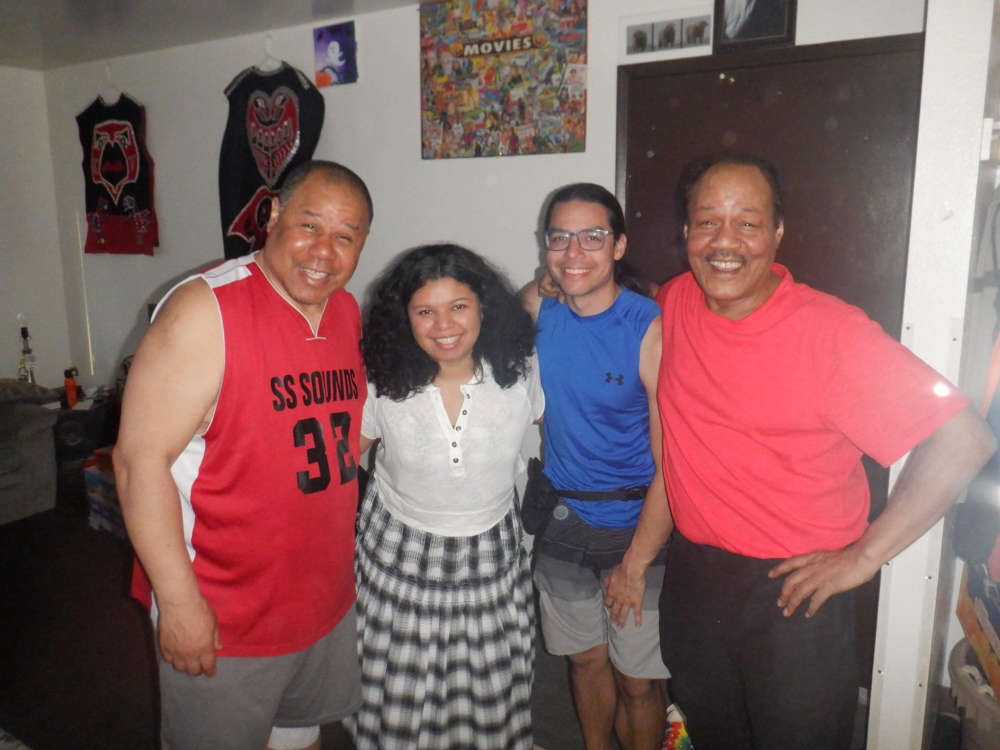