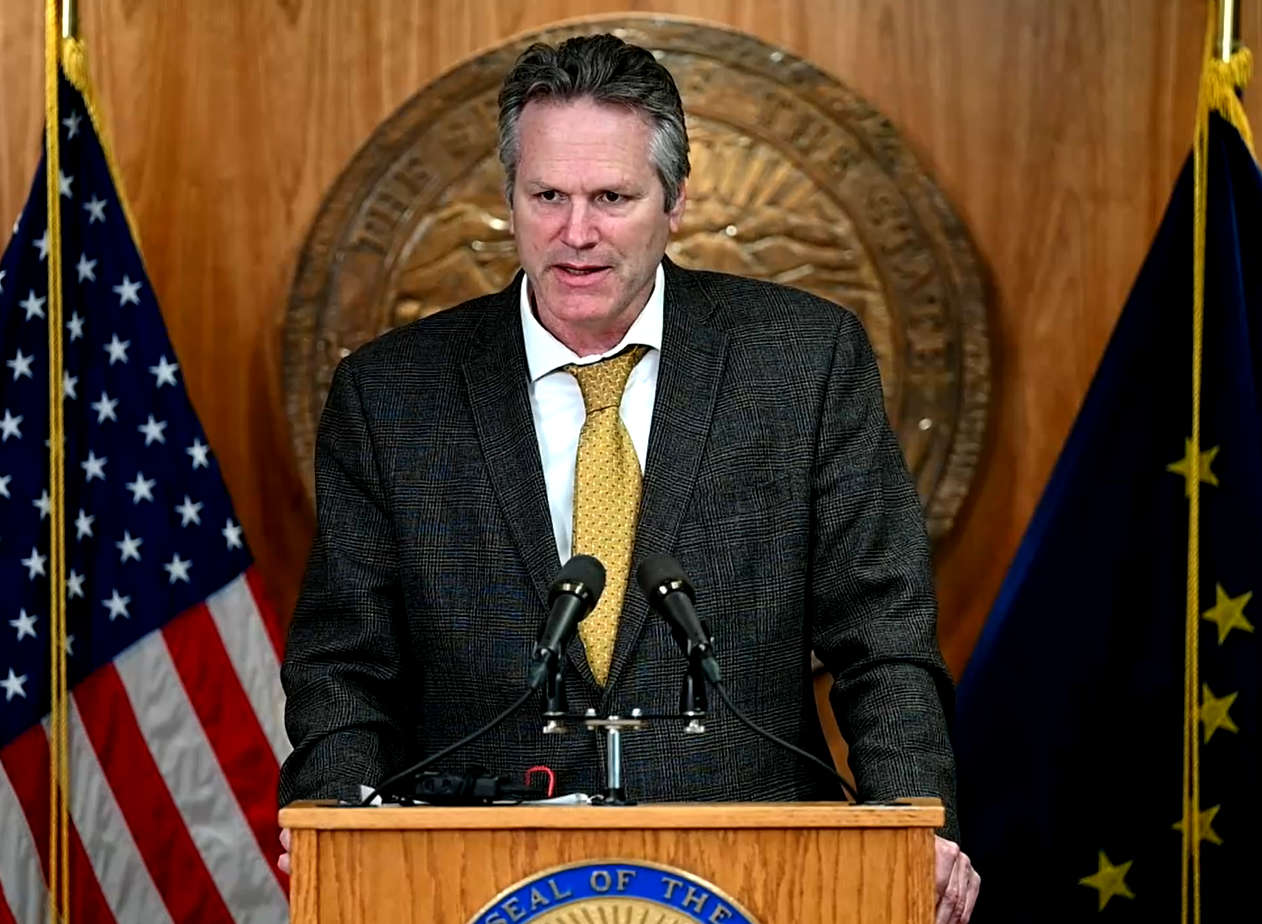 Gov. Mike Dunleavy during a May 19 press conference at the Capitol.

Juneau, Alaska (KINY) - Gov. Mike Dunleavy held a press conference on Thursday, where he spelled out no need for a special session - and gave a semblance of hope to the City and Borough of Juneau in its quest for school bond debt reimbursement.

A major part of the CBJ budget relies on a $16 million reimbursement from the state. In previous years, reimbursements to municipalities were cut due to state budget deficits.

According the CBJ Finance Director Jeff Rogers, with $16 million of unexpected state revenue, the city budget would produce a surplus in FY 23 of $8.8 million.

Regarding the course he will take with bills that have passed during the 32nd Legislature, the governor said he was going to take a look at all of them.

"A lot of bills were combined at the end of the session, like we normally do," Dunleavy said. "In this process, as time's running out, there's a hectic attempt to try and get things across the finish line. So, we'll take a look at those bills to see what bills made it across, and if those bills are good for Alaska, are structurally sound, and it's something that we believe that people of Alaska would embrace, we'll take a look at that."

Dunleavy also touted his philosophy of people over special interests.

"I always look at government, and what we do in government, in that we have a moral imperative to serve people," Dunleavy said. "I think it's very important to look at it that way. And that's that's how this administration has viewed everything. Do we have the money to underwrite government? Are we in a situation where we're at $24 barrel oil or $100-plus a barrel? How do we save money? How do we make sure that money is allocated in a manner? Once again, that's consistent with the belief that the people of Alaska should be put first, as opposed to special interests."