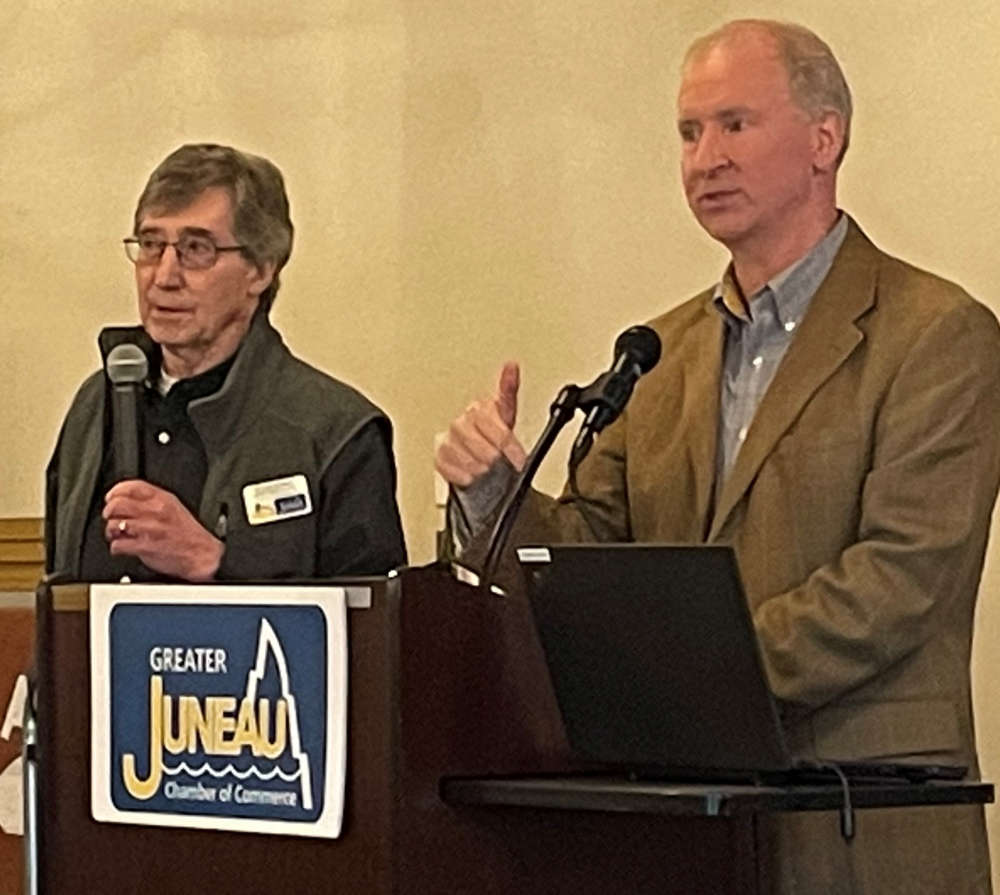 Juneau, Alaska (KINY) - The Juneau Economic Development Council presented the results of their 2022 legislative satisfaction survey during a chamber luncheon.

JEDC partners with the Alaska Committee to survey all elected officials and staff about their satisfaction with Juneau and its amenities.

124 responses were received, providing an overall response rate of 47%.  Of the total respondents, 80, or 65%, indicated that they do not live in Juneau year-round.

Among legislators who live in Juneau only during the legislative session, 67% find housing in long-term rentals, while 13% own a home in Juneau, and another 13% lodge in a hotel or motel. 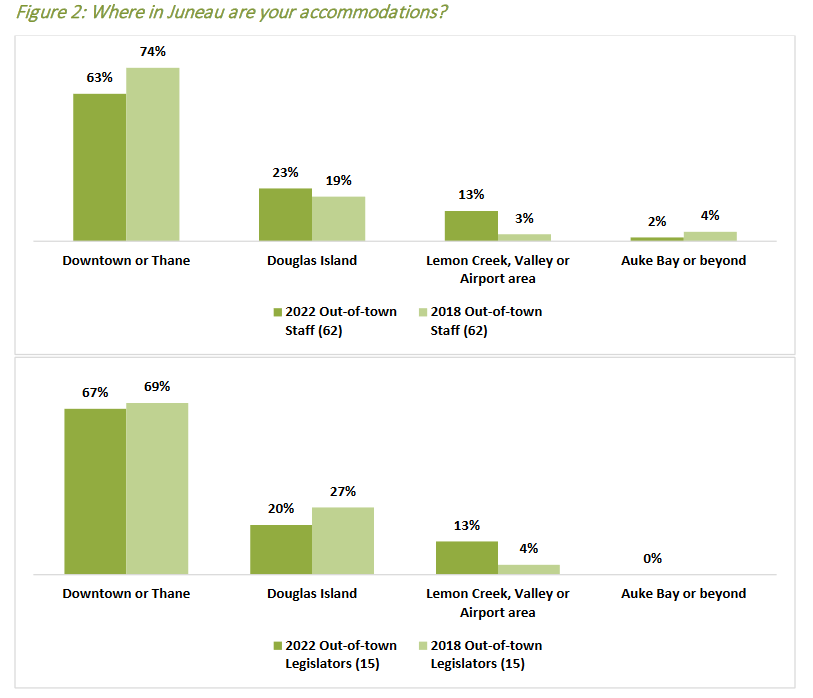 Holst said housing was a top concern, as well as where they stay.

"In 2022, we're seeing fewer long term rentals for people living in the session, more motels and greater use of Airbnbs. We're seeing that similar, not to dissimilar with legislators," he said. "What is happening is housing is harder and harder for staff and legislators to find during the session. We also asked about where they are living. The preference for both staff and legislators is to be in the downtown core, that's the reference, and what we're seeing is that over time, there are more people being pushed out into either Douglas, Lemon Creek. It's not that people don't like those parts of town, it's that they would rather be downtown."

Respondents were asked for opinions on what Juneau could do to improve parking downtown. Compared to the 2018 survey, there was an increase in 10% of comments asking for more parking and a 7% increase in comments both stating that parking was no issue, or for less parking. In the 2018 survey, 10% of respondents had asked for better parking enforcement, a topic that was not mentioned in the 2022 survey. Instead, 10% of respondents wanted free parking.

"The most common comment is more parking. I think it's a function of being forced to live outside of the downtown area. So more people are being forced to live outside also compounds the makes it that so you want to have more parking available to you but also issues around parking were that were mentioned this was a free response. People mentioned better snow removal shuttles. Those were issues that were related to the availability of parking, so parking continues to be a strong concern of legislators and the visitors."

Holst says safety was a top concern in the 2018 survey, but this year it was not.

"In 2018, one of the elements of Juneau that was the most disliked by our legislators, their staff, was the sense of safety downtown. That was a huge concern for all of us in 2018. The survey this year puts safety, it has now become an issue right in the middle of the pack. So we're not saying that people no longer have any concerns about their safety downtown, but it does appear that actions that have been taken by our community to address some of the vagrancy issues, that lack of insecurity or lack of security or sense of insecurity downtown, have diminished amongst legislators and their staff. So that's that is some positive improvement for our community."

The report writes that suggestions for improved access to Juneau mainly focused on more flights and improved flight connections. Improved access between the airport and downtown was also a common suggestion, and a few requested improved ferry service.