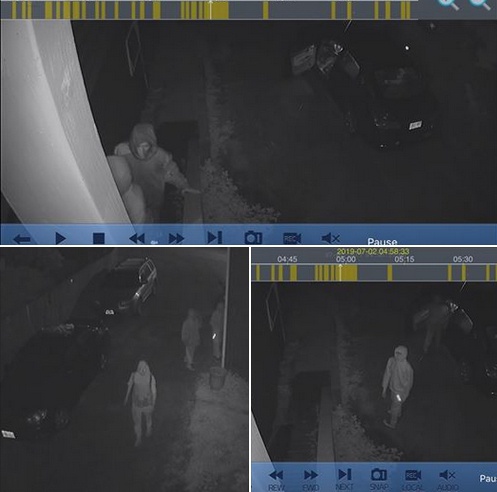 Images of the car thieves can be found on JPD Facebook page.

Juneau, Alaska (KINY) - The Juneau Police Department is seeking information from the public about a July car theft.

According to a police press release, on July 2 at about 1:30 a.m., while conducting patrol in the 300 block of South Franklin Street, a Juneau police officer located a grey 2014 Nissan, running and unoccupied. The Nissan had damages to the front end that appeared to be new and was later estimated at about $5,000.

Photos from the surveillance system have been posted to the JPD Facebook page.

JPD is asking the publics assistance with identifying the individuals in the photos. If anyone has information regarding the identification of the individuals, please contact JPD at 586-0600. Tips can also be reported online at juneaucrimeline.com.