Update: Fishermen stand together in a show of solidarity against low prices 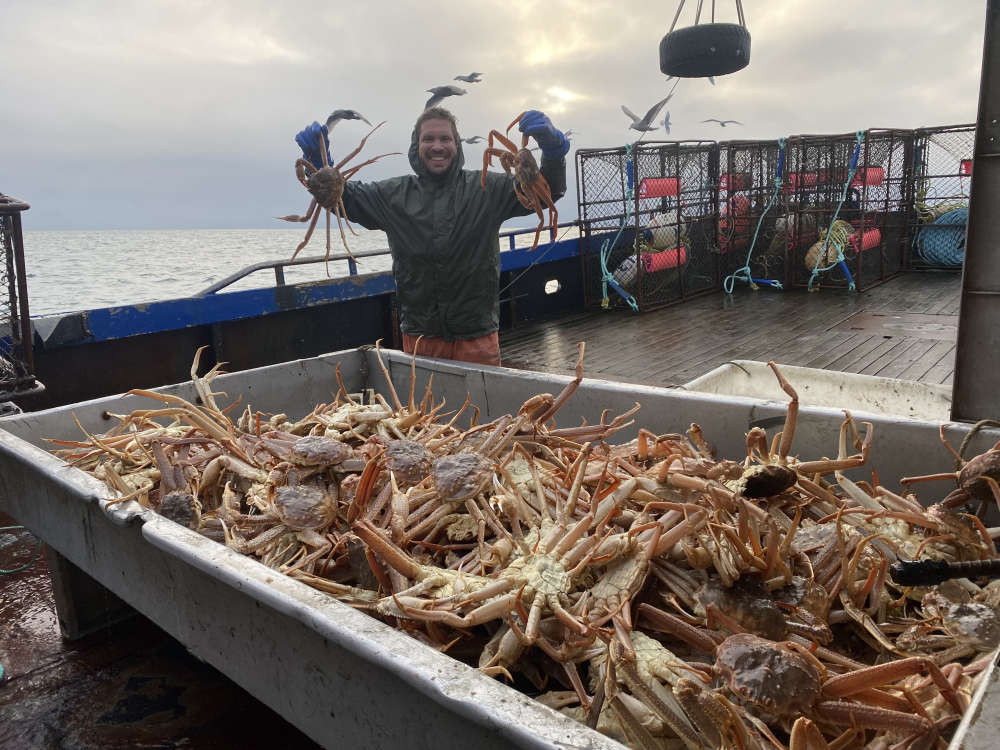 Kodiak, Alaska (KINY) - Not a single crab boat from Kodiak, the Alaska Peninsula, or Chignik broke ranks to drop pots for a harvest of 7.3 million pounds of bairdi Tanners when the fishery opened on January 15.

There is another meeting Sunday night at 6 pm. The new earliest date they will fish is Tuesday, the 24th at noon.

The stand down by the fleet of nearly 170 vessels stems from the crabbers’ refusal to accept a price of $2.50 a pound from four local processors: Trident, Alaska Pacific Seafoods, Ocean Beauty, and Pacific Seafoods.

“We have solidarity among all groups,” said Kevin Abena of Kodiak, skipper of the F/V Big Blue and secretary and treasurer for the Kodiak Crab Alliance Cooperative (KCAC) which represents 121 permit holders.

The crab alliance called the low price offer “unfair,” and “unreasonable,” Abena said, adding that “to have all four processors come back with the same price is shocking.”

The Westward region’s combined Tanner crab catch this season is 7.3 million pounds, the largest since 1986. It also is now the largest crab fishery in Alaska due to the closures of the Bering Sea red king crab and snow crab fisheries.

In 2022 the crabbers received a record final price of $8.50 per pound for 1.8 million pounds of Tanner crab, which weigh 2.2 pounds on average.  That brought more than $15.3 million into the pockets of local fishermen.

Abena said the crabbers realize that such a high price is not realistic this season due to less favorable market conditions.

But they called the $2.50 price offer a “slap in the face for such an excellent crab product” – especially since smaller Tanner crab from the Bering Sea are fetching a base price of $3.70 per pound from Unisea in Dutch Harbor.

Fishermen there also are guaranteed a retroactive boost for their two million pound crab harvest after sales are made. That will bring their final price to about $4.00 per pound.

Abena said Unisea will take all the Tanners they can get. Peter Pan Seafoods at King Cove also is negotiating for the crab that would be delivered by as many as 50 local boats.

“Our Tanners are more than one inch larger than the Bering Sea crab,” Abena said, meaning they produce bigger and more desirable 12-ounce leg sections on average.

The cooperative is now securing tenders to take the local crab to Dutch Harbor and potentially King Cove.

“It’s sad for the community that every bit of this crab could be walking out of town,” Abena said. “But we are not going fishing for $2.50 a pound.”

The crabbers are not facing a time crunch. The Tanner crab fishery can remain open by regulation until March 1.

Abena spoke to News of the North on Wednesday, January 18th about where the crabbers stand as of now.

"We decided the 16th to stand down until the 22nd. So the earliest we will go fishing is the 22nd at noon. We have an association meeting on Friday at 6pm. At that meeting, we hope to have more and better news we need to settle on a price before we can set these tenders up. We have to know we're going to go fishing before we can finalize the tender arrangement. I believe we're going to make a lot of progress on that today. So as of now, we will be fishing at earliest one week after the start."

They're continuing to work on the tenders.

"We have tenders lined up to go to Dutch Harbor. We currently don't have tenders lined up to go to King Cove or Peter Pan. We're kind of waiting on the Peter Pan and King Cove to settle with their fishing fleet down there with their crab fleet. After that, I think we're going to be able to talk to them very seriously about getting tenders to Kodiak. We expect that to happen today." 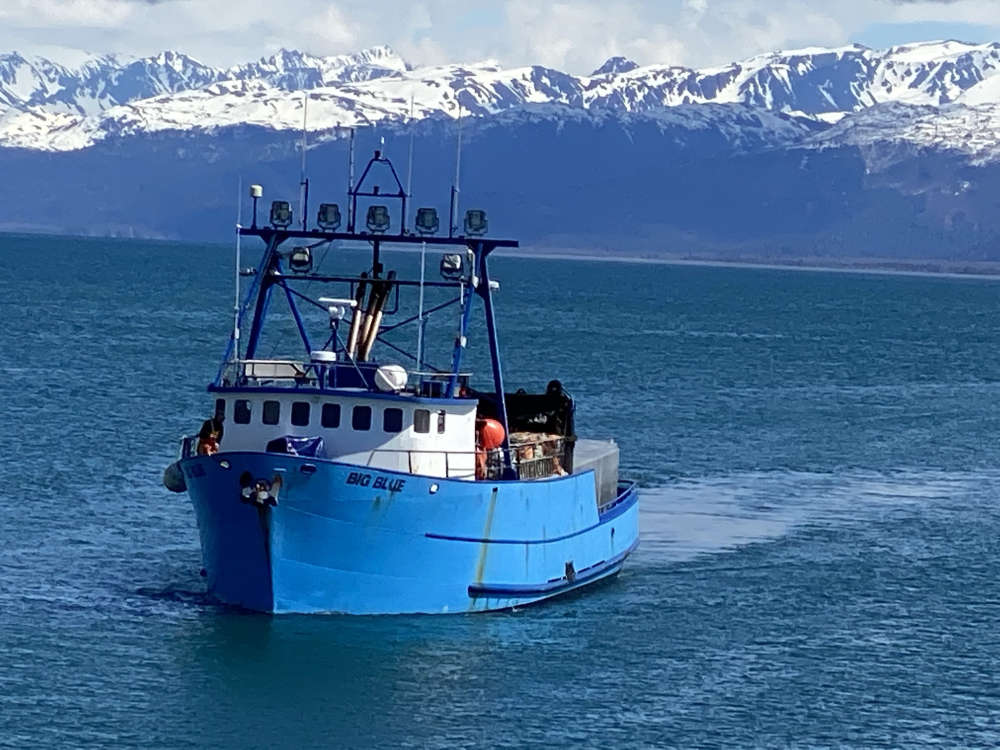 Above: Abena is the skipper of the F/V Big Blue. (Photo courtesy of Kevin Abena)

He said this is a unique situation.

"We're excited to have the support and the unity that through this group, it's a very diverse group. We have 32 foot gill netters and 120 foot crabbers, and cod fishing boats and Pawlik trawlers. We have a very, very diverse mix of fishermen sticking together right now. The only way that's possible was through the the extremely low price we were offered for this product. That's about the only way you get support like this. We all understand that this stuff is more valuable and what we do is more valuable than than what's been offered. We're going to stick together until we get something that we can justify taking these boats out to fish for."

Abena was asked what he hopes to accomplish as the outcome.

"Honestly, I'm hoping to I'm hoping to see the Kodiak price come up and I'm hoping that we can get this fleet fishing. That's the goal. The goal is to get a fair and reasonable price for these crab and go fishing. We're willing to share the risks with these canneries. We're willing to go fishing for $3 which was already offered, if it includes some kind of profit sharing model. They worry about hanging on to these crabs, they worry about the risk. Let us share the risk with you. If you don't make more money on them, we don't make more money on them. We're happy to look at that situation. If profit sharing isn't going to realistic options for these guys and Kodiak for these canneries. Then we're looking for something in the $4 or $5 range. We're looking for what these crab are worth."