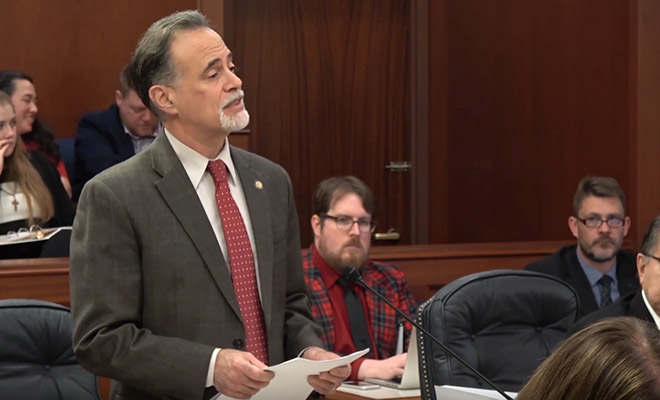 Soldotna, Alaska (KINY) - Senator Peter Micciche this week urged the leadership of the Alaska Department of Public Safety to halt a plan that would centralize 911 response services.

The current plan is related to the Emergency Communication Center Project initiated by the Walker administration in 2018 to improve DPS capabilities in rural Alaska.

While Sen. Micciche shared that goal, he said he is concerned the approach would negatively impact public safety for urban and semi-urban areas, such as the Kenai Peninsula, the Mat-Su and Southeast.

Sen. Micciche, a longtime advocate of improving 911 services, instead believes the department should “get back to the drawing board” with experts and stakeholders.

“The current plan to centralize the 911 response center – when municipal partners must continue operating their own centers for police, fire and EMS services – is laced with inefficiencies, competing 911 resources, and significant cost increases,” said Sen. Micciche. “It will put residents and officers at additional risk and slow response times between agencies. There is a need for improved rural technical capabilities within the system. Doing so at the response expense of urban and semi-urban Alaskans, however, is not a responsible solution.”

The fiscal year 2021 budget included intent language stating: “It is the intent of the Legislature that the Department of Public Safety not implement a new Anchorage Emergency Communications Center without legislative approval.”