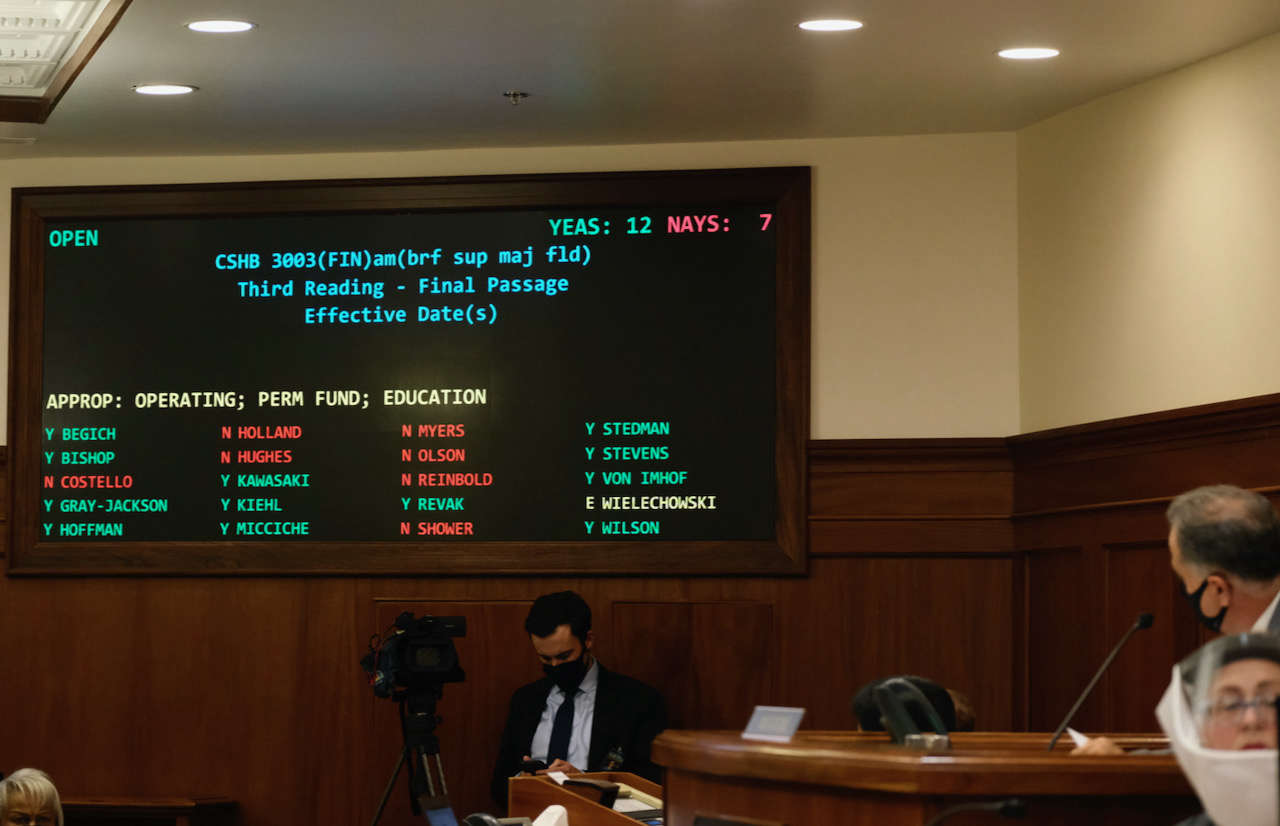 The Senate approved a roughly $1,100 dividend on the last day of the third special session of the year Tuesday. (Klas Stolpe)

Juneau, Alaska (KINY) - The Alaska State Senate has approved a $1,100 permanent fund dividend Tuesday on the final day of the third special legislative session, Governor Mike Dunleavy announced he has no intention to veto what he called a "partial PFD."

Passage of the PFD bill in the senate was contingent that no changes be made due to the State House canceling their floor session Tuesday and rules that do not allow them concurring on legislation the same day the other body passes legislation.

The senate was then barred from changing the amount of the PFD or else the bill would die, however, attempts were still made to increase the size of the check. One such change called for an approximate $3,800 check that was proposed by Wasilla Senator Mike Shower, but he says he feels backed into a corner.

"I'm tired of getting slow rolled," he said. "It's like let's just wait, wait, that's the standard MO here. We push this back to the last possible day, and then what happens? Now we are backed into a corner again with no option to pass something because if we pass it different, and the other body doesn't, it's done, there's no PFD, it's $1100 or nothing. That's the option that we were put into and it feels like a setup to me, I'll be honest with you, your rolled to the end of this, what option do I have? How do I look at my constituents go 'Sorry folks, I don't think I get you even a statutory PFD, can't do it, because I don't vote for this, then there's nothing.'"

The $3,800 dividend proposal failed. Another attempt was made to increase the amount to $2,350 to match Governor Dunleavy’s proposed amount when he called the third special session.

The change to increase the check to residents had initially passed in a narrow vote, but one senator who had voted in favor of the larger check, Fairbanks Senator Scott Kawasaki, moved to reverse his decision.

"We know that earlier today, It's factual, that they canceled floor session on this 30th day of session. You know, I heard that we've been playing chicken with the house. We've got two immovable bodies, this one that wants a large PFD, myself included, I just voted for one here, supported it, co-sponsored it, I've said very clearly to the people in the district that I represent in Fairbanks that I support a larger PFD, and I've been very consistent with my votes, every time," he said. "But we are not playing chicken with another immovable body, we are playing chicken with a wall."

Since no changes were made, the Senate approved the final bill 12 to 7, moving forward an $1,100 PFD to the Governor.

Dunleavy says he won't veto the dividend passed by lawmakers, but sees it as a partial payment, and called for another special session to "get the rest of this year's PFD" and address fiscal issues, starting Oct. 1. 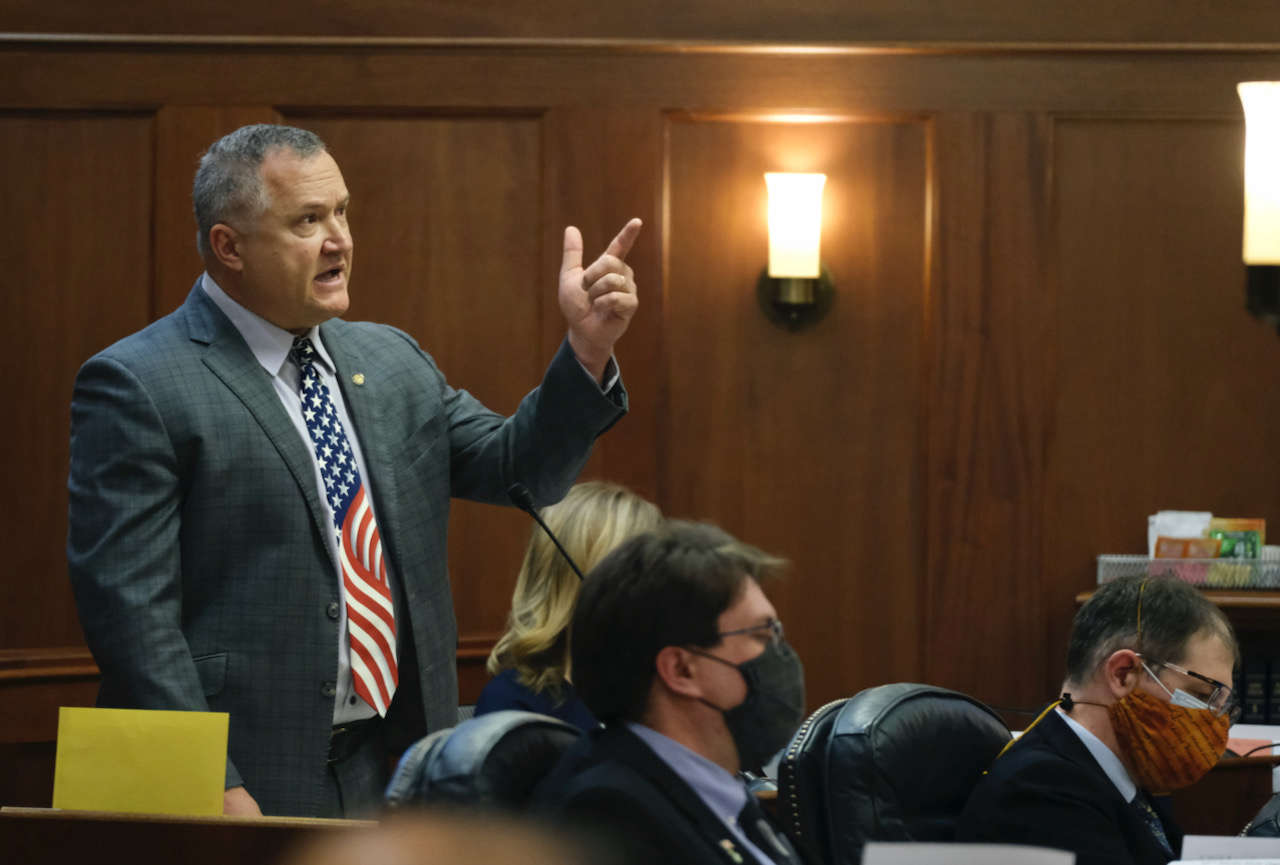 Above - Mike Shower, R-Wasilla, gives heated testimony concerning the permanent fund dividend on the Senate floor during the final day of the third special session Tuesday at the Capitol. Below - Senate Finance co-chair Click Bishop, R-Fairbanks, listens as colleagues discuss bills concerning the permanent fund dividend on Tuesday morning in the Senate Finance Committee room at the Capitol. (Klas Stolpe) 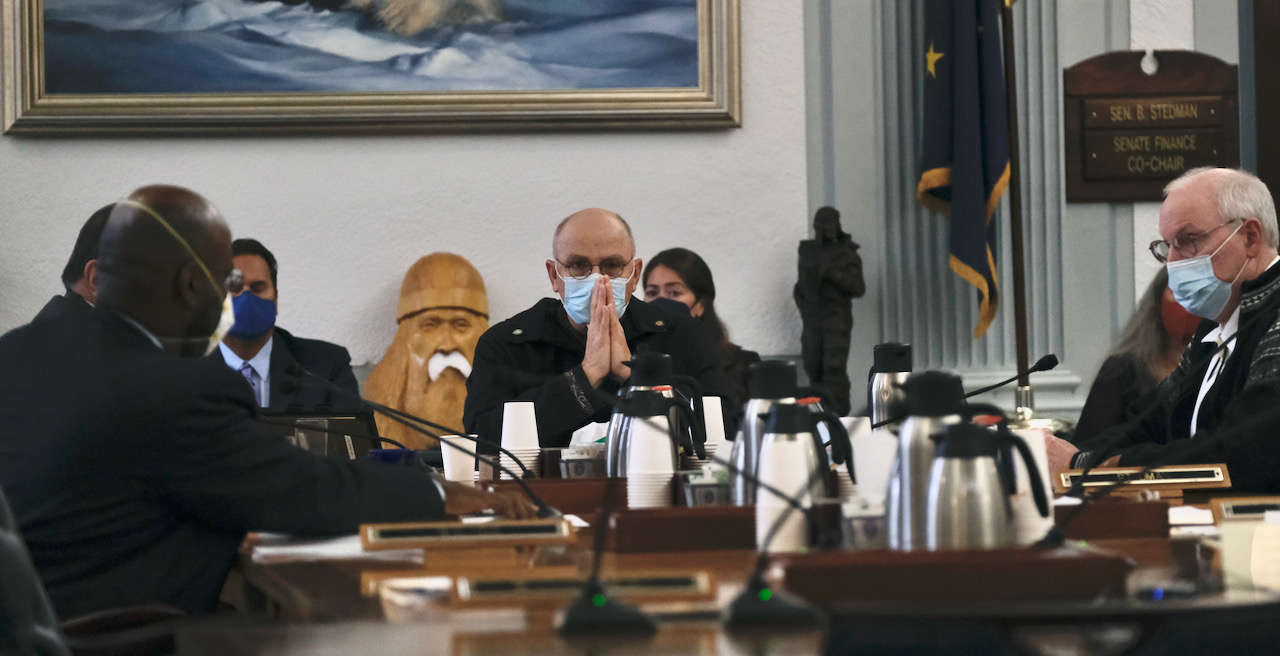