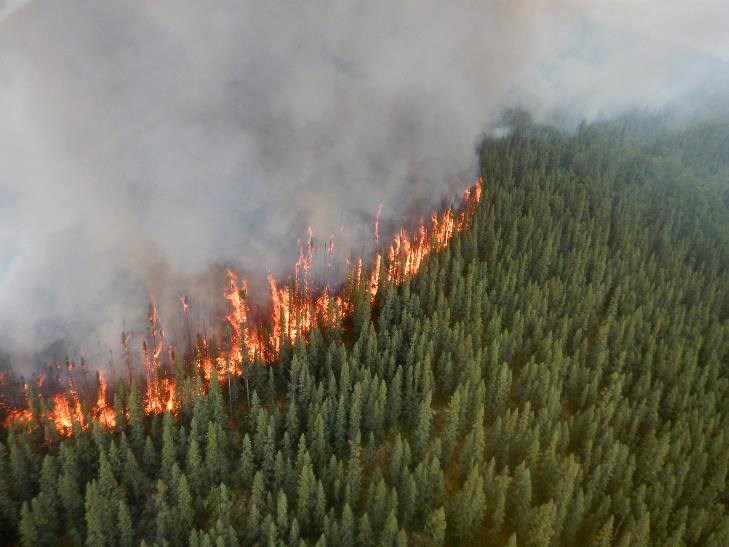 Officials said Wednesday two of the fires are near Willow and the third is near Homer.

Alaska Division of Forestry spokesman Tim Mowry said it's unknown how the three fires actually started. But he adds there were no indications they were caused by lightning — thus the human-caused status.

He said such fires can be sparked by various triggers, including campfires, debris burning, a sparking engine and children playing with matches.

An evacuation order remains in place for residents affected by one of the Willow area blazes that have burned at least 80 structures since it began Saturday. Officials have not said how many of those structures were homes.

The Alaska Railroad has resumed passenger service between Anchorage and Fairbanks that was canceled because of a fire burning along tracks north of Willow.

The fire began Saturday, with continued strong winds pushing the fire across the Parks Highway and across railroad tracks.

Rail passengers were transported by bus after the disruption of train service.

Sullivan said railroad crews will continue to monitor both areas as a safety precaution.

Fire officials have increased the number of structures lost in a fire burning north of Anchorage from 50 to 80.

Officials have not said how many of those structures consumed in the fire about 70 miles (112.6 kilometers) north of the state's largest city were homes.

Alaska Division of Forestry spokesman Tim Mowry said about 200 firefighters battling that fire include crews from the Lower 48, with additional firefighters expected to be added before Friday.

The fire between Anchorage and Fairbanks covers 6.8 square miles (17.6 sq. kilometers) along the Parks Highway, the main route to Fairbanks.

A fire that started in June on the Kenai Peninsula south of Anchorage now covers 220 square miles (570 sq. kilometers) and has caused traffic delays on the Sterling Highway.