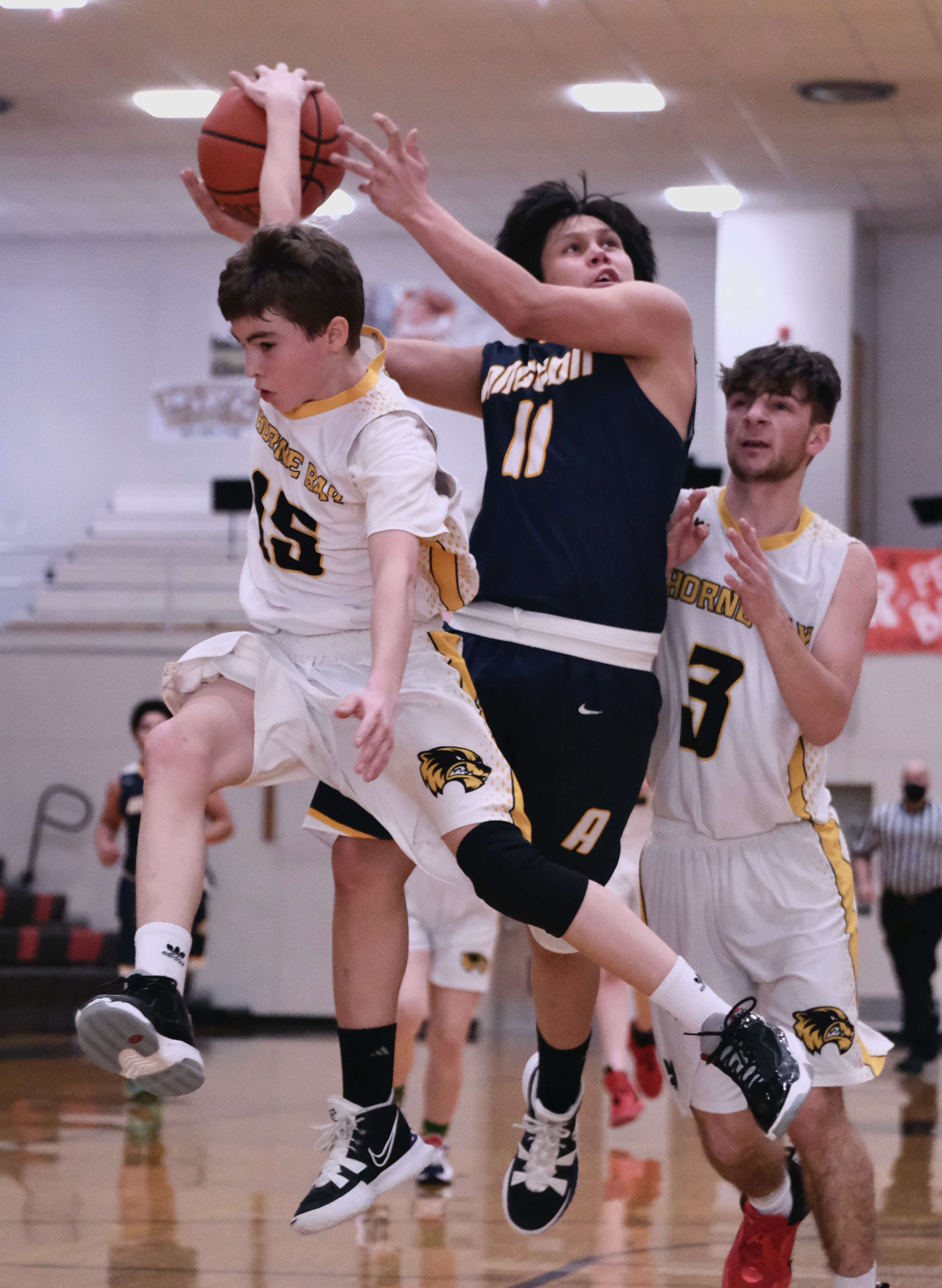 Angoon used a balanced scoring attack to counter the outside accuracy of Thorne Bay in game one.

The Eagles’ Kyle Johnson, Julian Duncan and Elijah Carle each put in four first quarter points apiece on a variety of hard drives to the hoop while Thorne Bay’s Jakob Nelson hit eight points in the stanza and Anna Congdon two.

Angoon held a 12-10 advantage starting the second quarter and again balanced out their scoring attack to take a 22-17 lead at the half.

Nelson and Davin Hamby caught fire from past the arc in the third quarter for the Wolverines but the Eagles continued to rely on their fast break, and three baskets by Sam Fredrickson, to take a 39-30 advantage into the fourth quarter.

The Wolverines were within a point in the fourth quarter and within taking the lead in the last two minutes on scores past the arc by Nelson and Dallin Mendorsa. But the Eagles’ Carle iced the game with three straight free throws for the 49-45 win.

In game two, Angoon and Thorne Bay were tied 10-10 after the first quarter.

The Eagles’ Carle and K. Johnson hit from outside for Angoon, and the Wolverines’ Nelson scored the entire side of the score clock for Thorne Bay.

Carle led a second-quarter scoring frenzy with K. Johnson, Julian Duncan and Fredrickson to take a 28-16 lead into the half.

The Eagles held on for a 54-43 win over the Wolverines.

The 1A Region V Tournament will be held March 2-5 at Thunder Mountain High School. 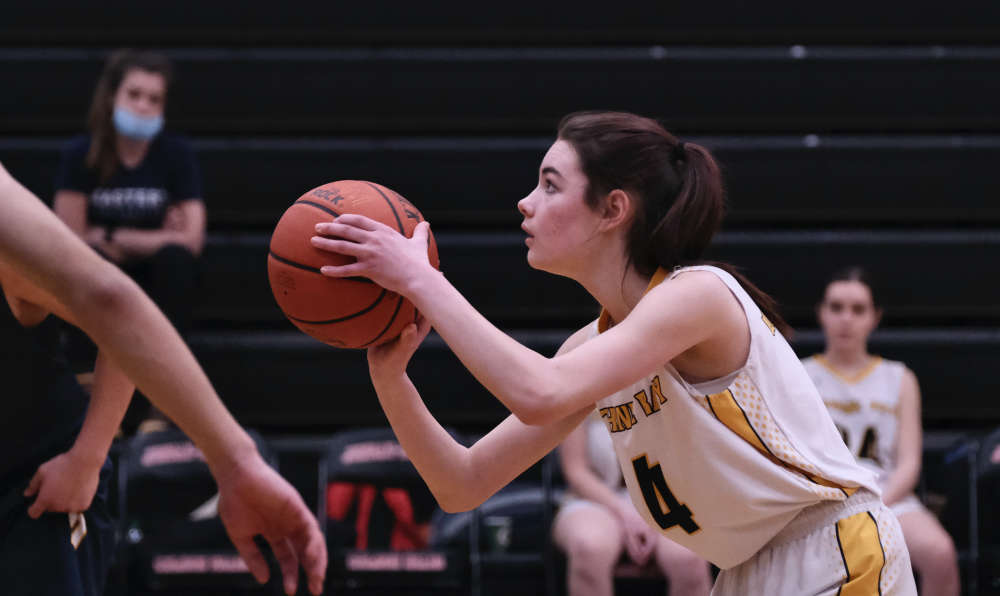