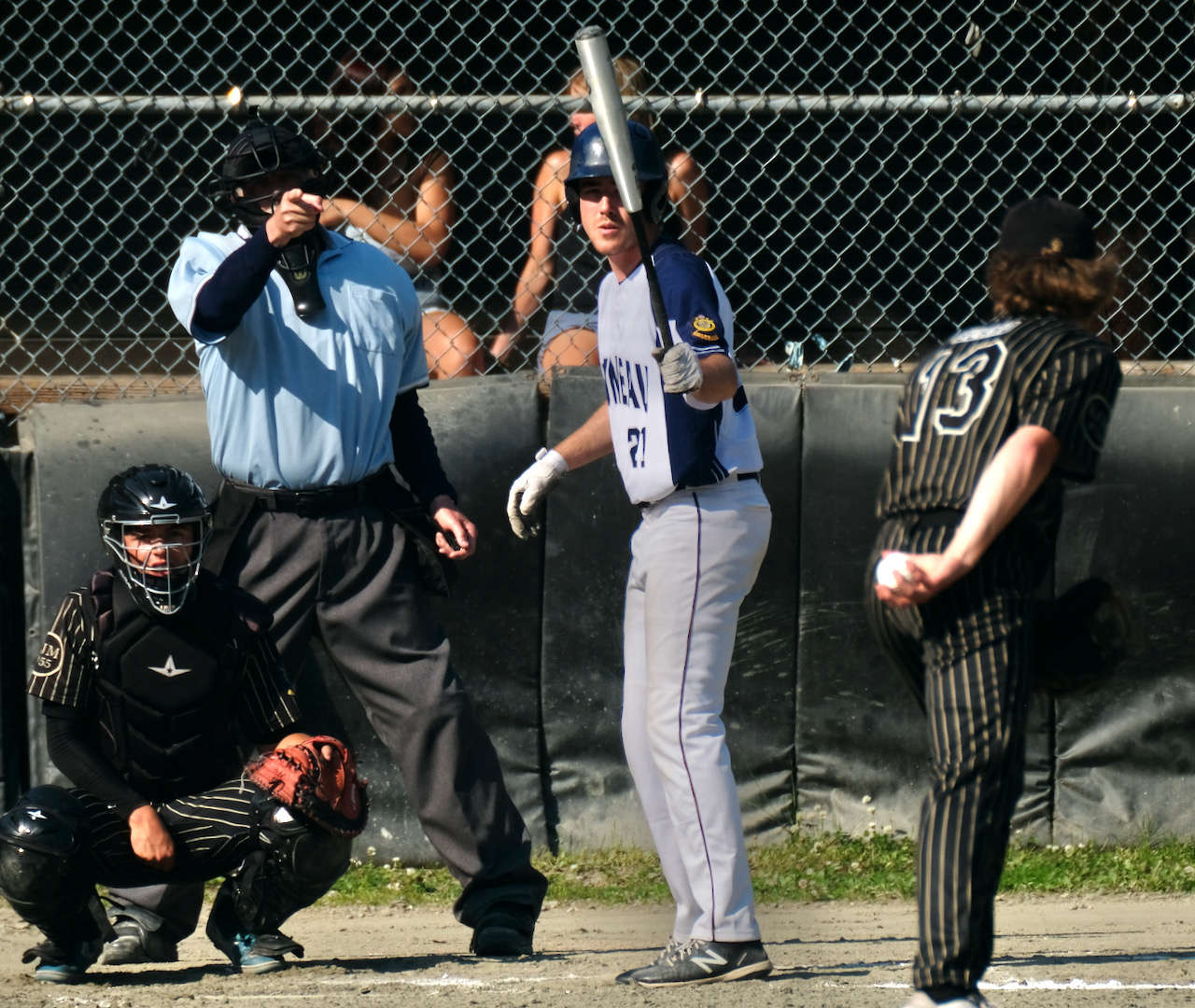 Juneau, Alaska (KINY) - Juneau’s Auke Bay Post 25 ended their American Legion regular season with a 20-9 road win over the North Pole Post 30 Wild on Saturday but have finished just out of state tournament qualification. Instead they will play in the Matson Invitational consolation tournament July 21-26.

“We had some quality wins this season against some quality teams,” Juneau head coach Chris Dillon said. “This final road trip was a little disappointing in that respect as we have competed well at times this season and are a lot better than the final standings indicate. And we have played competitively despite having a limited number of players on the roster, that speaks well to the desire and skill of the players we had playing this season.”

Juneau earned the five-inning run rule win over North Pole with a powerful fourth inning. Coming to the plate in the bottom half of the inning trailing 9-8, Oliver Mendoza singled, Landon Simonson walked and Olin Rawson doubled in Mendoza to tie the score. Simonson scored on a passed ball. Kai Schmidt hit a one-out single scoring Rawson. Christian Nelson bunted and Marcus Underwood singled into left field scoring C. Nelson and Underwood for a 13-9 lead. Kasen Ludeman was hit by a pitch, Mendoza singled to load the bases and Simonson singled to right field and Underwood, Ludeman and Mendoza all scored in the action for a 16-9 lead. Rawson singled, Rory Hayes singled and Simonson and Rawson scored in the action for 18-9. Schmidt walked. With C. Nelson at the plate, both Hayes and C. Nelson scored on the same passed ball for 20-9.

Juneau’s Rawson and Mendoza both went a perfect 4-4 at the plate against North Pole. Rawson had five runs batted in and three runs scored, and Mendoza scored four runs.

Hayes and Porter Nelson went 2-4 at the plate. Hayes had four RBI and one run scored, and P. Nelson scored one run.

The state tournament winner advances to American Legion Northwest Regional Aug. 3-7 at Gillette, Wyoming, and the state runner-up plays in the NWCART Aug. 5-9 at Vernal, Utah.

The Auke Bay Post 25 Midnight Suns will remain in Anchorage awaiting the start of the Matson Invite.

“I know this team will continue to give it their all for this final tournament,” Dillon said. “Our coaching staff appreciates the hard work they have showed and how they have mentored our single ‘A’ team as well. The single ‘A’ team is improving a lot at a very young age and they all have amazing attitudes. I’m really hopeful for the future of the program.”