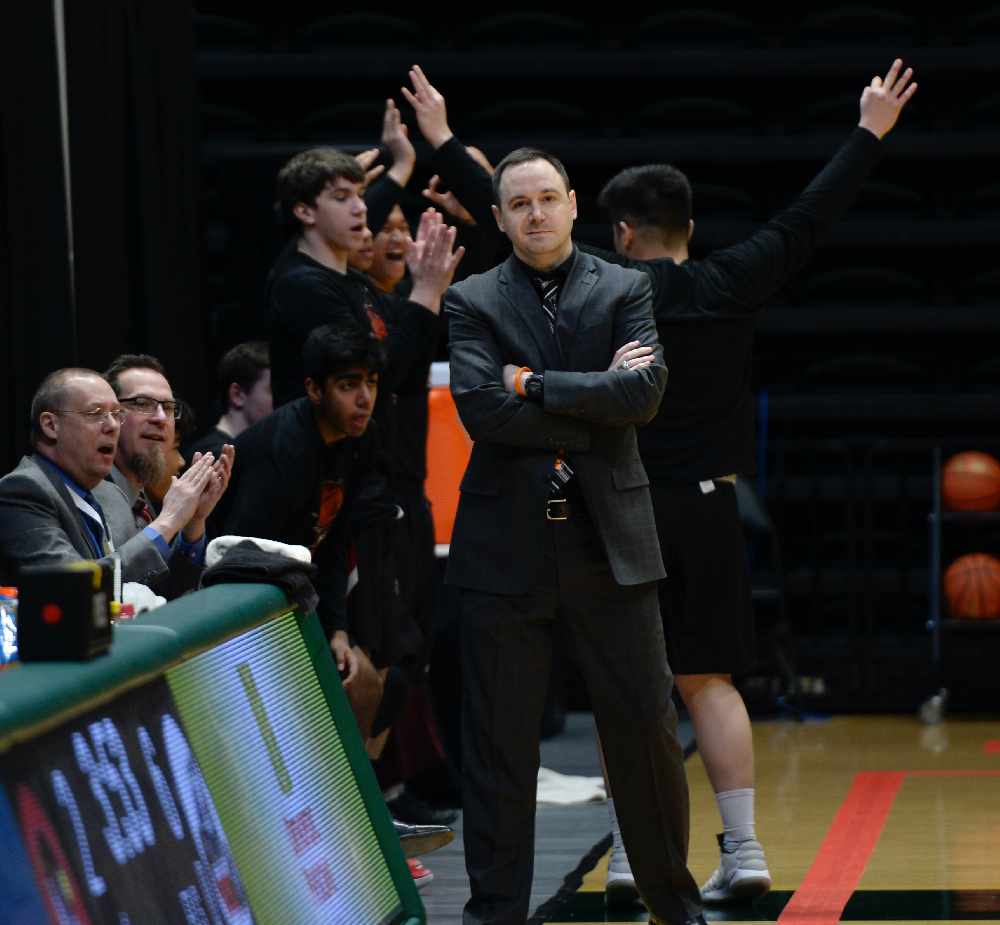 JUNEAU, ALASKA (KINY) - Region V 4A boys championship coaches Eric Stockhausen, of tourney host Ketchikan, and opposing coach Robert Casperson, from Juneau-Douglas Yadaa.at Kalé, commented on preparing for Saturday’s final game during a season in which the odd bounces a basketball can take at times was limited to more familiar courts and opponents due to COVID.

“You get a douse of reality. If you go to the biggest pond you can find and play the biggest fish early you kind of know your place and you can set goals to get there," he said.

Stockhausen said the Southeast Conference teams are in the same boat.

“We have our strengths and weaknesses and we measure against each other, but we don’t really see ourselves against Dimond, East, and Colony,” he said. “So it is a smaller world. You can tell kids anything you want but when they see it for themselves and you have film then you are all on the same page. I am trying to explain to them that if we do get to state and we play Patrick McMahon and Colony, well there’s a six-foot-seven kid who is going to get nine dunks a game.”

Approaching regions this season, with just three seniors, a majority of sophomores and freshmen and limited games, the Kings' (11-4 overall, 5-4 conference) court time was critical.

Stockhausen said they have adjusted their game to what they had, including a recent stretch of eight games in nine days.

“Our kids have been amazing but this has been different than anything they are used to,” he said. “Our kids have just stayed positive and rolled with whatever has been thrown at us. We look at Saturday as another opportunity that we are lucky to get.”

Stockhausen said this regional tournament does not have the pressure of a five-day, double-elimination, fan-packed, pep band fueled environment, but it has its own pressure.

“You win Saturday, you have one more practice, then you fly and play potentially three more games,” he said. “You don’t win Saturday, well, you’ve had a great season. We have had a season and some places did not. I think our kids are keeping things in perspective.”

“This team has a chance to win a championship and that doesn’t always come around," he said.

Casperson coached JDHS to the 2016 state title over Dimond and was a senior on the 1995 Crimson Bears 25-2 team that featured freshman Carlos Boozer, a future NBA player. They placed fourth at state. They played Ketchikan six times that season.

“Those were the closest games of our season,” Casperson said.

Casperson said he likes playing Ketchikan because they are well-coached and competitive.

“But those are also the things I don’t like about playing them,” he said. “We throw out the record books. What happened in the past is in the past. It is going to be a battle and the kids are going to play extremely hard for both teams. Any time you play an opponent so often during the season you learn each other and their tendencies, which is good for us, but that sword cuts both ways. They also know us and what we like to do.”

“But I think that adds to the competitive fire as well,” he said. “It is fine to be friends with people, but when you are on the floor your friend is your opponent and it is fine to be competitive. It is sportsmanship and bragging rights.”

The Region V 4A championship game times on Saturday in Ketchikan’s Clarke Cochrane gymnasium are 2:45 for the Ketchikan Lady Kings versus the Thunder Mountain Lady Falcons, and 4:30 for the Kings and Crimson Bears. 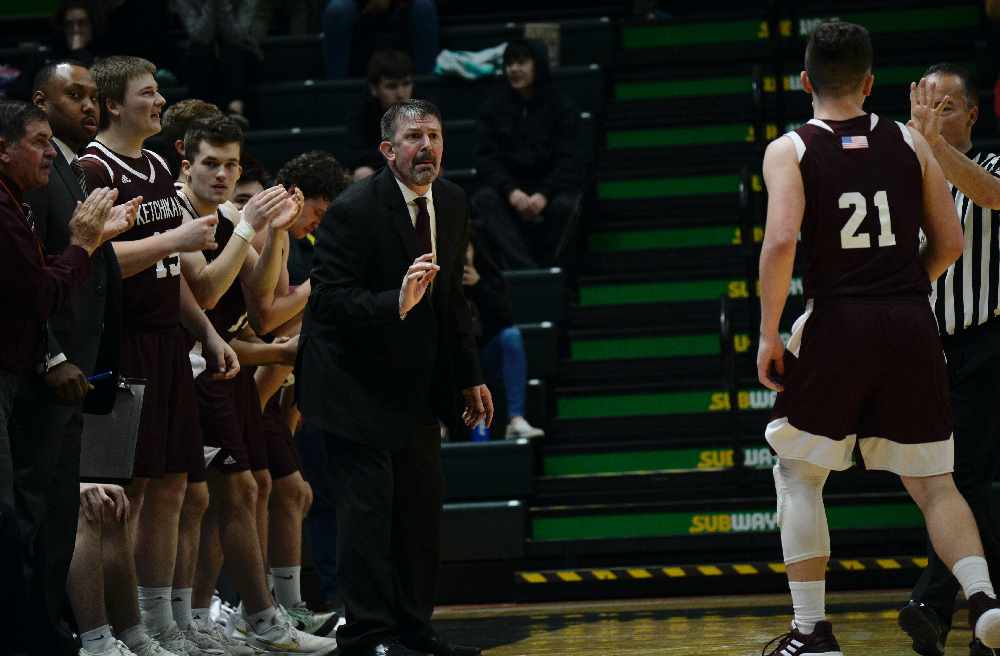