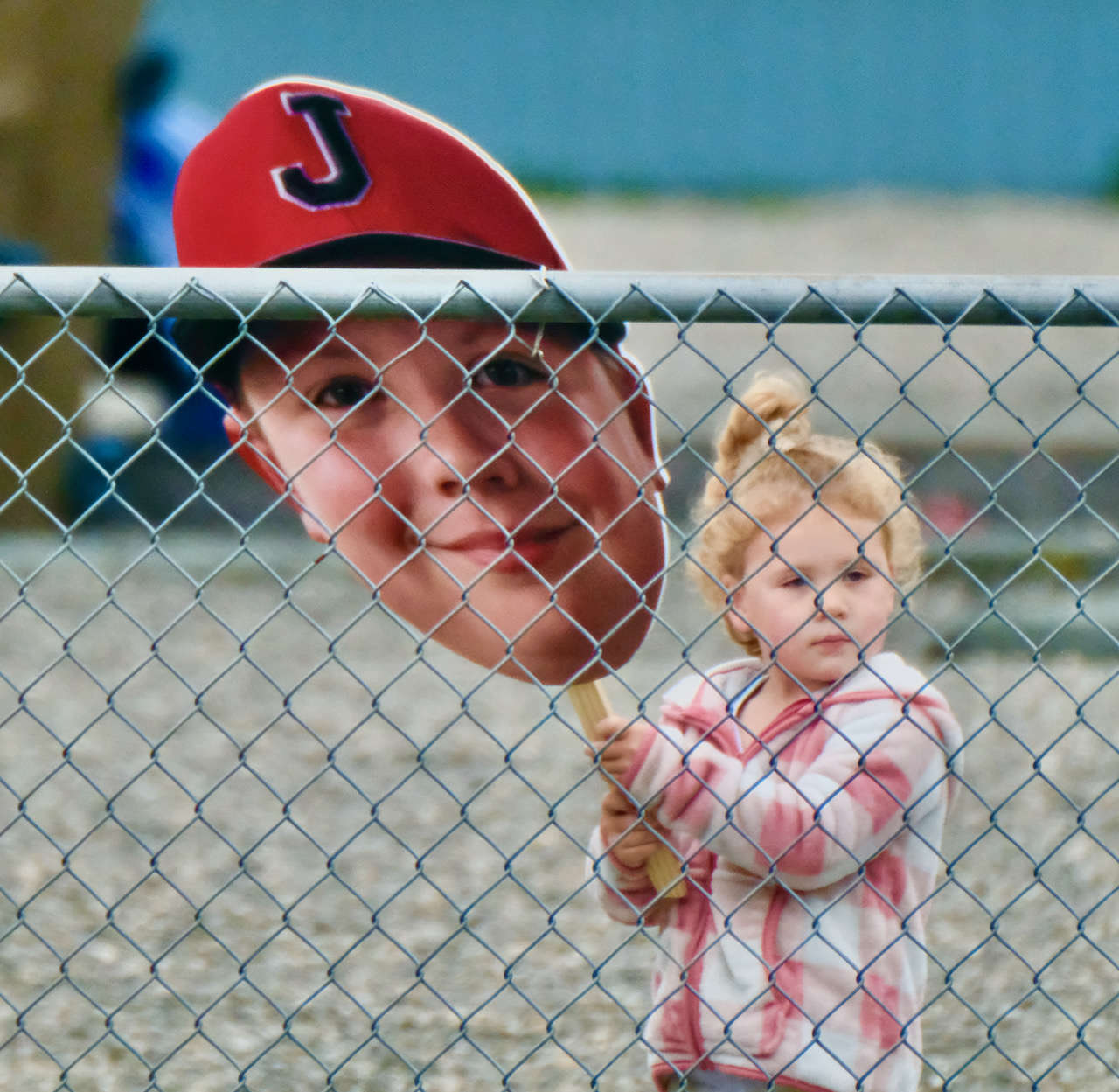 Juneau, Alaska (KINY) - The fifth inning stretch at Wednesday’s Alaska Little League District 2 Special Games (Minors - 8 & 10 year olds) on Miller Field was more than just a chance to sing “Take Me Out To The Ball Game,” at least for three-year-old Alivia Workman.

It was nap time.

It had been a long day being the "head" cheerleader for the Juneau East (Red) Minors All-Star team and carrying the large cutout sign of brother Kavan Workman around the field.

I managed to understand Alivia - with a little help from her parents - as she said, “I love when he plays baseball ‘cause I get to go to the park…”

There are a lot of large "heads" being paraded around the ball park.

Some are carried by siblings, some by parents and some by other players and fans.

They represent what the game is all about as they mirror a smiling face of a young athlete happier than ever to be getting dirty on the diamond with his sandlot mates.

A smiling face like leftfielder/third baseman Kavan Workman’s, who said, "With Alivia’s support and the support of all my friends and family, it makes me feel like I have already won.”

And when kids win… we all win.

She is not quite sure what she likes about her older sibling, but she said he was “the bestest” player on the ball field. 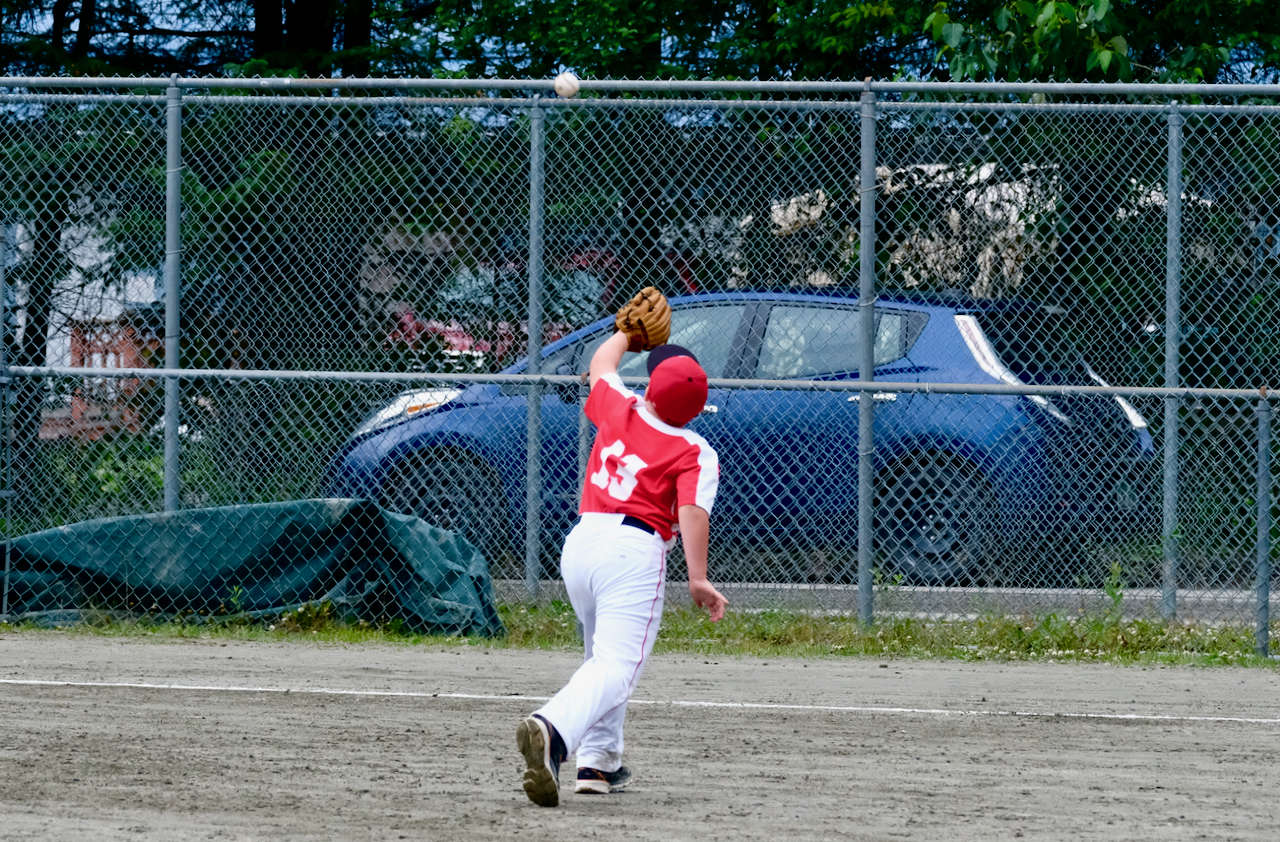