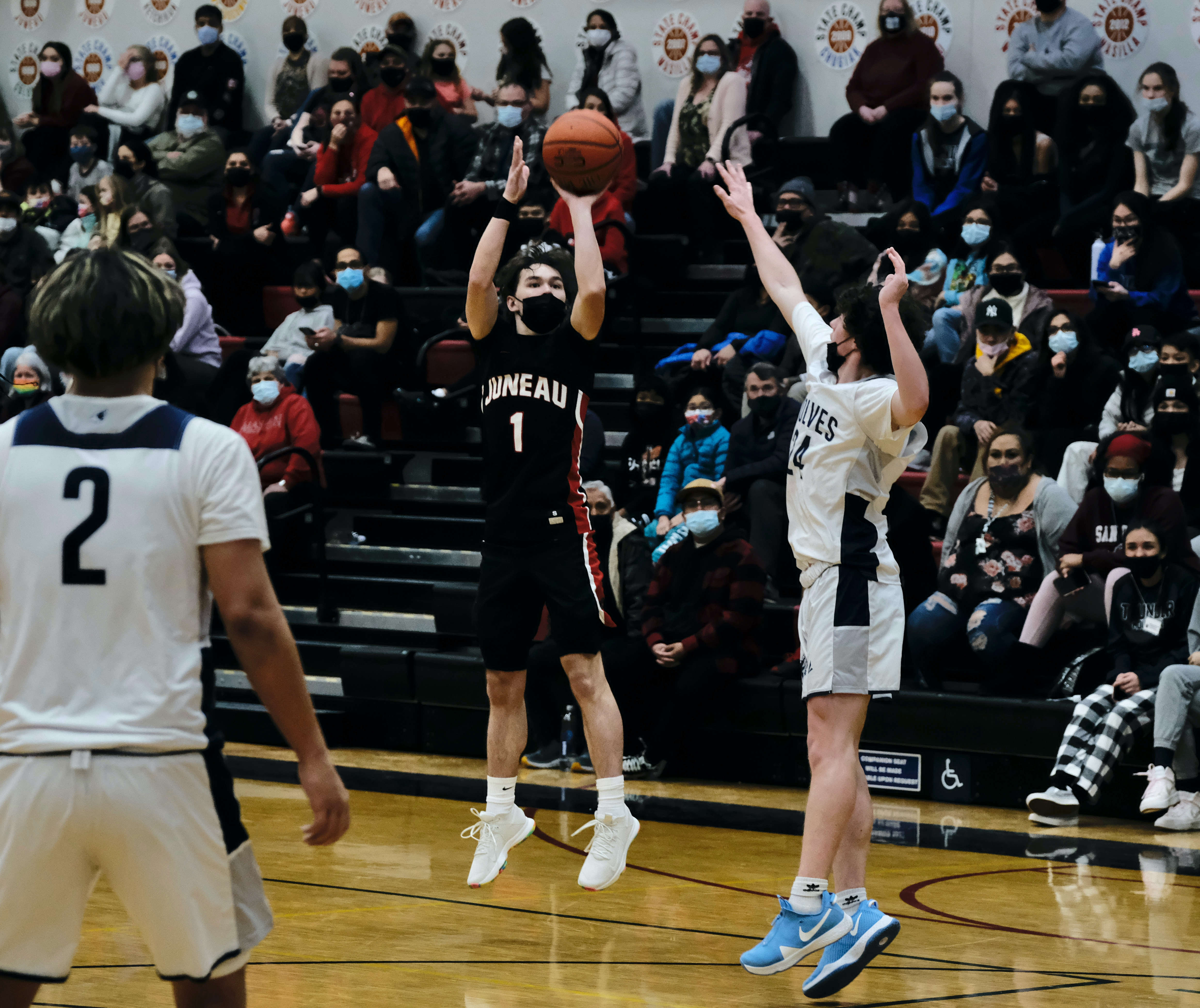 JDHS senior Porter Nelson (1) scores against Eagle River on Dec.28 in the Capital City Classic. Nelson led the Crimson Bears in scoring in their 70-34 loss to East Anchorage at the Alaska Airlines Classic on Thursday.

Juneau, Alaska (KINY) - The Juneau-Douglas High School: Yadaa.at Kalé Crimson Bears boys basketball team saw what the best hoops team in the state can bring to the court, falling 70-34 to the Bettye Davis East High School Thunderbirds in the opening day of the Alaska Airlines Classic at West Anchorage High School on Thursday.

“That was exactly the game everyone expected except for us,” Juneau-Douglas coach Robert Casperson said.

The Crimson Bears gave up 20 first half turnovers and could not penetrate the Thunderbirds full court press with any accuracy while East senior Kyler Johnson hit 16 points in the first quarter, including a string of 14 in a row, enroute to a game high 21.

After two first quarter turnovers Juneau-Douglas settled down and took a 5-0 lead on two baskets by sophomore Sean Oliver.  JDHS classmate Alwen Carrillo made it 7-2 but the momentum went to East as they went on a 20-2 run off their press to lead 22-9 after eight minutes of action.

The Thunderbirds picked up six steals in the stanza, and senior guards DeLaney and Dalon Doughty found the basket multiple times to open a 49-16 advantage at the half.

The game went to running time with just under three minutes remaining in the third quarter when East junior Axel Carpio hit a deep shot for a 59-18 Thunderbirds lead.

“You have to compete,” Casperson said. “If you want to just be out there for exercise and play the game because you enjoy that is one thing, but a big part of high school athletics is competing and that is something we talked about. We competed.”

JDHS will now face Lathrop in a loser’s bracket game at 3 p.m. today. East plays West in a 7:30 p.m. semifinal.