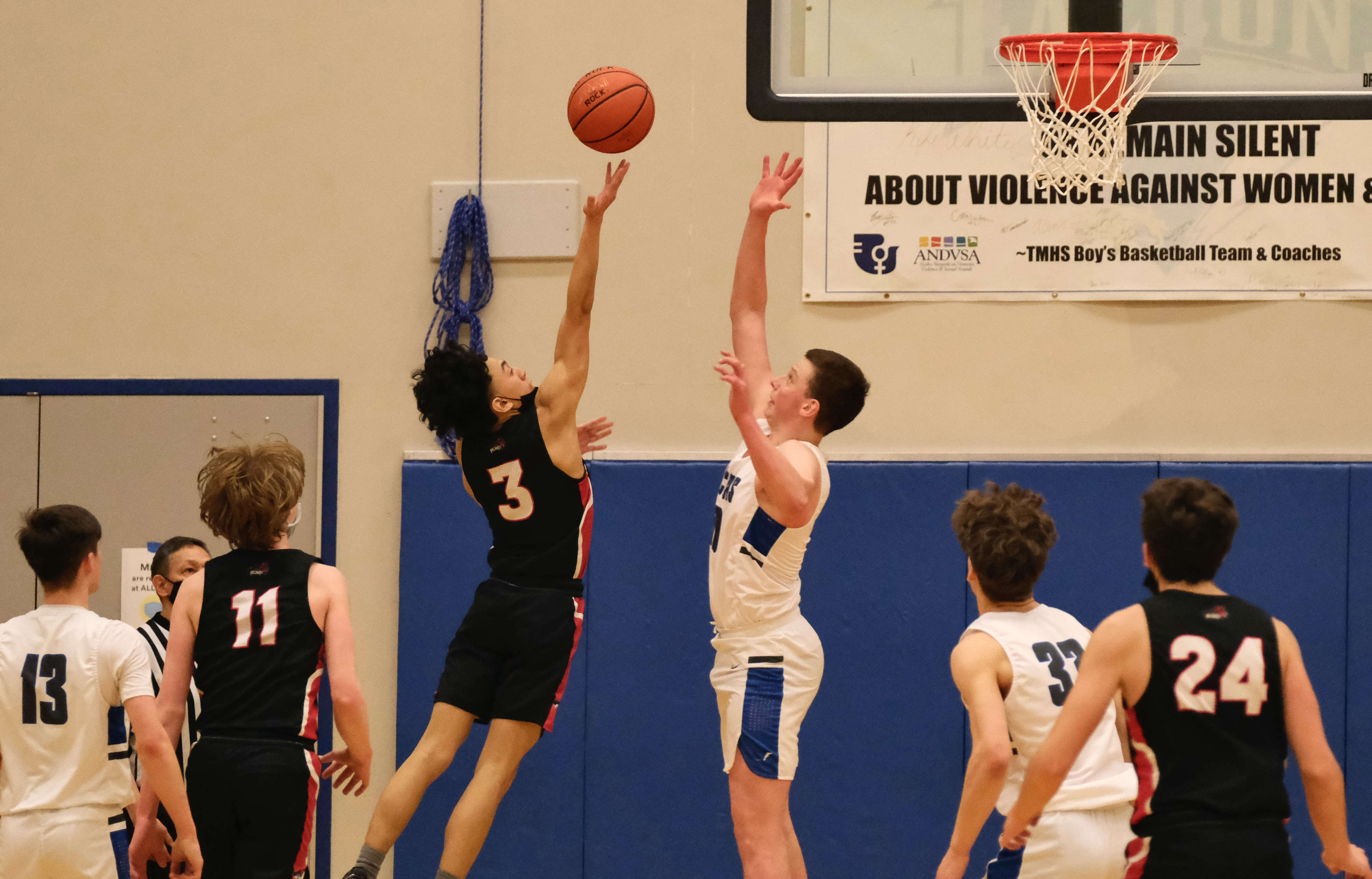 JDHS sophomore Alwen Carrillo (3) lays a shot over TMHS sophomore James Polasky during the Crimson Bears 63-50 win over the Falcons at the Thunderdome on Friday. (Klas Stolpe)

Juneau, Alaska (KINY) - The Juneau-Douglas High School: Yadaa.at Kalé Crimson Bears boys basketball team jumped out to a 17-6 first quarter advantage over Thunder Mountain at the Falcons nest and held on for a 63-50 Southeast Conference win on Friday.

JDHS sophomore Alwen Carrillo scored 13 of his team-high 21 points in the first quarter, including three shots from past the arc.

The Falcons were patient with the deficit and using a full-court press slowly worked their way back into the game.

TMHS scored 22 points in the second quarter behind sophomores Samuel Lockhart, Thomas Baxter and James Polasky to cut the lead to 33-28 at the half.

Lockhart scored all nine of his game points in the stanza. Baxter tallied eight and Polasky five.

JDHS sophomore Sean Oliver put in six points in the quarter. Senior Porter Nelson and junior Kai Hargrave had four apiece and junior Orion Dybdahl had a key put-back to keep the Crimson Bears in front.

The Crimson Bears allowed the Falcons just seven points in the third quarter while Nelson hit for six to push the lead to 46-35 with just eight minutes left.

TMHS put together a 9-4 run starting the fourth quarter behind senior Matthew Hartsock and Polasky, closing to within seven points twice, 48-41 and 50-43, before JDHS’ Dybdahl put in a rebound and Nelson a free throw for a 10-point advantage at 53-43.

Baxter brought TMHS back to within eight points but Dybdahl again found the hoop inside and Carrillo floated another basket in for a 57-45 JDHS lead.

The Falcons would close to within eight points one last time, 58-50, as Baxter laid a shot over the rim with 57 seconds remaining but the Crimson Bears’ Hargrave hit four free throws in a row and junior Chris Harris added another for the final score.

The Falcons will host the Crimson Bears again at 7 p.m. Saturday in the Thunderdome.

JDHS is 4-11 overall and 1-0 in the Southeast Conference. 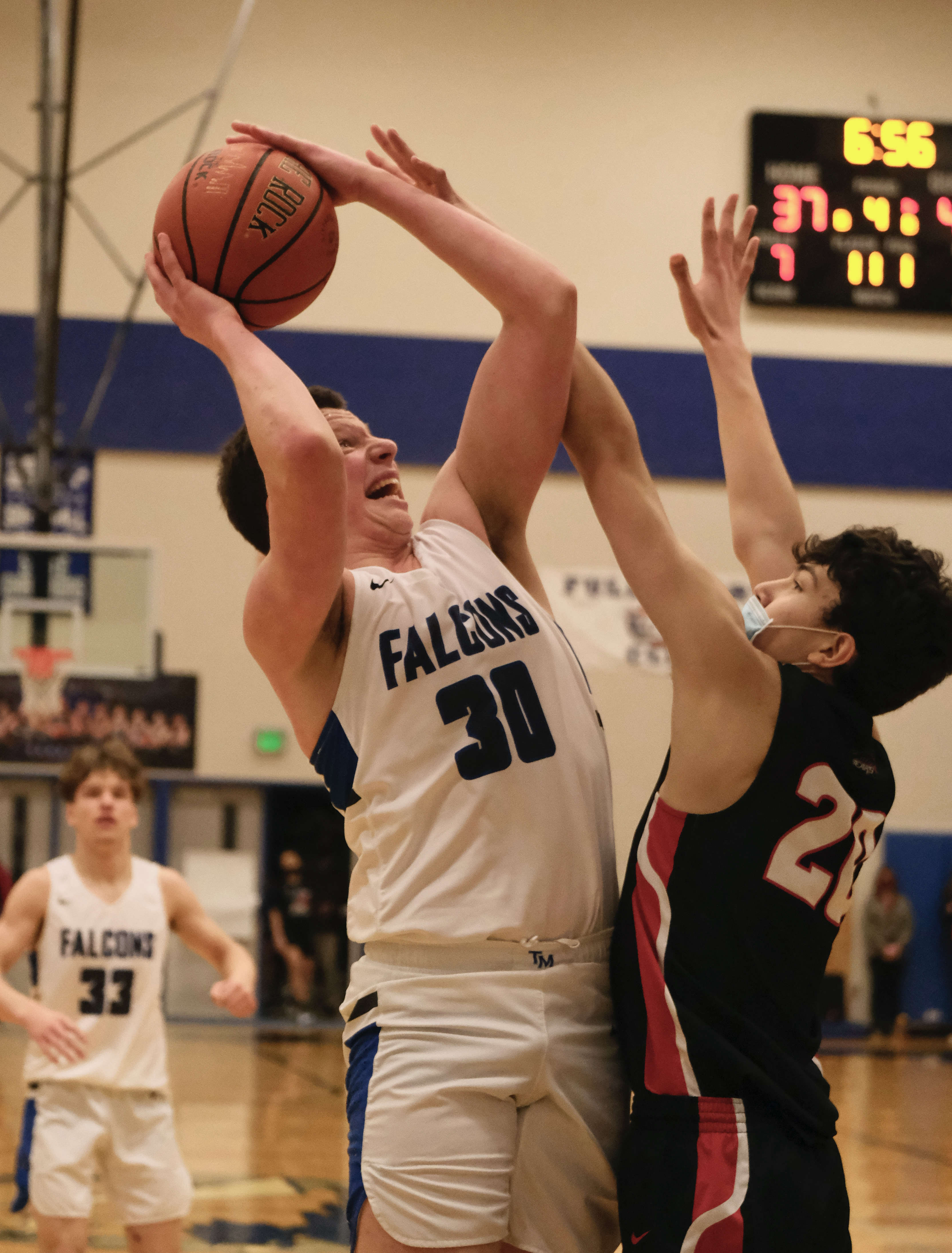 Above - TMHS sophomore James Polasky (30) is defended by JDHS junior Orion Dybdahl (20) during the Falcons 63-50 loss to the Crimson Bears at the Thunderdome on Friday. 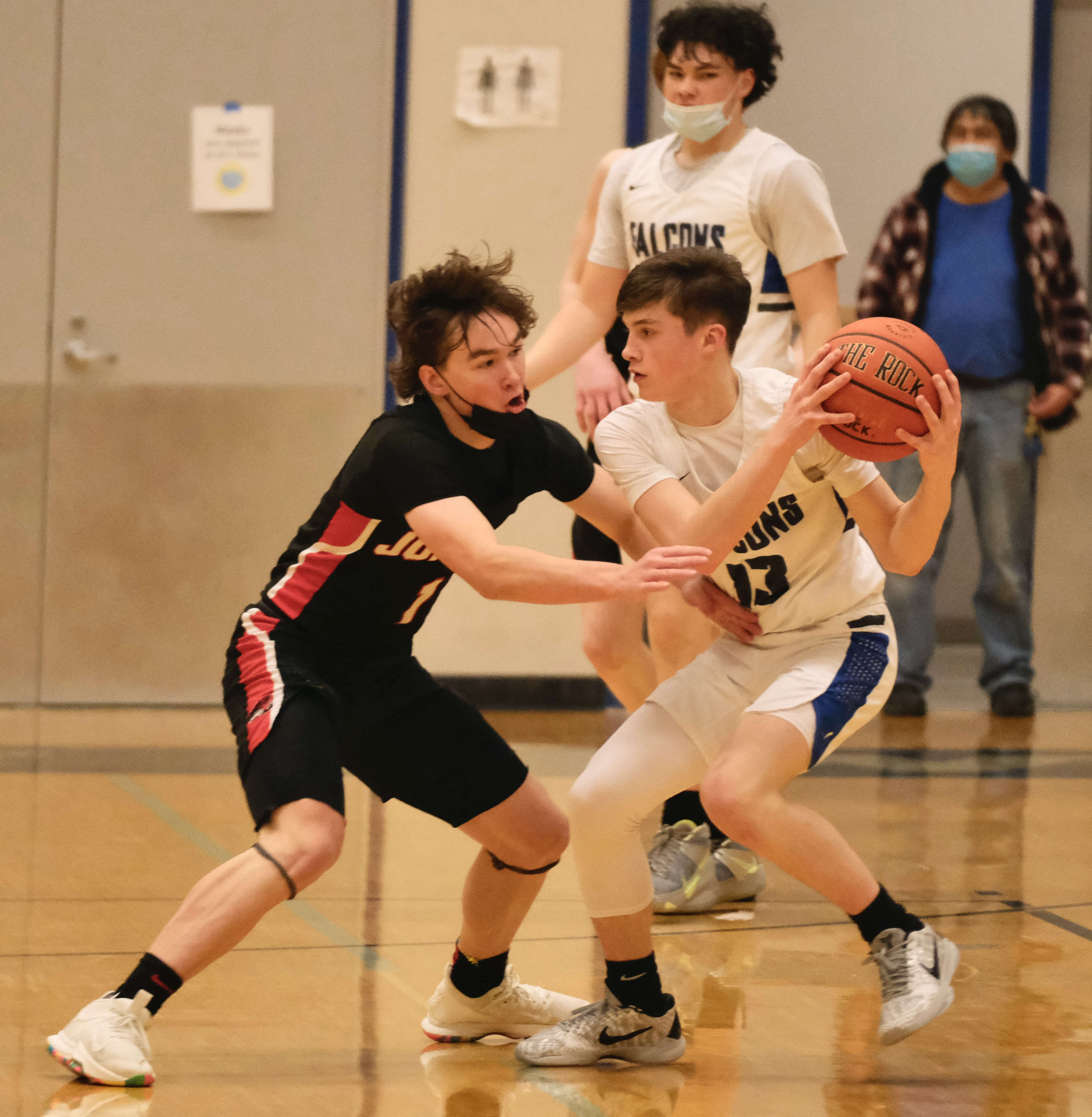 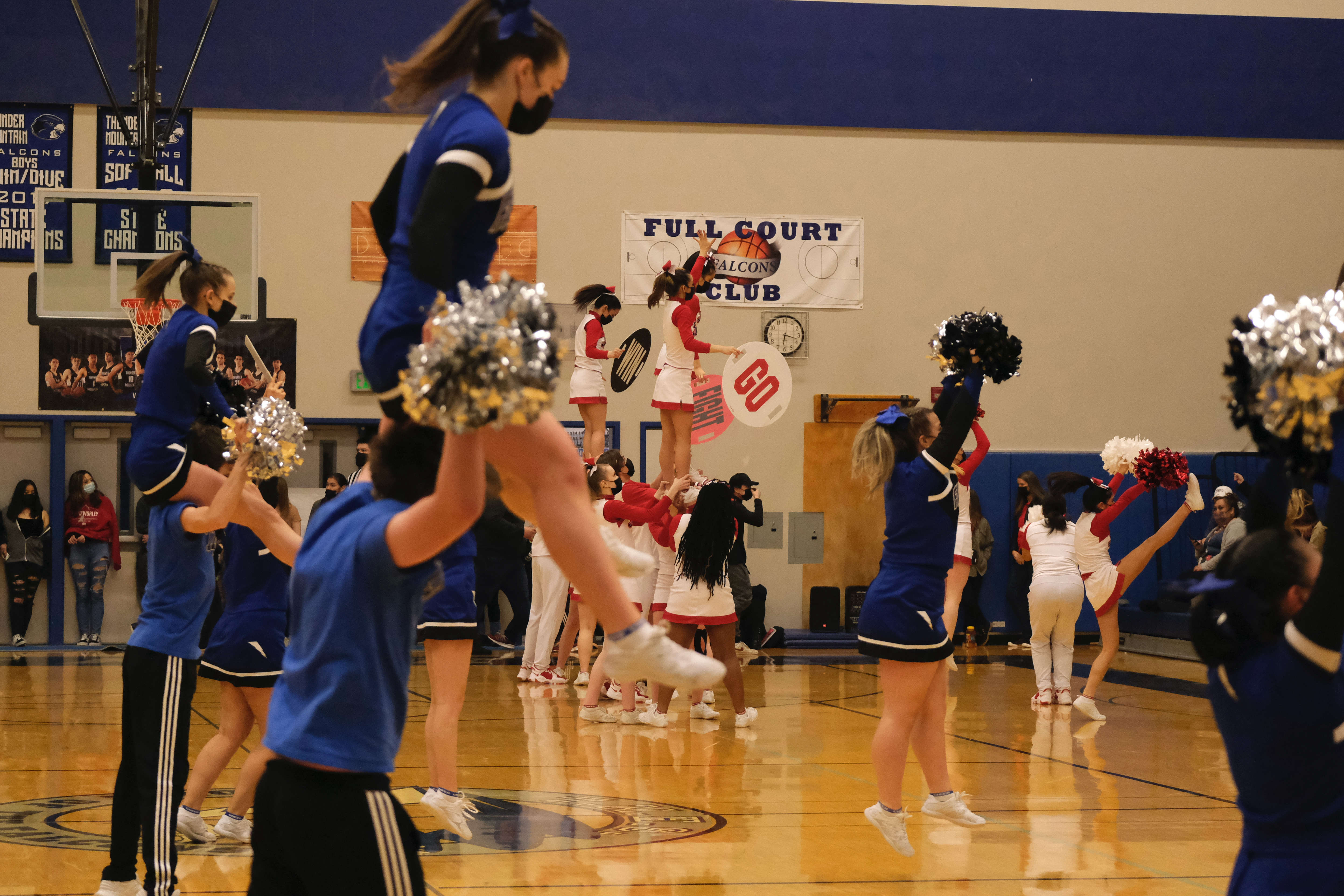