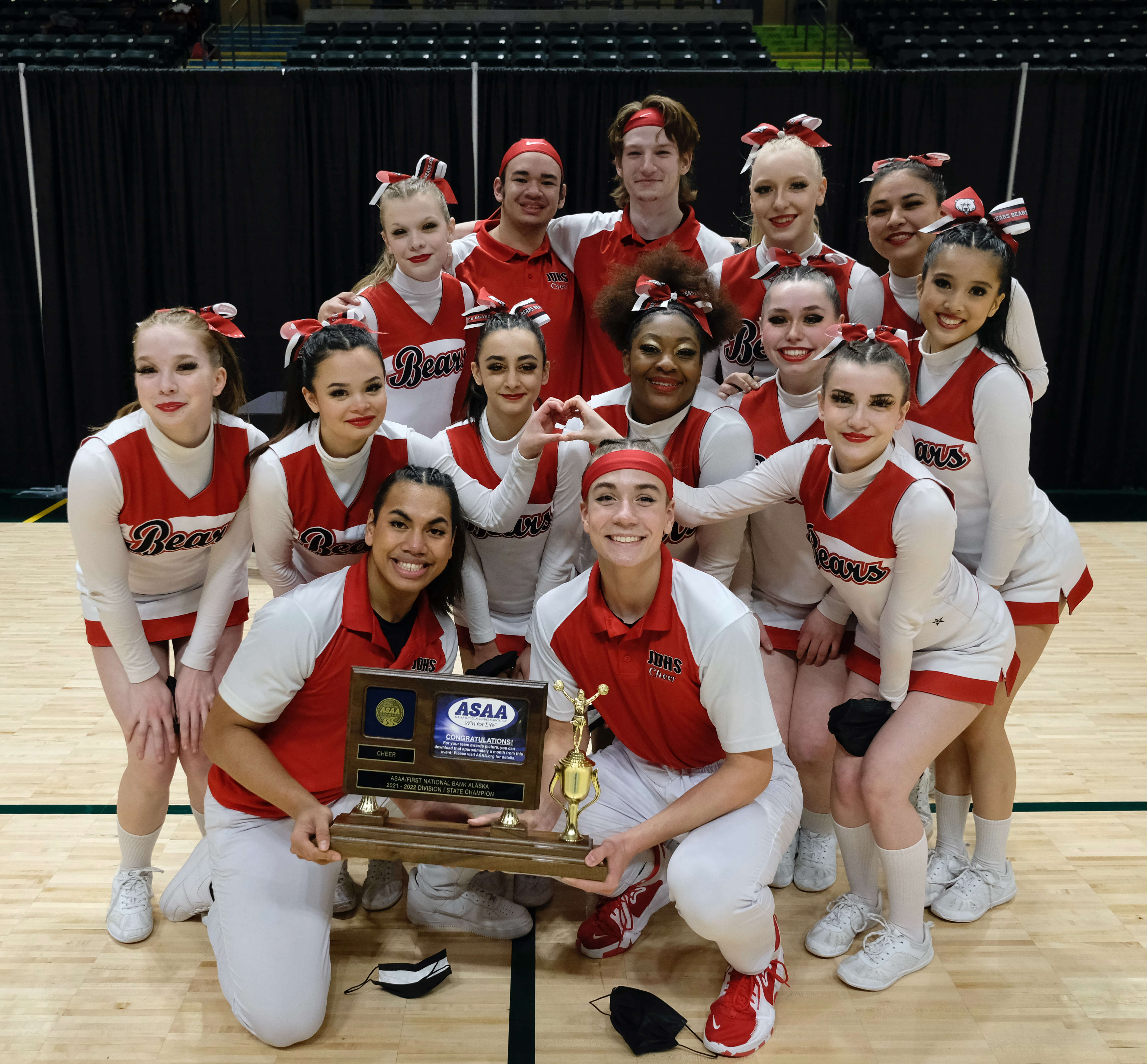 “The kids have really rallied through,” JDHS coach Carlene Nore said. “It’s been an up and down season with a lot of changes… COVID hitting, injuries… so coming here and pulling it all together with changes that we made on Sunday, the kids did an absolutely great job. Just put it out on the floor, put their hearts into it…”

The Crimson Bears topped 11 other division one schools. Each team performed a Sideline Cheer, Time-Out Cheer, Situational Sideline Cheer and a Half Time Routine.

“They are extremely dedicated,” Nore said. “Unfortunately this year we only have one freshman that came in. So in the next couple years we really need to rebuild and recruit some underclassmen into our team. But the kids who have been with us have worked extremely hard, they are driven, they love the sport of cheer… and some of our best competitors are from Southeast, like Ketchikan, they make us better, absolutely.”

Ketchikan was runner up and Sitka won the Team Academic Award for highest grade point average with 3.43.

“It’s been very nerve wracking,” JDHS senior Ki’yana Ivy said. “But I’ve been really excited and anxious to just perform and get it out on the floor for my last year…”

“I think this season has to be nothing but changes,” senior Ben Iona said. “It definitely has been crazy but we did pull through and get it together…”

Kenai won the DII championship and Hutchison was runner up. Bethel won the DII academic award with a grade point average of 3.51.

“Everyone has worked so hard this year,” senior Tessa Silva said. “I’m just proud of everyone pulling through and working their butt off this year.”

Senior Aurora Johnson has been on the squad four years.

“I’ve never been more proud of a cheer team in my life,” Johnson said. “I definitely will miss cheering…”

“Being a four-year cheerleader on this team and being my senior year I feel this team has pulled through amazingly well with everything going on,” senior Mason Harris said. “It just couldn’t make me happier.” 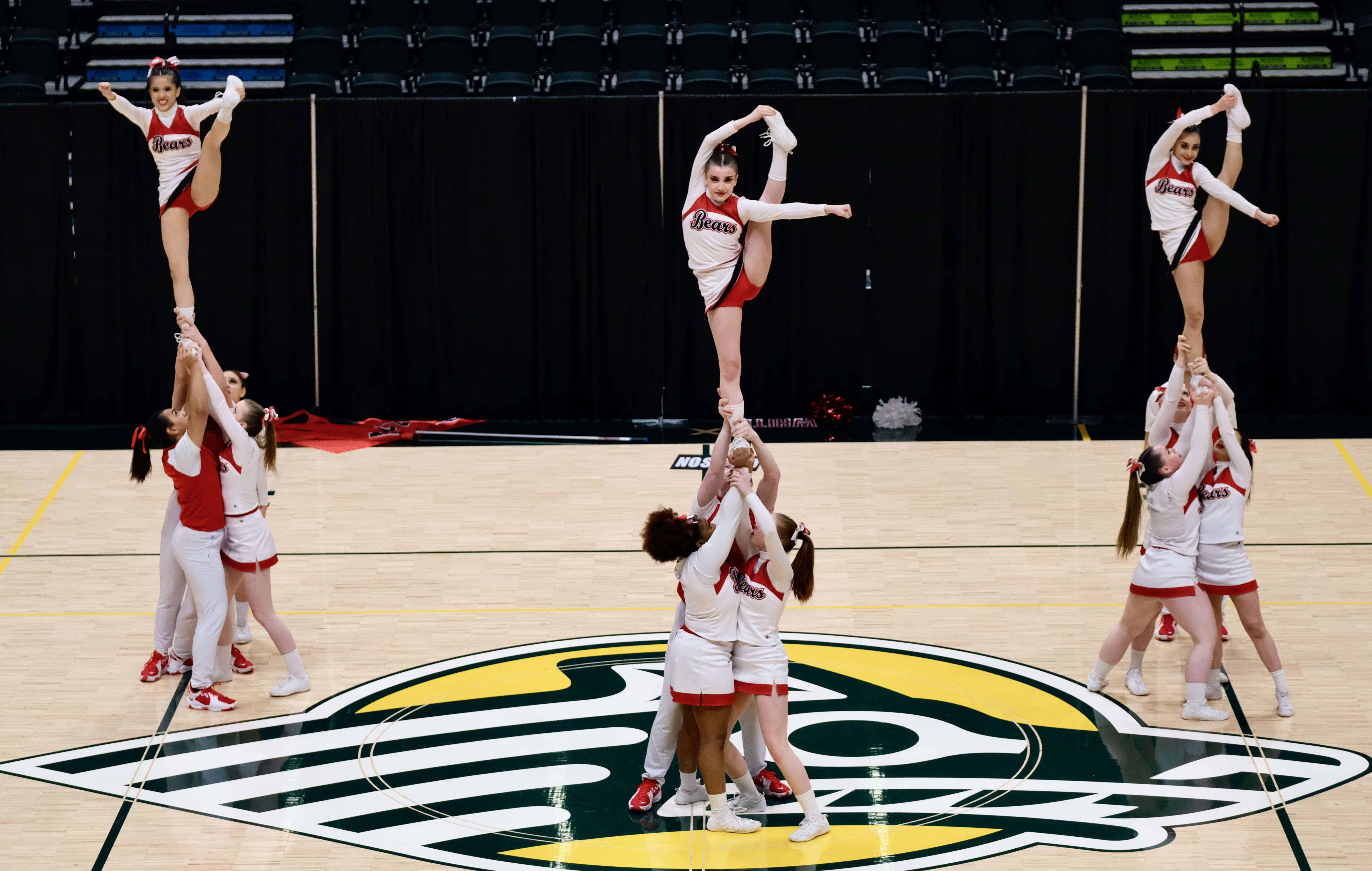 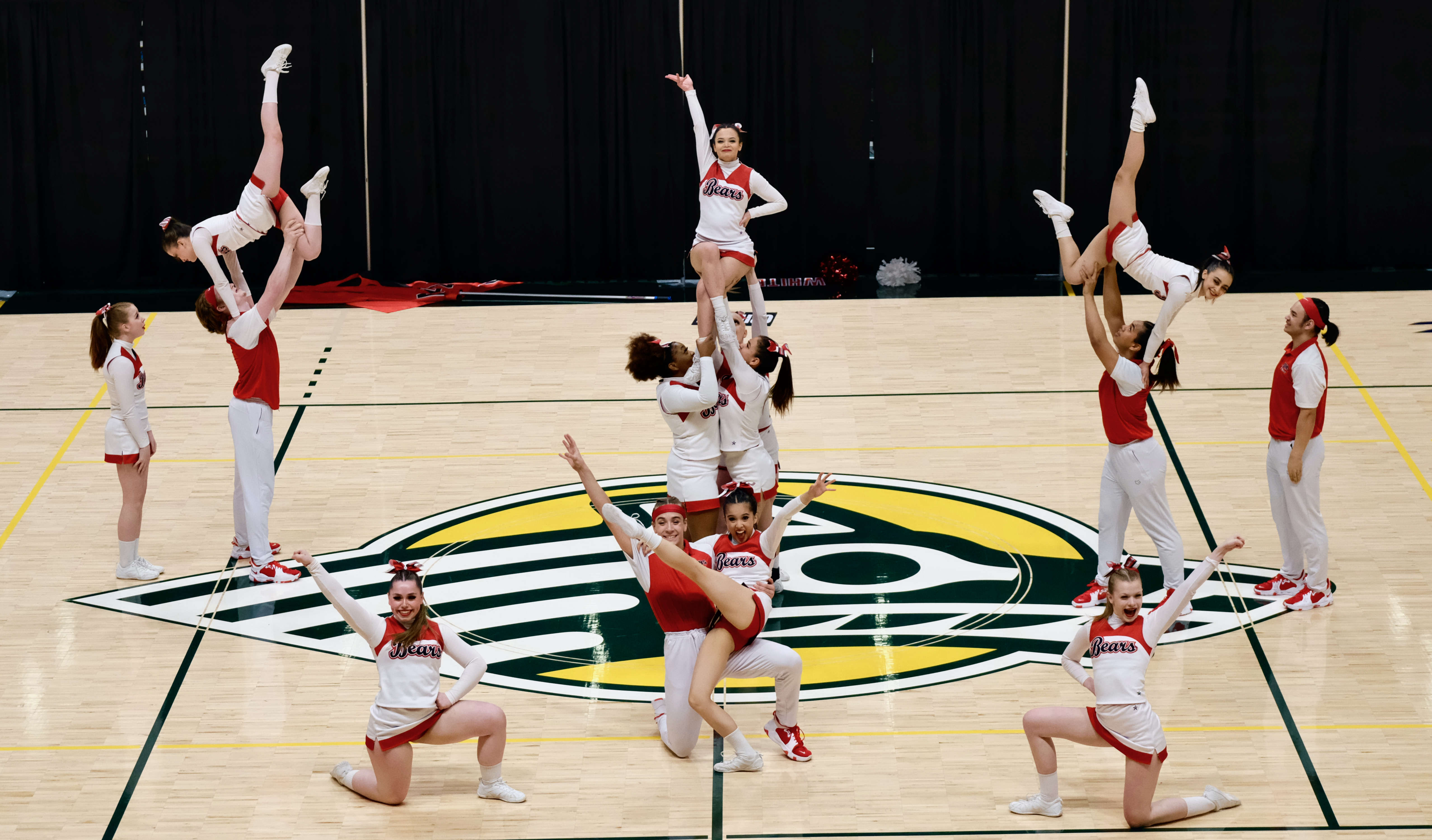