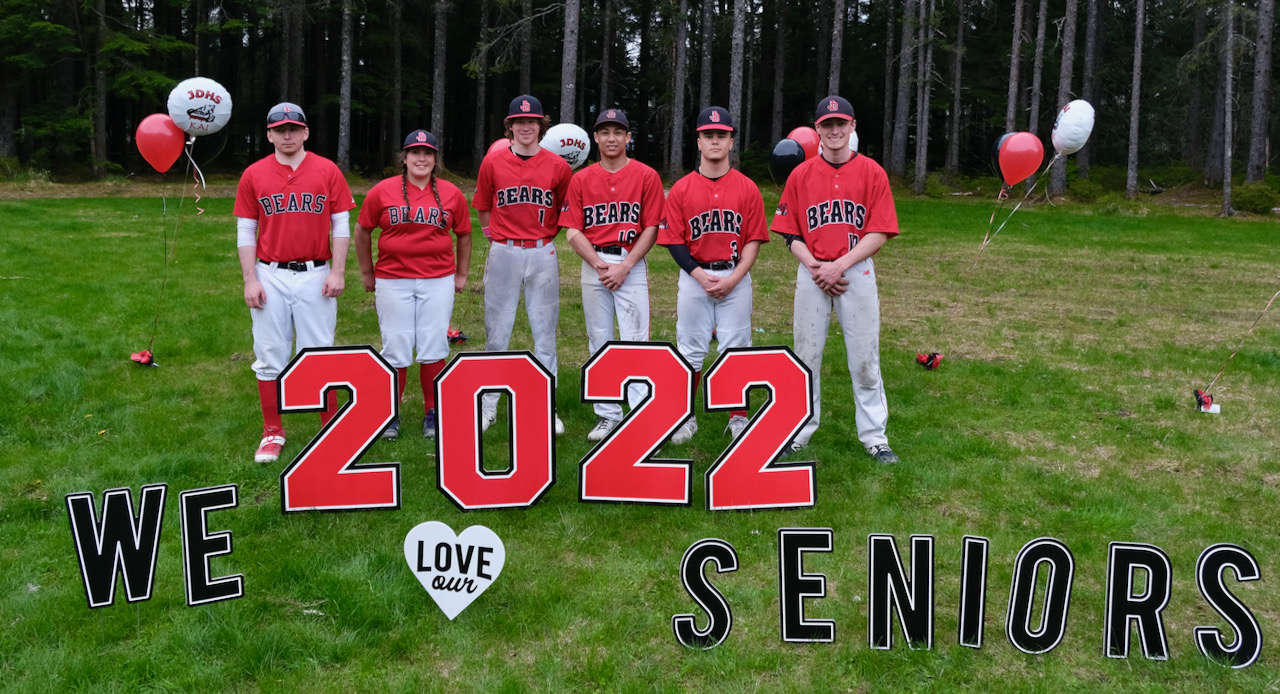 JDHS put five runs across the plate in the bottom of the second inning as junior Kaleb Campbell earned a walk, stole second base and scored on a single by senior Porter Nelson. Junior Garrison Luben earned a walk and stole second with Nelson stealing third. With two outs senior Kai Schmidt singled to score Nelson and junior Caden Mesdag doubled in Luben and Schmidt for a 4-0 lead. Junior Bohdi Nelson tripled to score Mesdag for the 5-0 advantage.

JDHS added a run in the bottom of the third as P. Nelson earned a walk, advanced to second on a passed ball and scored on a Luben fly ball to left field for 6-0.

JDHS put their final two runs across in the bottom of the sixth inning. Senior Carter Walker earned a lead off walk, senior Gaby Soto-Sanchez earned a one-out walk and Schmidt singled in Walker. Mesdag followed with a double scoring Soto-Sanchez for the 8-0 tally.

Schmidt was escorted by Jack, Heather and Ella Schmidt. His nickname is ‘Schmeat.’ He plans to study Sociology at the University of New Mexico.

P. Nelson was escorted by Gene, Courtney and B. Nelson. His nickname is ‘PZ’ or ‘P Nelson.’ He is signing with Citrus College to play baseball in Los Angeles while studying Kinesiology.

Soto-Sanchez was escorted by Esteban and Rosa Soto-Sanchez. His nickname is ‘Gabby’ or ‘Peewee.’ He plans on attending Averett University to play football and majoring in Exercise Science.

Palmer was escorted by Jon, Jodi, Madison and Payton Palmer. His nickname is ‘Bean Bag Zimmer.’ He plans to be a VCR repairman.

Adams was escorted by Val, Luke and Manu Adams. Her nickname is ‘Dork.’ She plans to attend Cal Ply Pomona.

Walker was escorted by Casey, Caroline, Callan and Colson Walker. His nickname is ‘Catrina.’ He plans to become a Heavy Machinery Operator and is taking an apprenticeship with the Alaska Operating Engineers in Palmer.

Cabrigas-Blatnick was escorted by Marlla, Lamar, Larry and Marilou. Her nickname is ‘Sabrina Ionescu.’ She will be attending Michigan Tech for engineering or computer science. 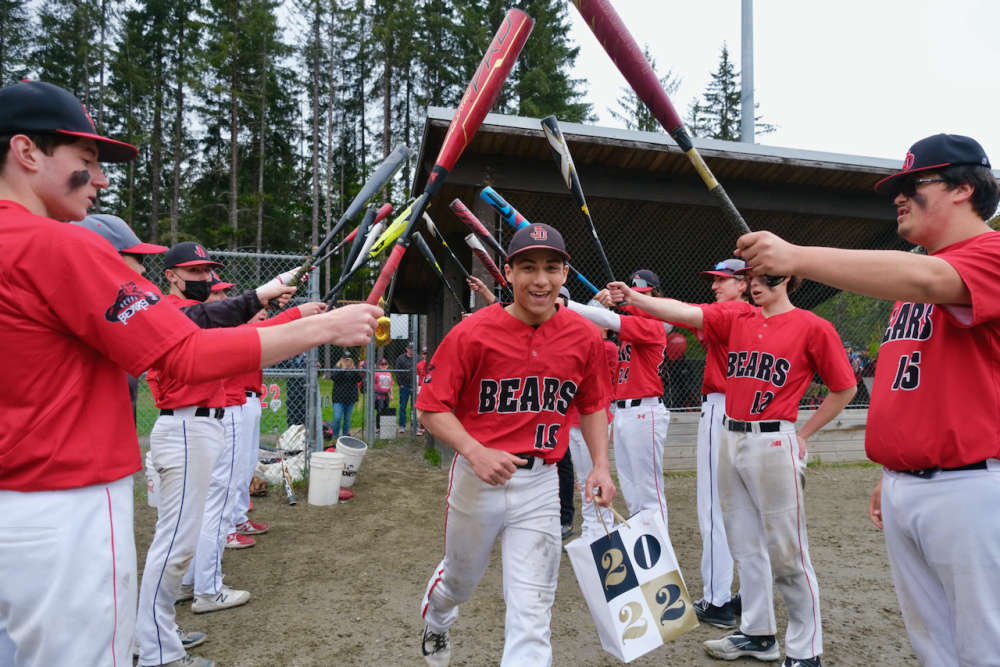