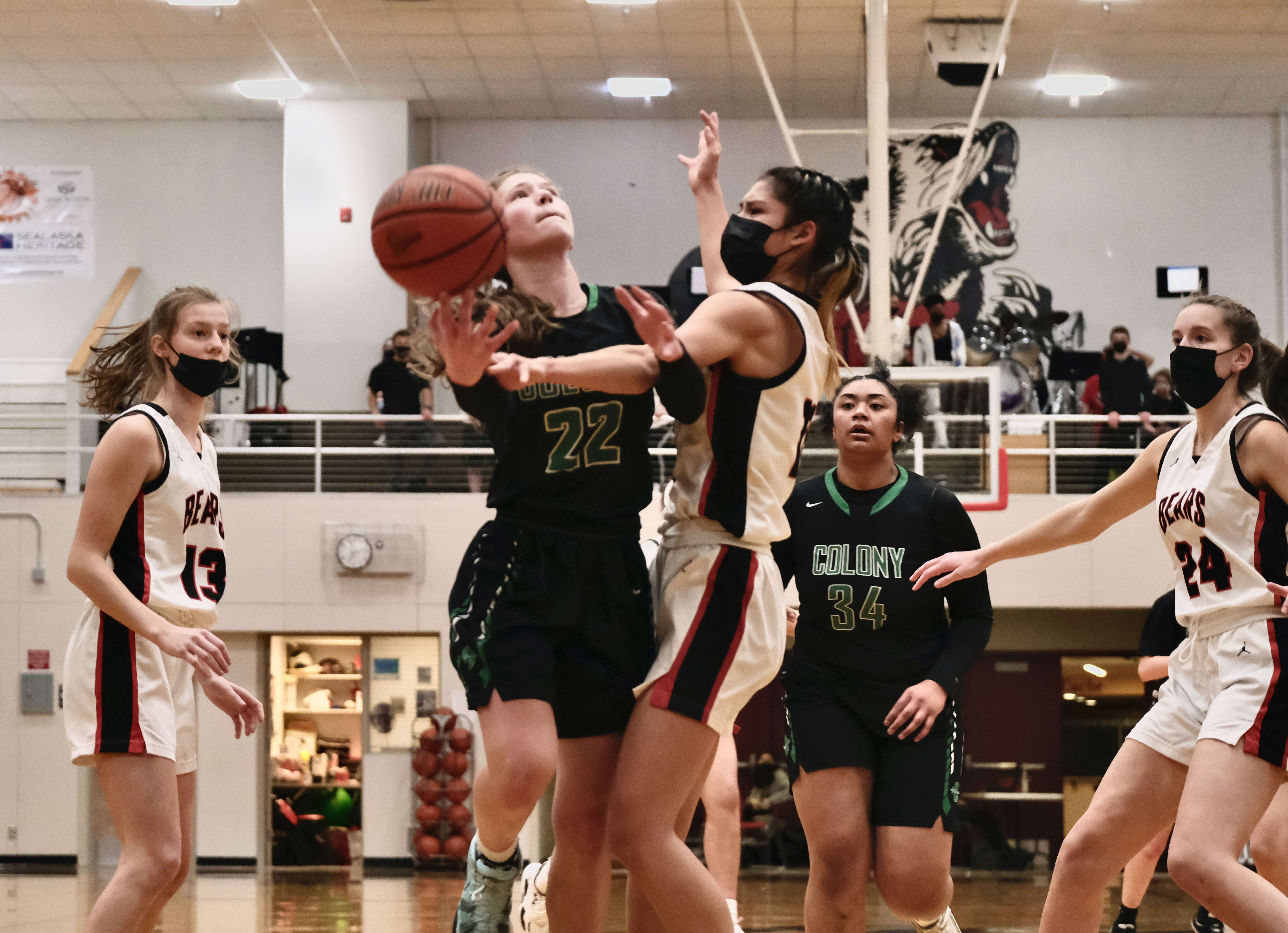 Juneau, Alaska (KINY) - The Juneau-Douglas High School: Yadaa.at Kalé Crimson Bears girls basketball team fell behind early and fought back too late in their 51-42 home loss on Thursday to the visiting Colony Knights.

“They came out way more ready to play than we were,” Crimson Bears head coach Steve Potter said.

JDHS junior Skylar Tuckwood hit the first basket of the game, a deep three-point shot, but Colony answered with a score by freshman Teresa McMahon, a free-throw by junior Laney Suaava and a deep shot by freshman Alycia Shelley for a 6-3 advantage.

JDHS would tie the score on a steal and shot past the arch by senior Trinity Jackson and take their last lead of the game, 8-6, on a rebound score by junior Ashley Laudert.

The remainder of the quarter belonged to Colony as they scored eight unanswered points for a 16-8 lead.

The Knights pushed the advantage out to a half time lead of 29-13 behind the deep shooting of freshman Hallie Clark and junior Adrian Alley and a pressure defense that allowed the Crimson Bears just one deep three by senior Rebekah Grube and two free-throws from Jackson.

“We really needed to set the tone,” Colony coach Chandice Kelly said. “That’s what we are focusing on is setting the tone, and we came out and did that. Juneau is a good team.”

Colony pushed the lead to 43-18 halfway through the third quarter, including a barrage of shots past the arch by junior Adrian Alley and Clark.

JDHS made a run as Laudert hit a free-throw, Grube a deep three, and Jackson stole the ball and fed junior Kiyara Miller for another shot past the arch to close to 44-27 with one quarter remaining.

JDHS opened the fourth quarter with a jumper by junior Carlynn Casperson, a free-throw by sophomore Mila Hargrave and a deep three by Grube to close within 11, 44-33.

Colony would find just one basket in the fourth quarter, another deep three by Clark that made the score 47-33.

Increased full court pressure by the Crimson Bears would slowly wear down the Knights.

JDHS’ Laudert was fouled inside and made two from the charity stripe and then hit again from the key to close the score to 10, 47-37, with just under four minutes remaining.

JDHS’ Jackson stole the ball and was fouled, making one free-throw and with 53 seconds remaining Tuckwood followed a shot to score, cutting the lead to 47-40.

Colony’s Clark hit one of two free-throws but JDHS’ Jackson answered with two from the stripe and cut the lead to six, 48-42 with 45 seconds remaining.

Colony’s Alley was fouled and hit the first shot but missed the second.

JDHS could not capitalize and fouled again.

With 19 seconds left to play, Colony’s Alley hit two from the charity stripe to secure the win, 51-42.

The Colony Knights play at the Thunder Mountain Falcons tonight at 6:15 p.m. and Saturday at 10:30 a.m. 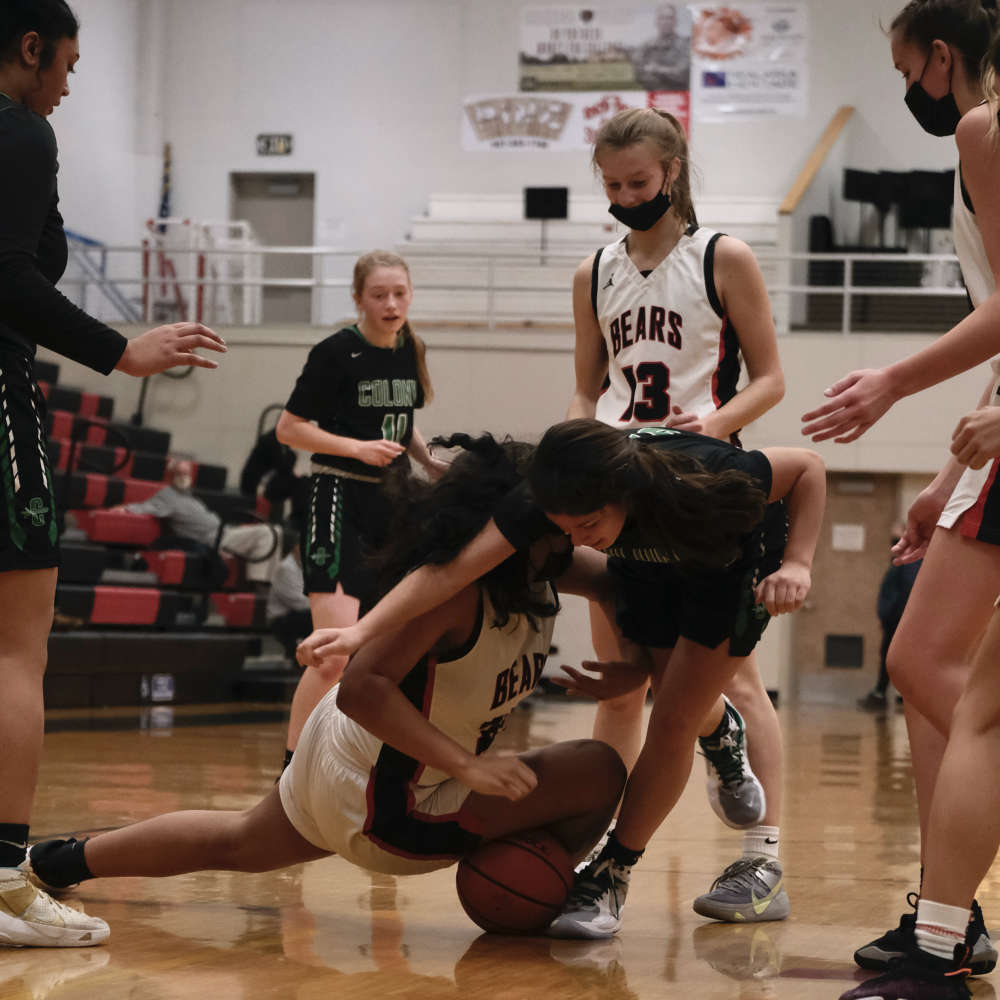