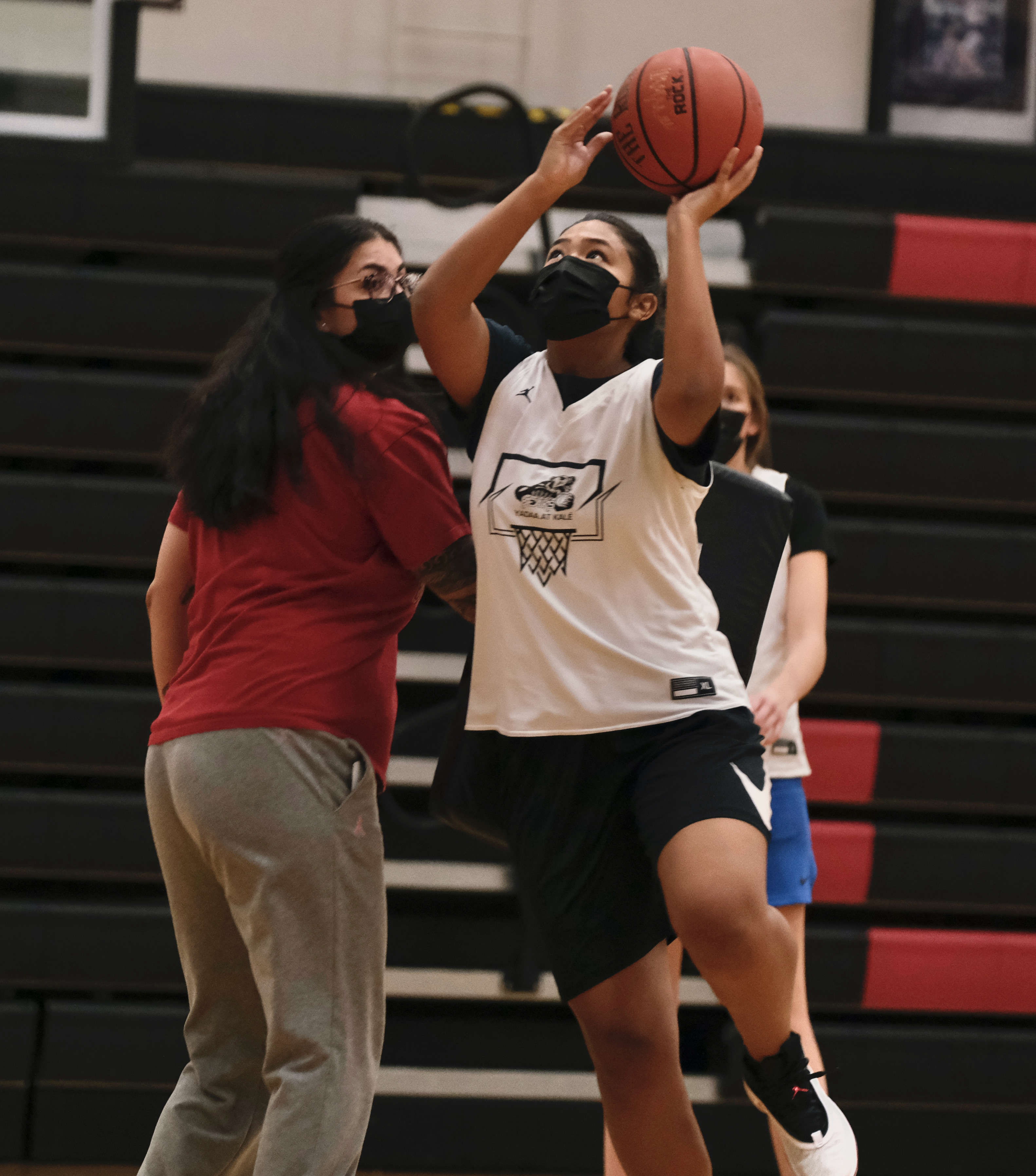 “We jumped on them pretty good early on and we were able to disrupt them,” JDHS head coach Steve Potter said. “When we did some things wrong and they penetrated, our size kind of erased some mistakes for us. We had double figures in blocked shots.”

“They were a young and inexperienced team,” Potter said of his opponents. “They were tenacious and pretty physical. They never backed down the whole time. They just didn’t have enough experience  to get away from our bigs.”

Senior Trinity Jackson put 11 first half points on the board and 10 more came from junior Skylar Tuckwood. That duo would finish with a game high 21 points apiece.

“They were able to do pretty much whatever they wanted to do,” Potter said of his two top guards. “We didn’t actually shoot the ball really well. We still have a lot of room to improve.”

“We definitely focused on some things that we hadn’t been doing very well in practice and we had the opportunity to figure out some of the rotational stuff that we struggled with,” Potter said. “It was a good opportunity for us to work on stuff like that because we weren’t going against our own kids so we didn’t know exactly what would happen. So when we made mistakes we could see if we had time to recover and obviously, by looking at the score, we did most of the time.”

“Initially we were shooting the ball too quickly,” Potter said. “I think as soon as we started sharing the ball that’s when the score ballooned on them. Because of the extra passes we made that created some opportunities for Skylar and Trinity, they shot the ball very well. But we have other shooters that  are much better shooters than they showed today. We had first game jitters but we were able to talk about things that we weren’t doing particularly well without them negatively affecting the outcome of the game.”

JDHS hit four of nine from the charity stripe; Seward was 0-3. The Crimson Bears committed 13 fouls, the Seahawks nine.

The Crimson Bears next face the host Kenai Kardinals Friday and Redington on Saturday.