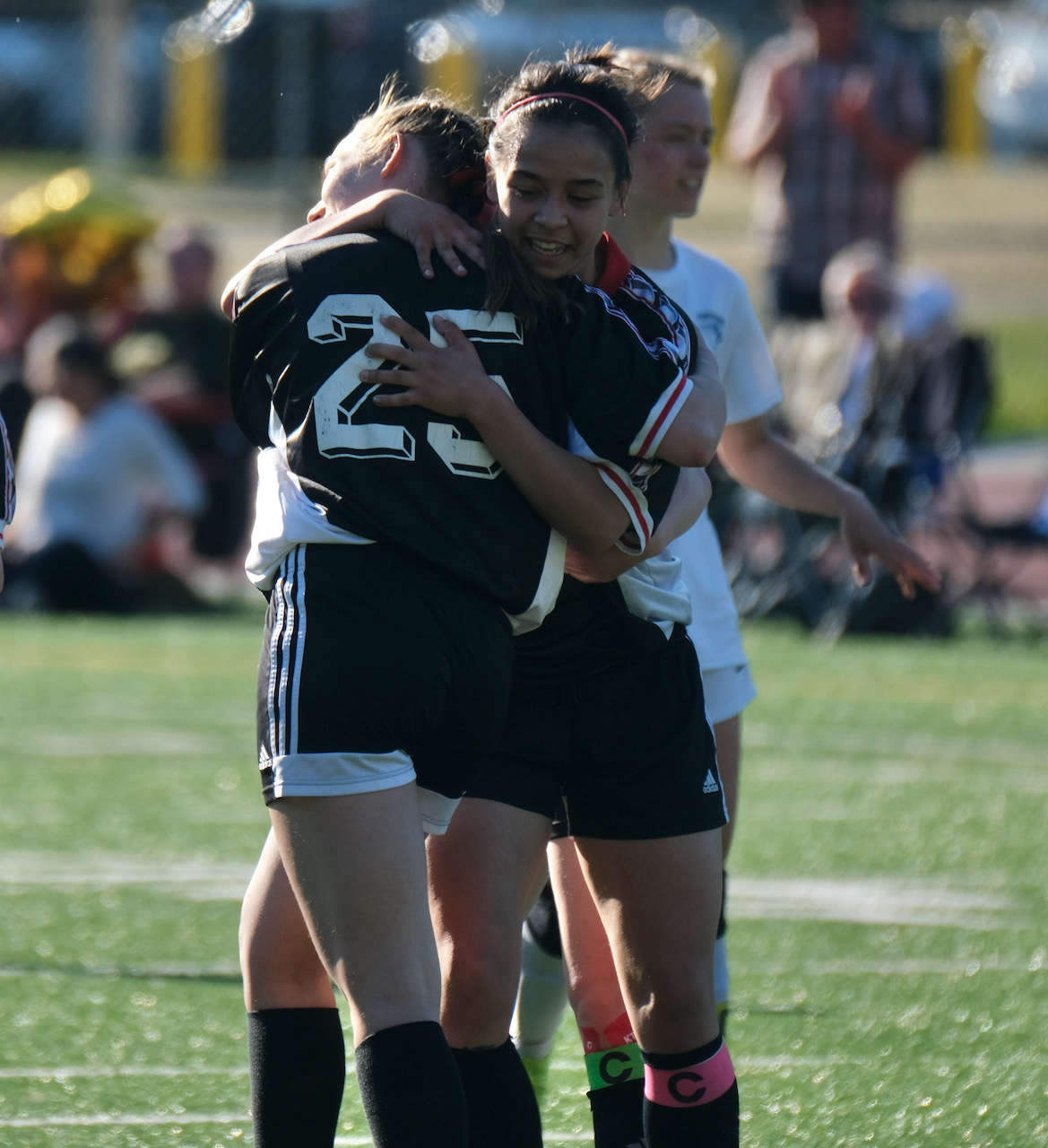 “Senior night, their last game at home to play for their family and friends that maybe are not going to be at state,” JDHS coach Matt Dusenberry said. “She (Bentz) seemed pretty animated after she scored that first one, so I think she was pretty excited about it…”

Bentz put her first goal in with 16 minutes left in the first half with an assist from B. Plummer.

Plummer earned the team’s Hard Hat Award for her play. Her assist tied the Crimson Bears all-time assist record of 41 set by 2021 graduate Taylor Bentley and tied for most assists in a season at 17, also set by Bentley.

“Honestly I’m really happy,” Plummer said. “I didn’t even really realize it, like, I was even close to beating it until midway through the season… I made that pass to Kyla (Bentz) and I honestly think she was more excited than I was… obviously I wouldn’t be able to do it without my team scoring the goals for me… I really like playing in the middle. I like to distribute, it’s a lot of fun watching people make runs and score, especially my little sister (Cadence Plummer), I like when she scores the best…”

Classmate Ella Goldstein is also in the assist record chase as she has 16 on the season.

“Ella is right behind here,” Dusenberry said. “She is having a heck of a season… pretty impressive that they are collectively sharing the ball…”

Bentz added another goal in the second half with an assist from freshman Natalie Travis.

“It was great,” Bentz said of two goals. “Honestly it was such a great way to end the season at home, and my career at home. It was kind of bittersweet to walk off that field for one last time. I’m glad that those two goals happened. It felt like I was kind of closing my Juneau soccer career and it was a nice way to go out. I’m glad it went out the way it did…”

Bentz said it was a nice night for both sides.

“It was a nice night for everyone,” Bentz said. “It was the TM girls last game in Juneau and it was our last game in Juneau and that to me is kind of better than playing some team from out of town for our senior night. I’m glad that we got to experience that together. Even though we are two separate teams we both live in Juneau… it was a bittersweet moment but I definitely wouldn’t rather face any other opponent on my senior night than TM… I am very happy we got to experience that as Juneau kids growing up together…”

Bentz was even happier an assist came from Plummer.

“I’m always going to be a Blake Plummer fan any time,” Bentz said. “I care about her getting the assist more than I do my goal… my family has always told me that assists are worth more than goals… With Blake coming close to beating the record, I was really excited for her and I’m really glad that I could give that to her

“Being a freshman,” she said. “I remember looking up to seniors and hoping that I would be able to have a senior night, and I got it, so it’s pretty nice.” 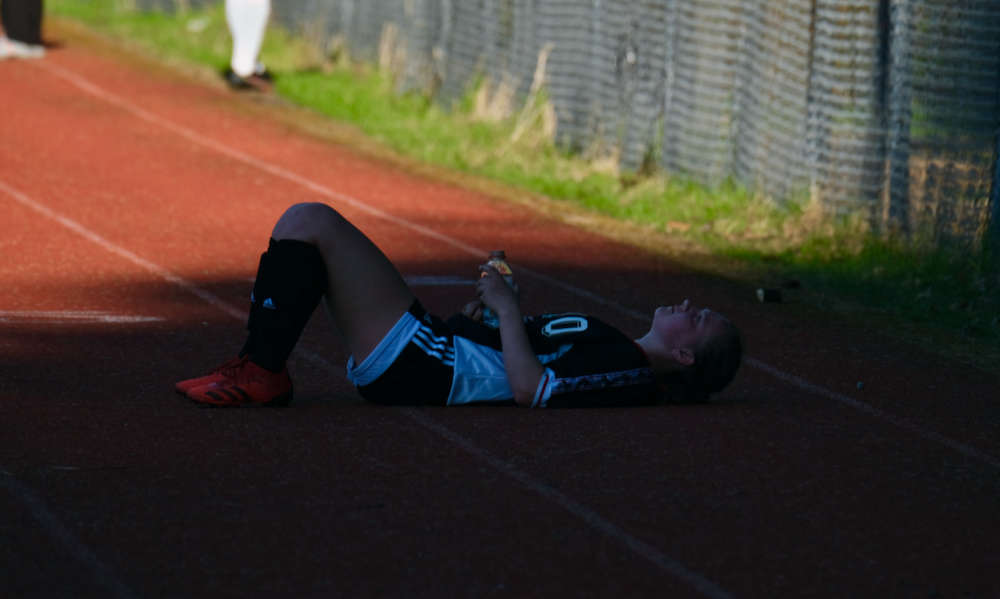