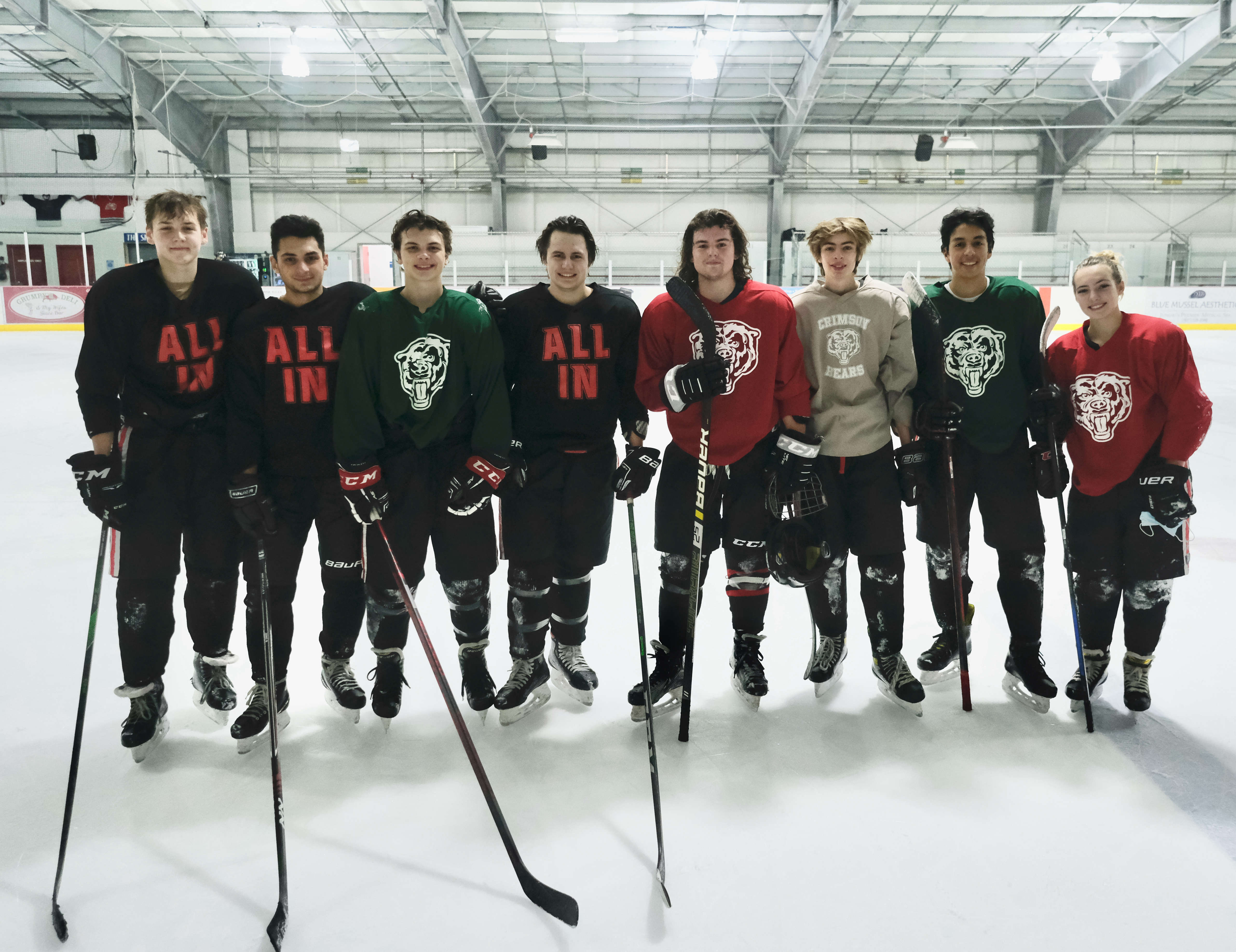 Juneau, Alaska (KINY) -  One thing is certain as the 2021-22 Juneau-Douglas Yadaa.at Kalé Crimson Bears hockey season begins, the Zamboni will be needed… a lot. The Crimson Bears are fast, and the rink seems small compared to the speed they possess.

“We do have a significant amount of team speed,” Crimson Bears head coach Luke Adams said. “It’s been pretty fun to watch this group kind of come together and understand who is going to play in which roles. But we have a lot of positive energy moving forward and after last year, these kids are hungry and we are excited to go and compete.”

“We did get on the ice,” Adams said. “We practiced throughout the season, had a lot of scrimmages, but last year a lot of our focus was - whether we have a game last season or this coming season - we want to be prepared and the kids bought into that. So there’s a lot of that ripple effect now to where these kids are hungry and ready to compete.”

Team members have risen through the ranks of the Juneau Douglas Ice Association to find their spots on the high school team.

“We have a very competent group of hockey players of all ages, freshmen to senior, and we have a lot of kids that are younger that are going to contribute at the varsity level,” Adams said. “And our JV program is really strong with development so it will be interesting to see how the season plays out and where those roster spots are filled.”

The Crimson Bears will travel north this week, playing in both a varsity and junior varsity tournament.

“Up in this tournament we get our first look at Homer so that’s exciting,” Adams said. “We play a non-conference game against them just to see where we match up. They’ve been state champs a couple years in a row. I don’t know what their graduation rate was but at the same time they are always a good program so it should be fun.”

The Crimson Bears play in the Division II Railbelt Conference with Homer, Houston, Kenai, Kodiak, Palmer and Soldotna. The other DII conference is the Aurora, which includes Delta Junction, Glennallen/Kenny Lake, Monroe, North Pole and Tri-Valley. Three teams from each conference qualify for the state championships, plus two at-large bids from a pool of both conferences' fourth and fifth place teams.

Last season Homer defeated Palmer 3-2 for the DII state title in an abbreviated state tournament. The Division I tournament was canceled due to the pandemic.

“We’ve had a couple years where we were rebuilding,” Adams said. “And now that rebuilding is on the ice, so it is exciting. We have this next man up philosophy and the kids are buying in.”

Some of the Crimson Bears senior players commented on being back on the ice.

“I like that I get to be on the ice again, it is a lot of fun,” Cody Roomsburg said.

Added Kyla Bentz, “And actually have a home game, not playing against our own team.”

“I just love how hard everyone is working,” he said.

Added Dylan Murdoch, “I like how our team is young and fast.”

Colton Johns said he “likes the afternoon practices on Wednesdays.”

Said Fin Shibler, “I’m liking how good our team is looking already through the beginning of the season.”

Andre Peirovi is ready for the team to play strong competition.

Sam Bovitz has noticed the quality of skating on the ice.

“I’m liking how good our intensity is and how we are moving the puck,” he said. “And I’m excited to see how we play against the other teams.”

Although JDHS did not play conference, tournament or travel games last season, Adams noted the team persevered, largely due to work ethic and player leadership.

“Sam Bovitz has been our captain for three years and he will be our captain this year,” Adams said. “And our assistants that were voted in last year, one was Taylor Bentley, who graduated, but we still have Dylan Murdoch. Both of those players right now have been absolutely stepping up to the plate and we are very pleased with their leadership, as well as everybody else. This is a group of 12-13 seniors...they are a tight group, they are an energetic group, and we are excited to compete this year. There are a lot of positive things happening in this group.”

Adams said this is the most competitive year for roster spots.

“It is a little bit new to the program because we have never been this deep,” he said. “And as much as it is a challenge for some kids to hear they might not be on a game roster, their response of working hard and contributing in practice, and working for a spot, has been really positive. A lot of good maturity. We are just in a good spot. A testament to our youth program once again, JDIA, they are pushing out a good group of kids to us and we are happy to be partners with them.”