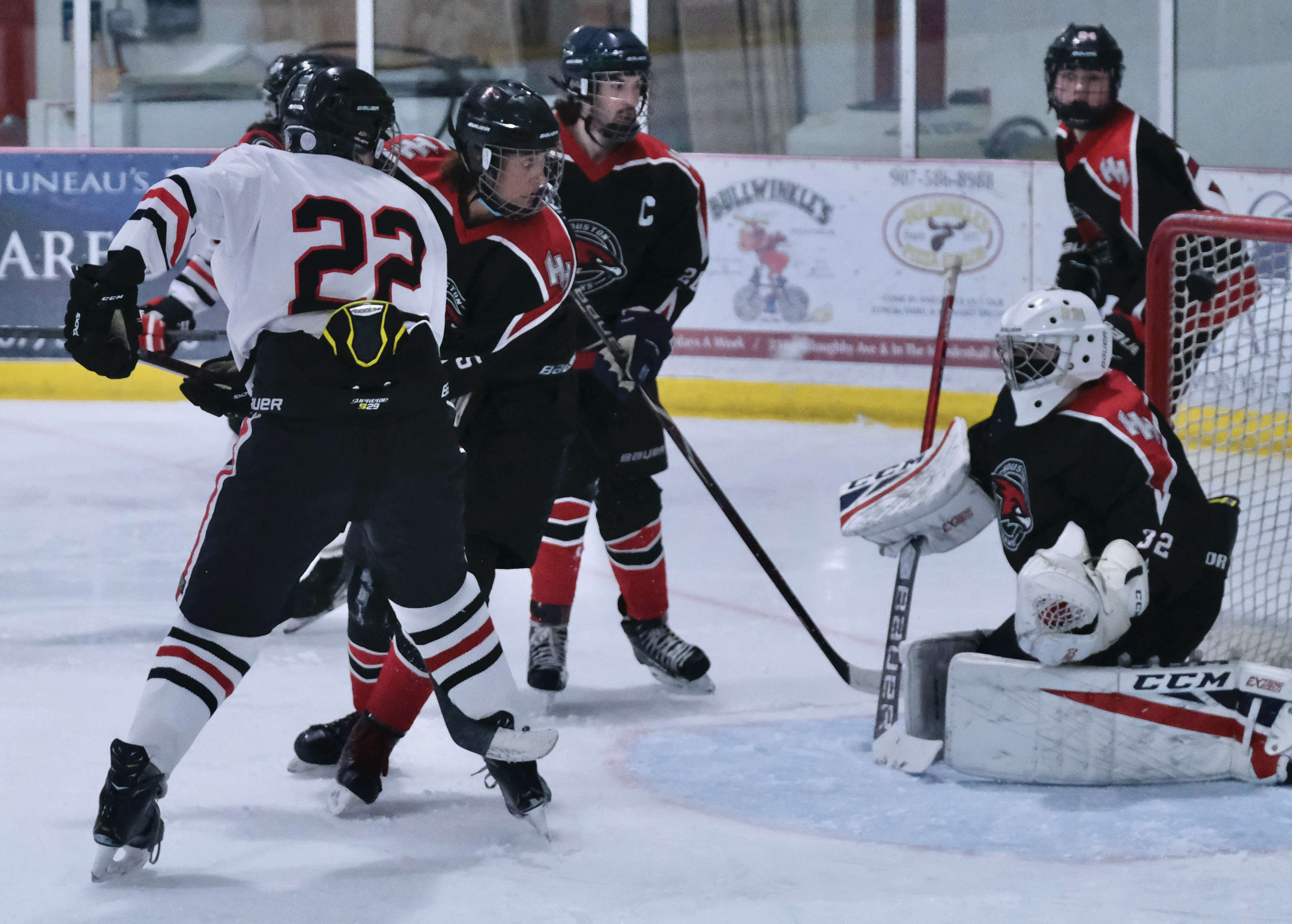 JDHS senior Cody Kesselring (22) puts a shot over the shoulder of Houston goalie Ari Burnside (32) during the Crimson Bears 6-1 loss to the Hawks at Treadwell Arena on Friday. (Klas Stolpe)

Juneau, Alaska (KINY) - The Juneau-Douglas High School: Yadaa.at Kalé Crimson Bears hockey tell fell to the visiting Houston Hawks 6-1 on Friday and will skate in a rematch today at 3:30 p.m.

The Crimson Bears scored their goal at 5:10 of the second period. Senior Cody Kesselring put in a shot, assisted by senior Illya Wallace.

The Hawks scored two more goals in the second period. Konev at 10:13, assisted by Philip Kuzmin, and Richard scored unassisted at 6:08.

The Hawks scored their final two goals in the third period. Matveev at 6:49, assisted by Efimov and Efimov at 2:07 assisted by Domnin Efimov.

Houston is the top team in the Railbelt Conference and will be the top seed in the state tournament Feb. 3-5 at Wasilla’s Menard Sports Center. JDHS is in fifth place in the Railbelt but is a strong contender to earn an at-large bid into the state playoffs. 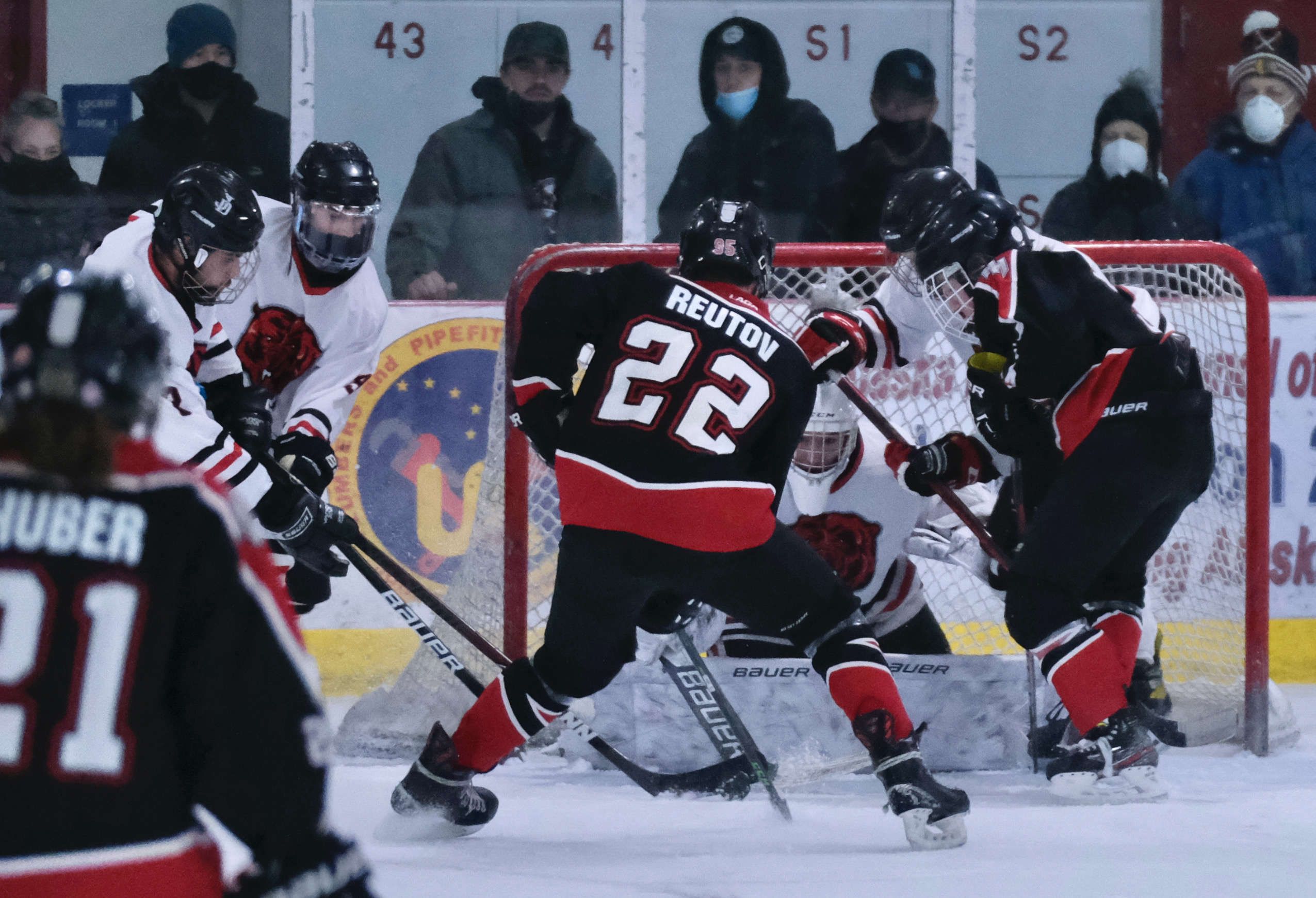 Above - JDHS sophomore goalie Mason Sooter stops a shot by Houston's Andrey Reutov (22) during the Crimson Bears 6-1 loss to the Hawks at Treadwell Arena on Friday. (Klas Stolpe)