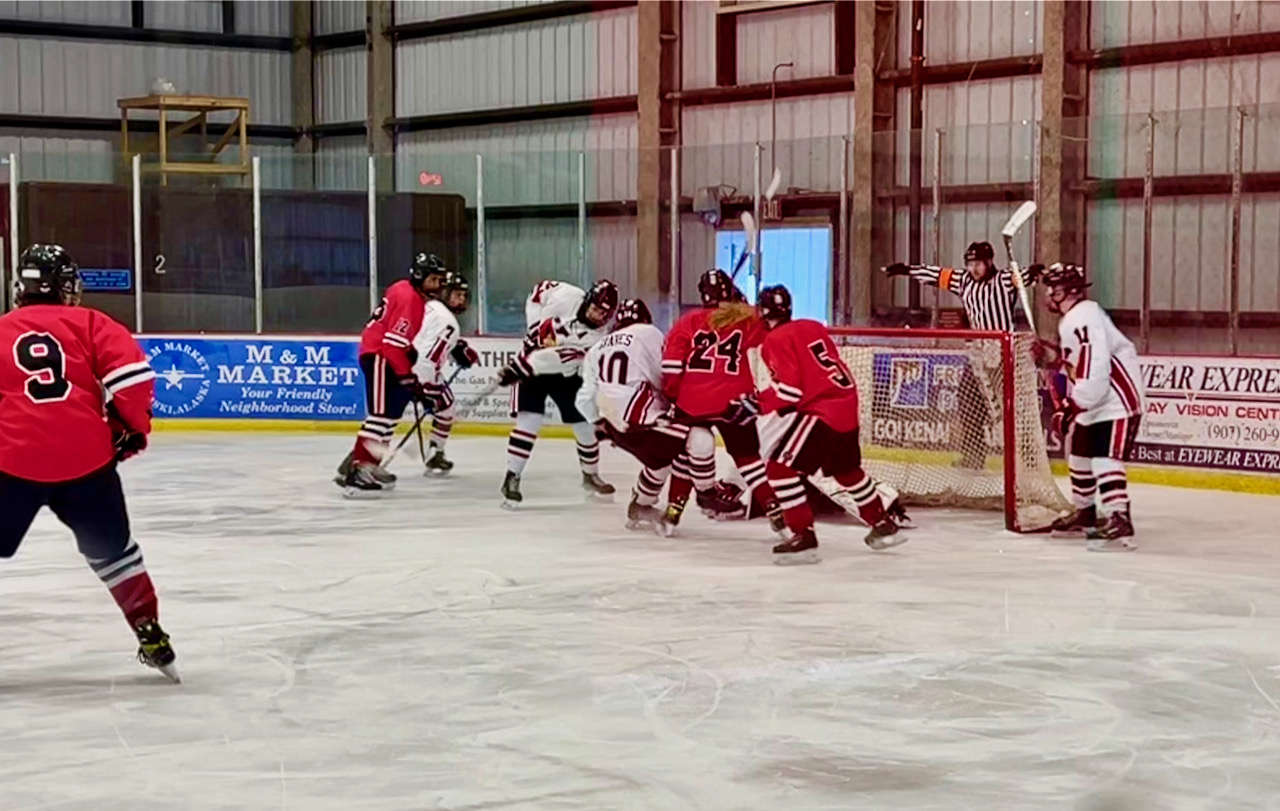 Juneau, Alaska (KINY) - The Juneau-Douglas High School: Yadaa.at Kalé hockey team is battling against their opponents in the Railbelt Conference but the puck has been unlucky for the Crimson Bears who fell on the Kenai Peninsula to Soldotna 4-2 on Thursday and 4-3 Friday, and to Kenai 3-1 on Saturday.

“The kids are battling hard,” Crimson Bears coach Luke Adams said. “Just can’t seem to get some luck on our side.”

On Thursday senior Sam Bovitz scored two goals. The first with 11 minutes remaining in the third and assisted by senior Andre Peirovi. The second with nine minutes left, assisted by sophomore Camden Kovach and Peirovi. The scores brought the Crimson Bears back within a point, 3-2, but Soldotna found the net with three minutes remaining in the game.

“They just got a few more bounces and had a little more energy than us,” Adams said. “Sam gave us a good energy boost but we took a couple penalties right after that and it kind of killed our momentum.”

On Friday, Bovitz scored to give the Crimson Bears a 1-0 lead with 5:31 left in the first period, assisted by Karter Kohlhase and Colton Johns.

Soldotna tied the score in the first and took a 2-1 lead in the second period.

JDHS’ Peirovi tied the game with 10:42 left in the second period, assisted by sophomore Ian Moller and senior Dylan Murdoch.

After Soldotna took a 3-2 in the second period, JDHS’ Peirovi found the net again with 9:06 remaining in the stanza to knot the score again, assisted by seniors Fin Shibler and Joey Meier. Soldotna would hit the game winner with two minutes remaining in the third period.

On Saturday the Crimson Bears lone goal against the Kenai Kardinals came in the third period unassisted by Meier.

“The Kids have been positive and resilient this whole time and continue to just focus on the next game,” Adams said. “Really a sign of maturity of this group, especially all of the senior leadership.”

Their recent road losses will be put to rest this weekend when the Crimson Bears skate on home ice at Treadwell Arena against DII Railbelt Conference rival Palmer on Friday and Saturday.

The DII state hockey championships are Feb. 3-5 at Wasilla’s Curtis Menard Sports Complex. The top three teams from the Railbelt and Aurora automatically qualify. The two at-large bids are decided from a pool of the fourth and fifth place finishers in those conferences.

The winner of the DII tournament advances to play in the DI hockey state championships Feb. 10-12 at Wasilla. 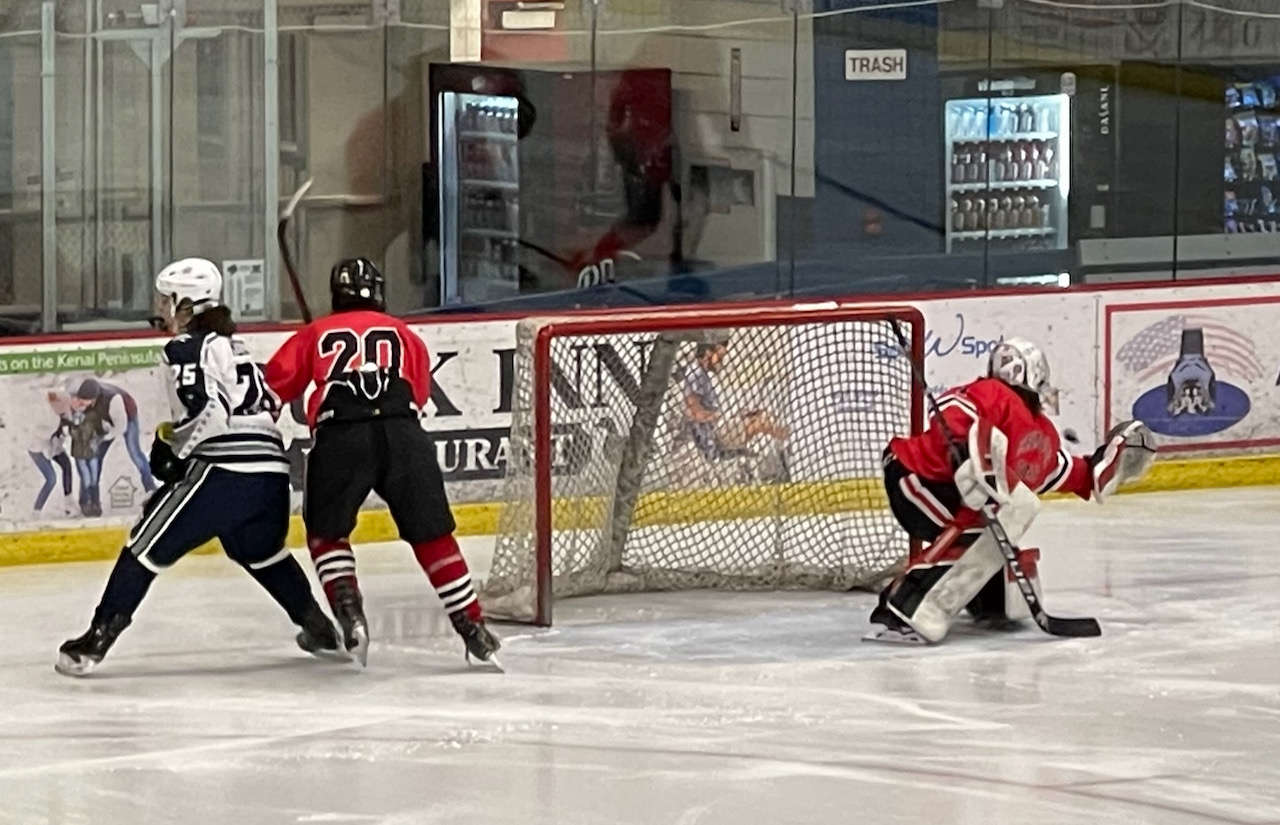 Above - The Juneau-Douglas High School: Yadaa.at Kalé Crimson Bears are shown in action against the Soldotna Stars last week in Kenai. The Crimson Bears host the Palmer Moose on Friday and Saturday at Treadwell Arena.