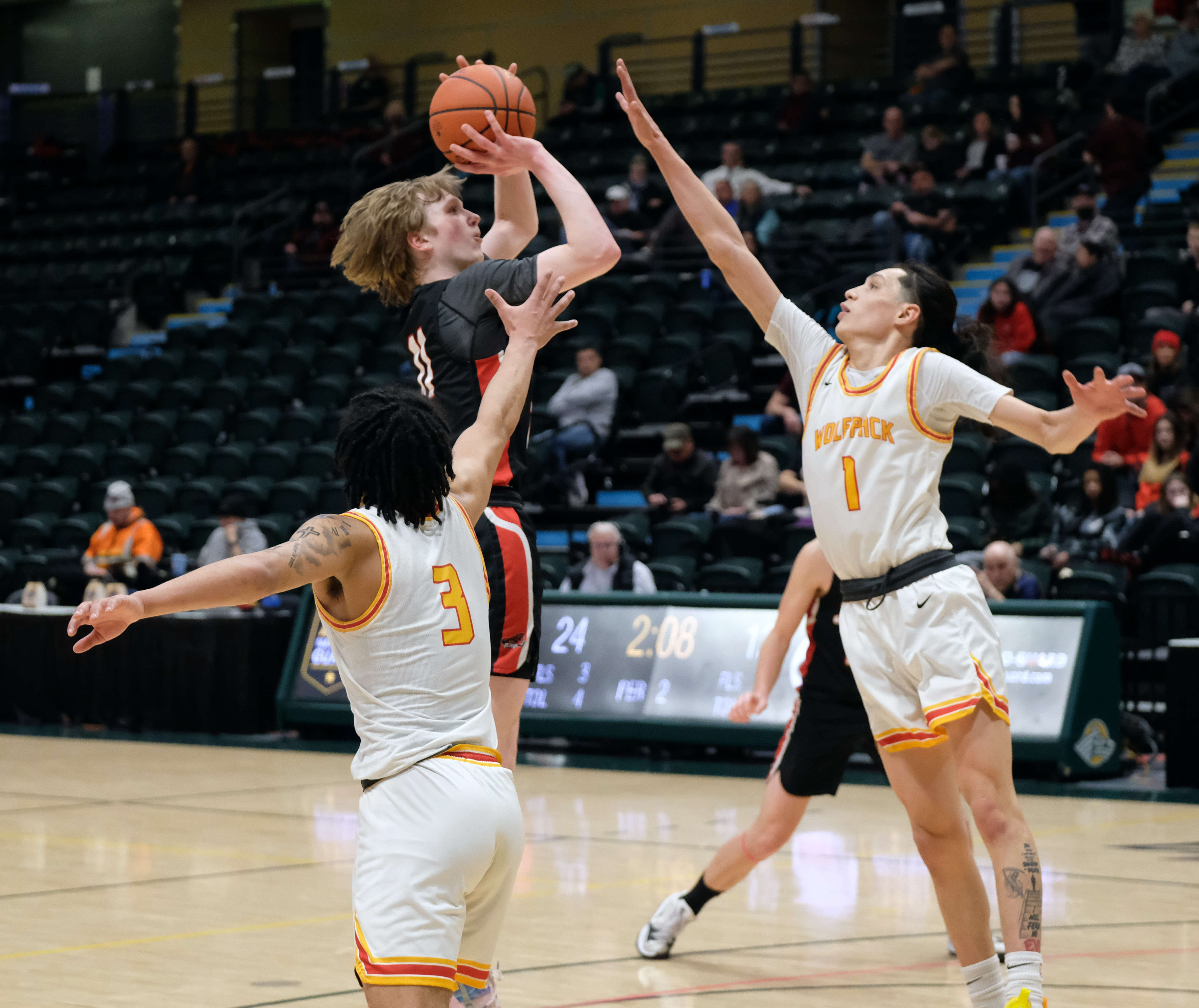 JDHS' Sean Oliver (11) shoots over ACS' Tyriq Luke (3) and Stewart Erhart (1) in the Crimson Bears 60-37 consolaion bracket loss to the Lions at the state tournament in Anchroage on Friday. (Klas Stolpe/KINY)

JDHS previously faced West Valley on Jan. 29, falling 61-46, and the Crimson Bears knew they had a large task facing an athletic team with the 4A boys Alaska Association of Basketball Coaches Player of the Year, Stewart Erhart.

“The last time we played them Erhart didn’t hurt us,” JDHS coach Robert Casperson said. “It was Tyriq Luke. He’s pretty dynamic and much more physical than any of the guys we were able to put on him. What he does he does really well, and that’s score. Erhart does a great job distributing and takes what is given to him…”

After an initial free throw by West Valley sophomore JaMari Sims, the Wolfpack got their final 10 points of the first quarter from Luke.

JDHS had all seven of their points in the first quarter from sophomore Sean Oliver and trailed 11-7.

JDHS senior Jake Sleppy battled at the rim to tip in a shot opening the second quarter but Luke answered past the arc for West Valley and junior Colton Thompson hit for a 16-9 lead.

JDHS senior Tias Carney found a basket inside and junior Chris Harris hit a free throw to cut the lead to 16-12 with 4:10 to play.

West Valley would close out the stanza with a 13-2 run, including an Erhart shot past the arc and two farther out by Thompson for a 29-14 lead at the half

“West did a great job shooting the ball,” Casperson said. “You don’t often see teams come in to a big arena venue like this and then shoot, like, 50% from three… They did a great job dialing in and hitting some threes and that gave them a cushion early.”

JDHS’ Carney and sophomore Alwen Carrillo matched opening baskets with West Valley to start the second half and trailed 33-18 but the Wolfpack went on a 7-0 run for a 40-18 advantage.

JDHS junior Orion Dybdahl stopped the run with a basket inside but West Valley closed the third quarter with a steal and score by Erhart and after a Crimson Bears turnover Erhart hit a shot at the buzzer to give the Wolfpack a 44-20 cushion heading into the final stanza.

JDHS did not surrender and outscored West Valley 17-16 in the fourth quarter.

“I’m pleased that we never give up,” Casperson said. “There is merit to that. We’ve never played with an eye on the scoreboard in that sense. I would imagine if somebody were to watch our film and there was no score available to them they would have a hard time telling if we were up 20 or down 20. And I appreciate that about our guys. That’s a really good life lesson for them moving forward and especially for these guys who are coming back as they start preparing for their next season with us.”

“We just didn’t make enough shots to start the game,” Casperson said. “We were getting good looks. We are definitely going to have to focus in the offseason on increasing our shooting percentage. A lot of the parts and pieces are there for us and we just have to put the work in moving forward. The seniors… I really appreciate them and all the work they’ve done and the leadership they have provided this year. I think they’ve done a great job for us. A lot of them are playing limited roles but they stayed positive the whole way and they did bring great leadership to us, understood the expectations of them and their teammates and were willing to except roles. That is not always the case so I am really proud of them and really appreciate them.”

JDHS had opened the state tournament with a 59-46 loss to top seed East Anchorage. East beat Colony on Friday 45-43 to earn the championship game on Saturday. West Valley plays in the fourth place game against Palmer on Saturday. 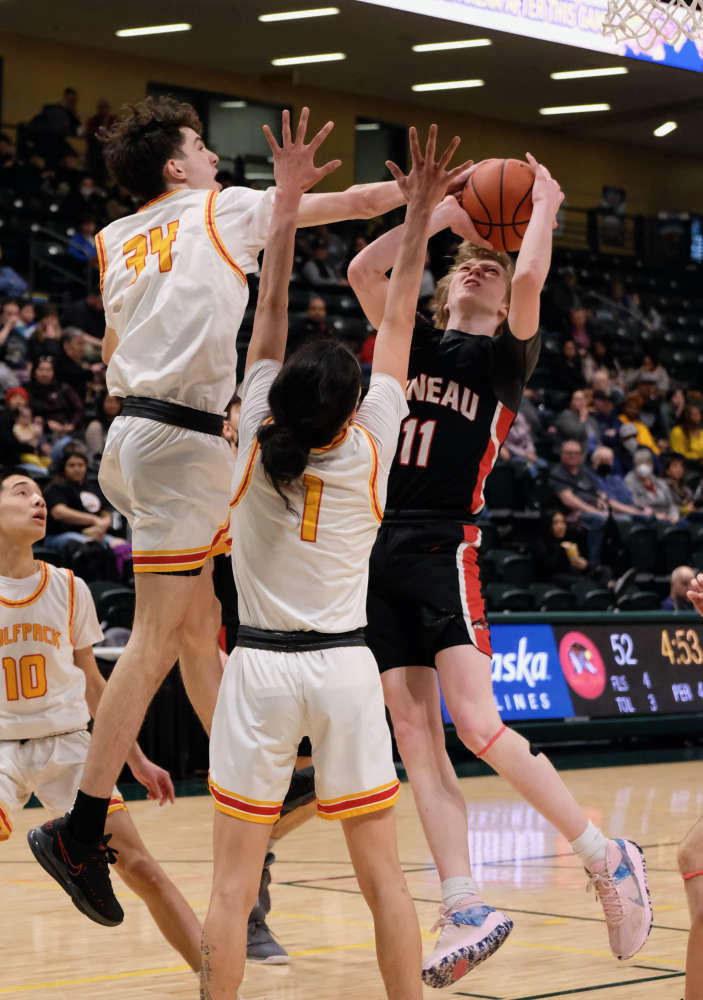