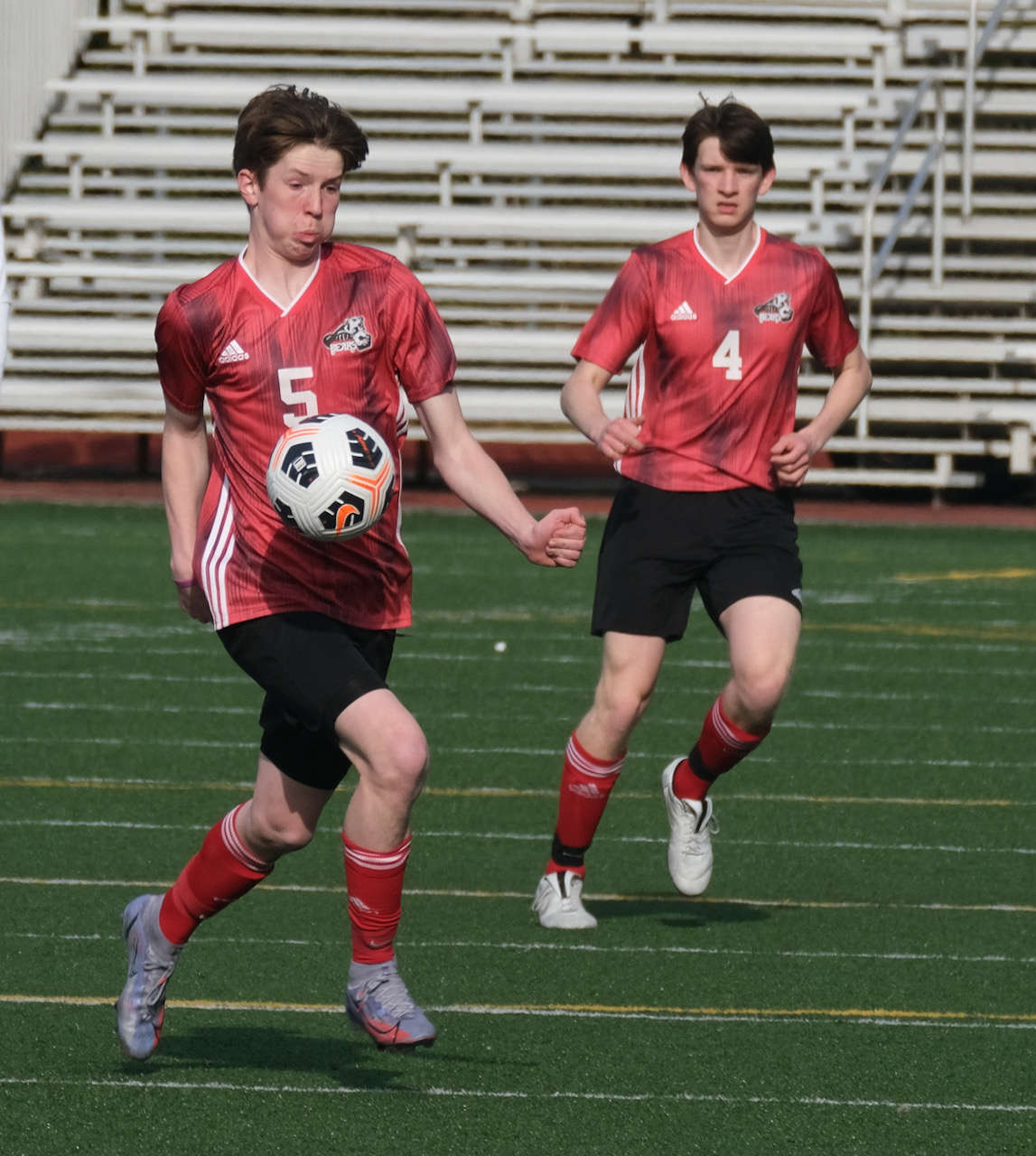 “We scored two goals in the first four minutes,” JDHS coach Gary Lehnhart said. “Then we sort of lost our mojo. It was 3-0 at the half. We made it a lot harder than it should have been… it looked a lot closer than it was but it wasn’t our best performance for sure.”

An average performance by the Crimson Bears is often enough to beat a good team and JDHS senior Andre Peirovi got the tally started two minutes into play by touching in a goal off a pass by junior Kean Buss.

“Nothing super special,” Lehnhart said. “Just a good pass and a simple finish.”

“Kai threaded to Tias who got ahead of the defense and then beat the keeper,” Lehnhart said.

JDHS had multiple chances through the half, not doing too much with them except loosening up their forwards.

In the 33rd minute Ciambor went on “A pretty spectacular run” according to Lehnhart.

Ciambor put a shot on goal that actually resulted in a Palmer player desperately trying to clear the ball but hitting another Moose teammate and putting an own goal in for a 3-0 Crimson Bears lead.

“For all intensive purposes Kai created the goal,” Lehnhart said. “Because he dribbled through, probably, five guys. Pretty incredible. He has got some magic in his feet.”

Lehnhart said the Crimson Bears started well in the second half and had the ball in the opponent's end but could not score as Palmer crowded back.

“We were passing the ball around but just couldn’t seem to put the thing in the net,” Lehnhart said.

Palmer ran a counter attack and a Moose player was bumped down by JDHS defenders, earning a penalty kick which was converted to bring the Moose to 3-1.

The Crimson Bears struck on a corner kick in the 66th minute by junior Gabe Cheng who put the ball on target into a crowd of critters in the box and Carney braced his neck muscles for a header into the net and a 4-1 advantage.

Palmer scored in stoppage time for the final tally.