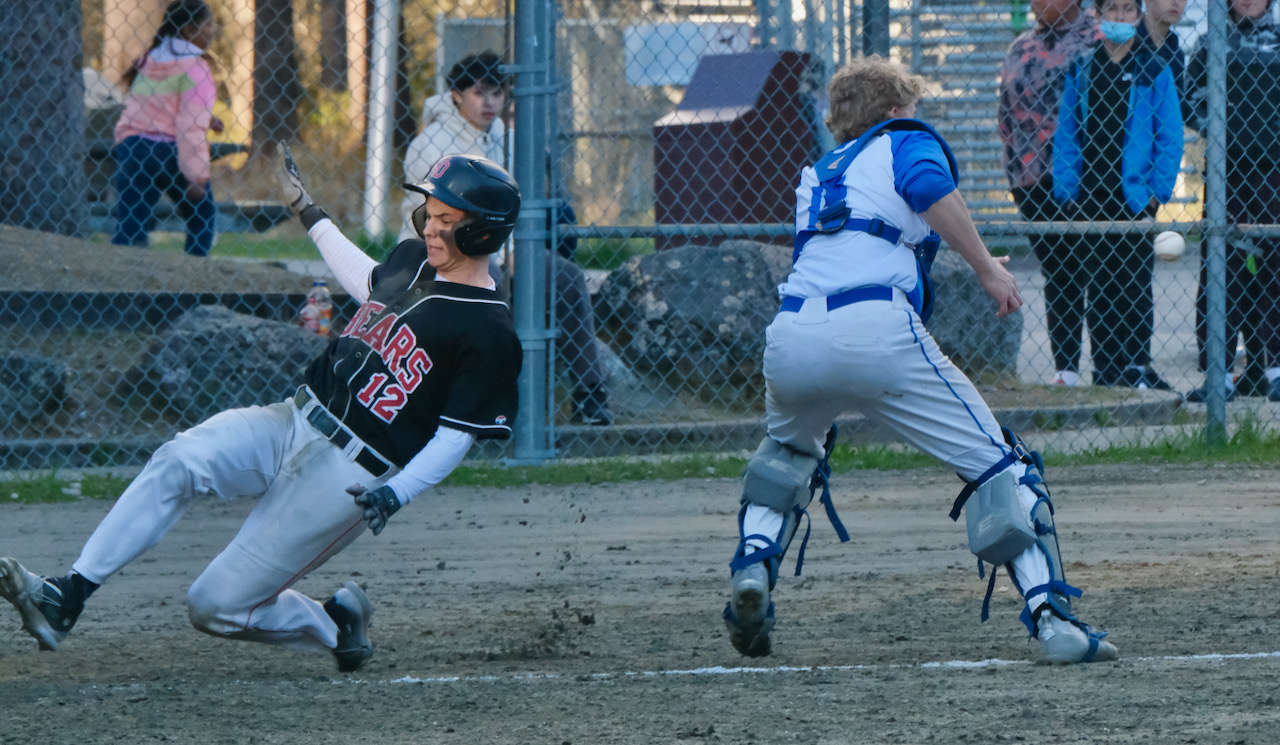 Juneau, Alaska (KINY) - The Thunder Mountain High School Falcons baseball team put the first run across the plate against Juneau-Douglas High School: Yadaa.at Kalé on Friday at Adair Kennedy Field, but the Crimson Bears scored the next 11 runs across six innings for the win.

The Falcons run came in the top of the first inning as senior Isaiah Nelson led off with a single and scored two outs later on a ground ball to center field by sophomore Kaeden Quinto.

JDHS tied the game in the bottom half as junior Derrick Schauwecker doubled in classmate Caden Mesdag.

JDHS junior Bohdi Nelson was responsible for seven of the Crimson Bears runs, going 3-5 at the plate with six runs batted in and crossing the plate once himself.

JDHS added three more runs in the second inning. B. Nelson doubled in seniors Kai Schmidt and Gaby Soto, and senior Porter Nelson singled in Mesdag. Schmidt would get a lead off walk in the third inning and score on a two-out error for a 5-1 lead. A triple by B.Nelson scored Quinto, Schmidt and Soto in the fifth inning, followed by junior Caleb Campbell singling in B. Nelson, and P. Nelson doubling in Schauwecker for a 9-1 lead.

JDHS’ final two runs came in the bottom of the sixth with a B. Nelson single that scored Soto and Mesdag.