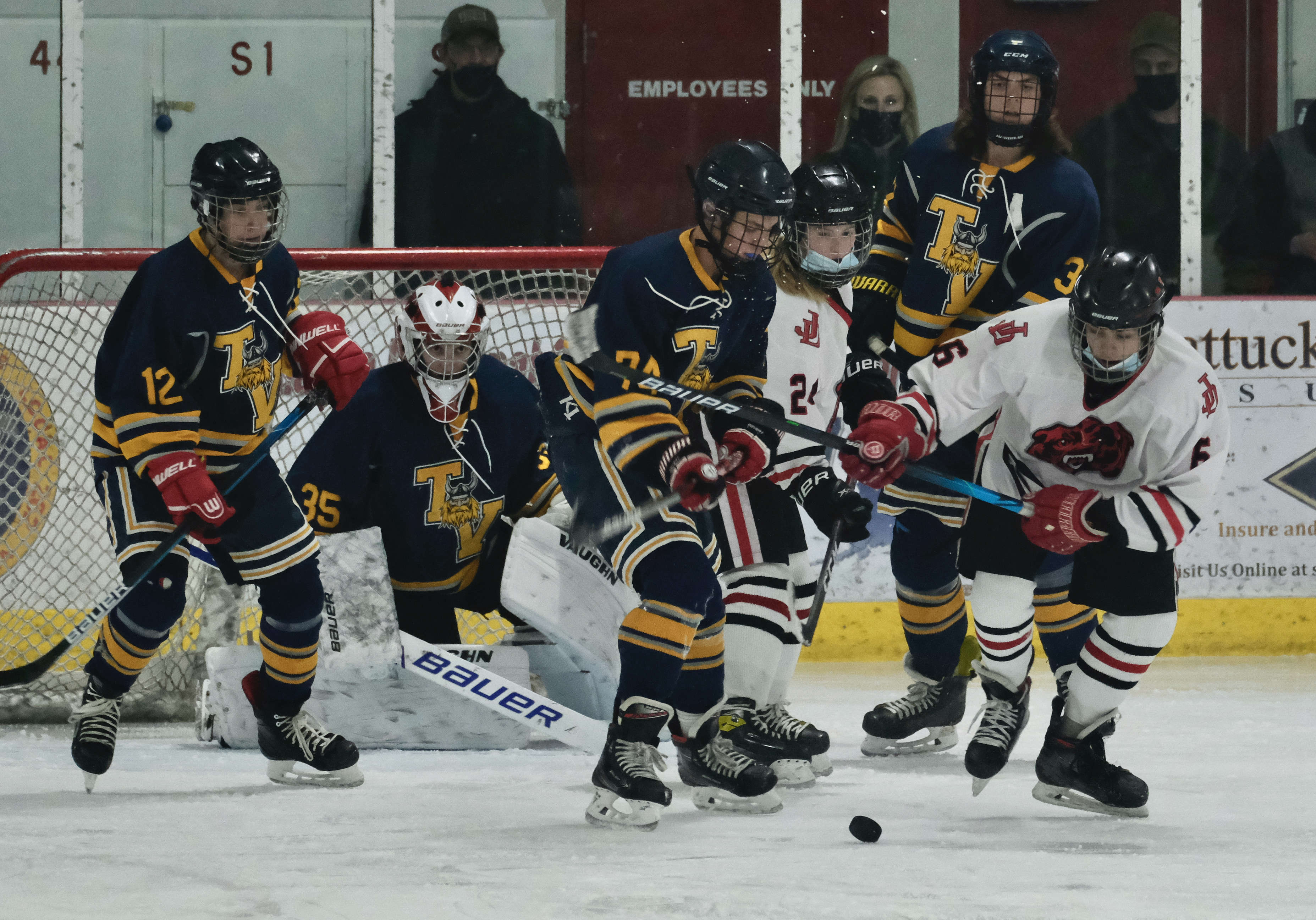 Juneau, Alaska (KINY) - The Juneau-Douglas High School: Yadaa.at Kalé hockey team got an unexpected first goal that picked up the Crimson Bears enthusiasm and highlighted a 6-2 win over the Tri-Valley Viking Warriors on Tuesday at Treadwell Arena.

“Tommy Pearson, who is normally a JV player, got a call up today,” Crimson Bears head coach Luke Adams said. “So he scored his first one, and that was pretty special. That was the first one that happened tonight. It was pretty good to see that emotion out of him but also all his teammates. First goal of the game, first varsity goal of his career. He’s only been playing a couple years of hockey but for me, that was a big one, mostly because it showed the relationship these kids have with one another. They were as happy for him scoring as they would be for them scoring themselves.”

Tri-Valley sophomore Chris Grahm had scored the first goal of the game, just over a minute into action, assisted by sophomore Miranda Kimmel and junior Josh Renshaw, and Juneau-Douglas seemed to be momentarily lethargic.

That all changed as Pearson’s shot went in with 9:46 remaining in the first period.

“It felt amazing,” Pearson said. “I was just glad I could hype the team up a little bit, get us going today. And I think the team really capitalized on it and kept going. I started skating my freshman year and this is like all the people I have been skating with. And it is just an honor and amazing to be finally skating with them. These seniors are so amazing. I entered my freshman year when they were sophomores and I had never played hockey before. And they were super supportive of me and they made my experience so great in hockey.”

That experience was heightened by the goal and the ensuing celebration that included the assist makers, junior Lake Bartlett and senior Dylan Murdoch, who said the goal inspired the team.

“Oh, that was awesome,” Murdoch said. “The team was stoked. It was amazing to see that.”

The Crimson Bears put four goals into the Viking Warriors net in the second period.

The raucous crowd of red and black clothed fans, including five bare-chested boys, each with a letter that in cohesive unity spelled “BEARS,” were thrilled with each pass, check and score throughout the game.

“It’s fun,” Dylan Murdoch said. “We had lots of shots, just having fun out there. It’s awesome to be able to have fans again, too. The energy is good. Everything in the locker room and outside is just awesome. It is great to have everyone back.”

“The kids came out and struggled a little bit in the first period but settled down in the second,” coach Adams said. “And once we started moving we were pretty tough to stop today. Good things happen when you keep the game simple. That’s what we have been preaching and hopefully the kids will take that away from today. Tri-Valley is such a hard-working team. It’s hard to play against (them), no matter what. They don’t have the deepest bench or the most numbers but at the same time their work ethic makes it really hard to play against and that’s why year after year we like them coming down because no matter what, they give you a good game. They gave it to us today. They kept working the whole time. So a lot of credit to them. I think we just had a little bit more depth tonight. We’re happy with that result. The kids got some good momentum moving into tomorrow.”

The Crimson Bears and Viking Warriors are set to play at 3 p.m. Wednesday. 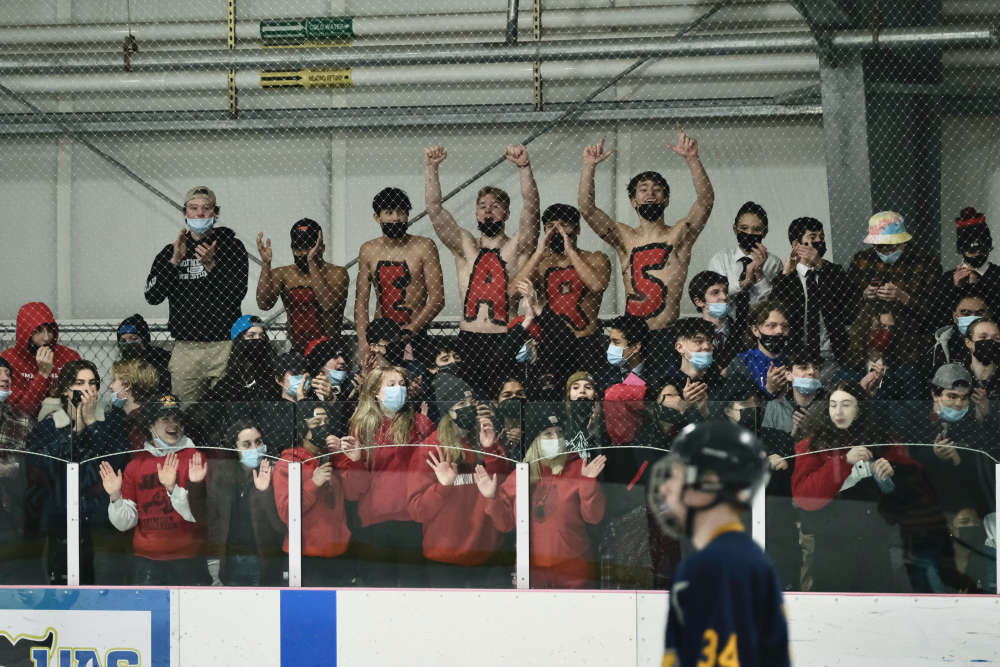