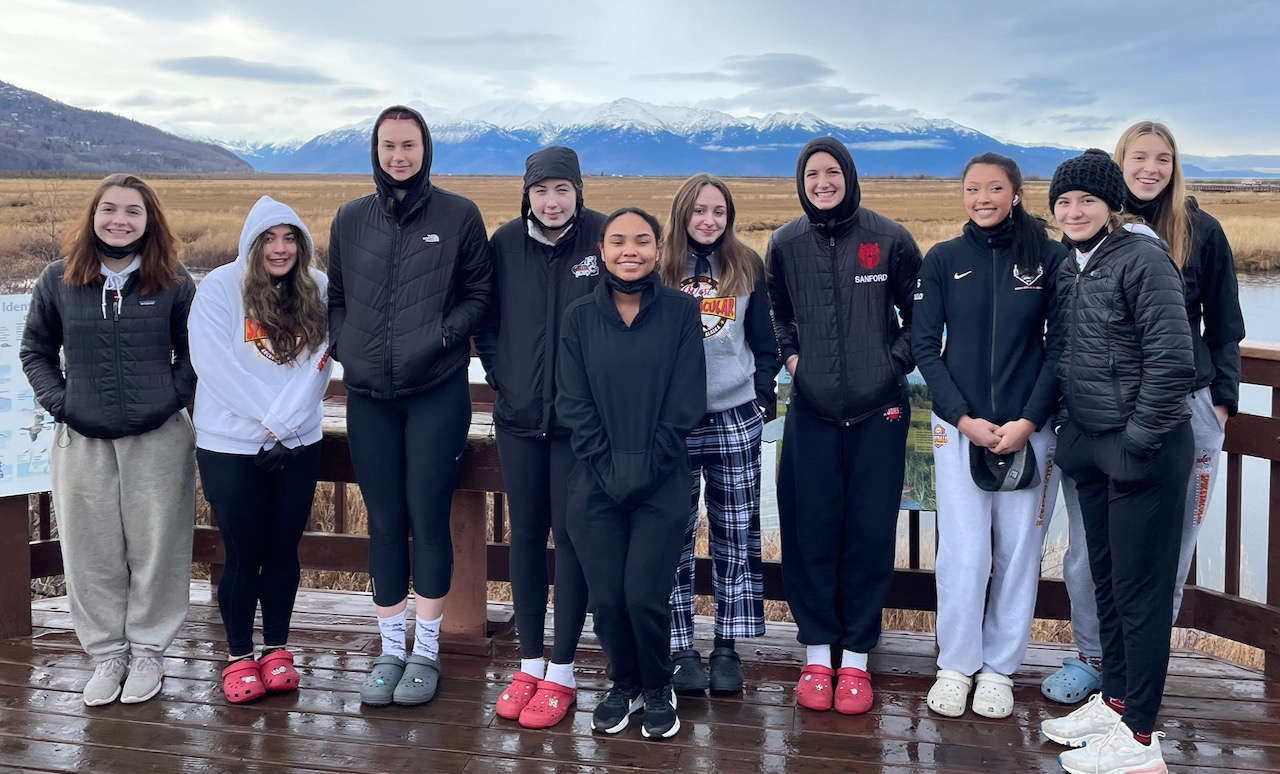 Juneau, Alaska (KINY) - The Juneau-Douglas Yadaa.at Kalé volleyball team took their final road trip of the regular season into Anchorage last weekend, playing East Anchorage on Thursday and a variety of teams in the Dimond/Service Tournament on Friday and Saturday. They will host the Ketchikan Kings in their final regular season games on Saturday, including a senior night, as they prepare for the Region V Championships in Ketchikan Nov. 5-6.

“Overall, over the weekend I was happy with getting the experience to play a lot of teams that we normally don’t get to play,” JDHS coach Jody Levernier said.

“I think we just had a lot of inexperience and that showed this weekend,” Levernier said. “It was hard for us to click consistently. We would have a couple of good plays and we were having a hard time stringing things together. I think that is just experience and being able to dig ourselves out of holes. Five of our girls have never traveled with high school volleyball before. When we click it is amazing and really fun to watch and when we don’t click we struggle. We have to learn how to work past that.”

The Crimson Bears played better at the West Spiketacular earlier in the season and had a strong showing at the JIVE in their home gym. The team has played a lot of games in a short period of time, according to Levernier.

“Our girls did really well and they were really tired,” Levernier said. “I think coming off a big weekend like that it was hard to pick ourselves back up.”

Statistics were not complete for the Dimond / Service Tournament. The Crimson Bears played 15 games.

“Bartlett was exciting,” Levernier said. “They are one of the top teams in the state and our girls played pretty well against them.”

“The hard part is we played well against really good teams and then struggled against the teams that we really had a good chance of beating if we played our best,” Levernier said. “Then we stepped it up against the harder schools again. We’re just working on being consistent.”

The Crimson Bears are 4-2 in conference,Thunder Mountain is 4-2 and Ketchikan 0-4. The Region V Tournament is Nov. 5-6 in Ketchikan.