Dusenberry said there will be a pressure from teams who are motivated to play the Crimson Bears.

“I would think it might bring some (pressure) just from motivation on the teams that are playing us,” Dusenberry said. “I don’t know if we put any of that on ourselves just because that was last year’s team and this is this year’s team. We have different people people and different personalities and we are starting from scratch again.”

“Well, we did lose a few players that were very impactful players. We still have quite a few kids that have quite a bit of experience at the varsity level,” Dusenberry said. “Even when they were freshmen coming in. We have 15 seniors. We have a lot. So we do have a lot of experience to kind of lean in on as far as that goes with games. And it is also great to see them be so welcoming of our new players coming in, too, because I am not the only one out there at practice coaching… the kids themselves that have been around long enough are answering questions and encouraging kids to do things that they know that we kind of do or try to do when we play games.”

“You go through this whether you are a state championship or not,” Dusenberry said. “You lose players every year and you are figuring out who can go where and who can maybe one year help you in one position gets to help you in maybe where Taylor (Bentley) was or Jasmin (Holst) or where any other players from last year played.”

The JDHS girls won the inaugural DII soccer title in 2018 and repeated in 2019. In 2019, the Crimson Bears also defeated the Dimond Lynx during the season; the Lynx went on to win the DI state title. The coronavirus pandemic prevented the Crimson Bears from season play in 2020.

Soccer has not had a region tournament in Southeast. Usually the team with the best Region V record moves on to state. The format for region play last season was changed to allow the top two teams to advance to state to compensate athletes for the previous COVID year. This season it reverts back to the Southeast team with the best record getting the lone state bid from Region V. Two at-large bids will be determined across the state.

“I know when I look at coming into a season, it is always just kind of learning who you have and how people have evolved as players from when they were freshmen to seniors,” Dusenberry said. “I don’t know if there is a magic formula where it is like we are just doing this and we just keep doing this… it is really just kind of responding to what the kids show at practice and then and then as the season goes along even in the games.”

“My hope for this year is just to gain better team chemistry and defend our state championship,” Pugh said.

Her senior teammates agreed on the title defense and more. Sanford wants a fun senior year as do Kanouse, Plummer and McNutt. Newman wants to work better as a team. Goldstein hopes the Crimson Bears score a lot of goals. Bentz wants a fast season with a state title at the end, as does Prince and Quigley. Reed wants to make a lot of memories and DeJean wants to play as a team one more time.

“I’m really excited to have a full season this year with lots of traveling,” Lloyd added. 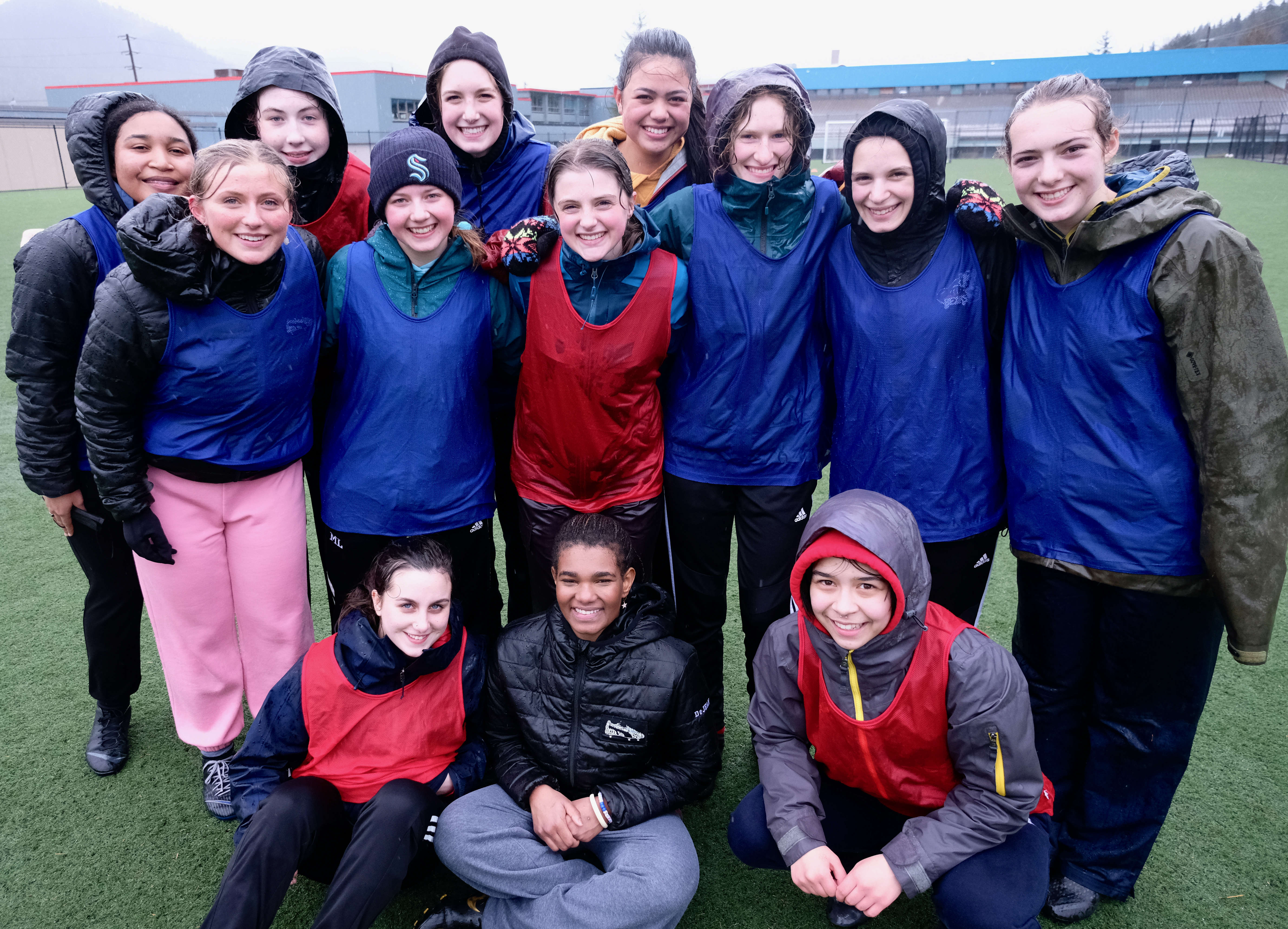