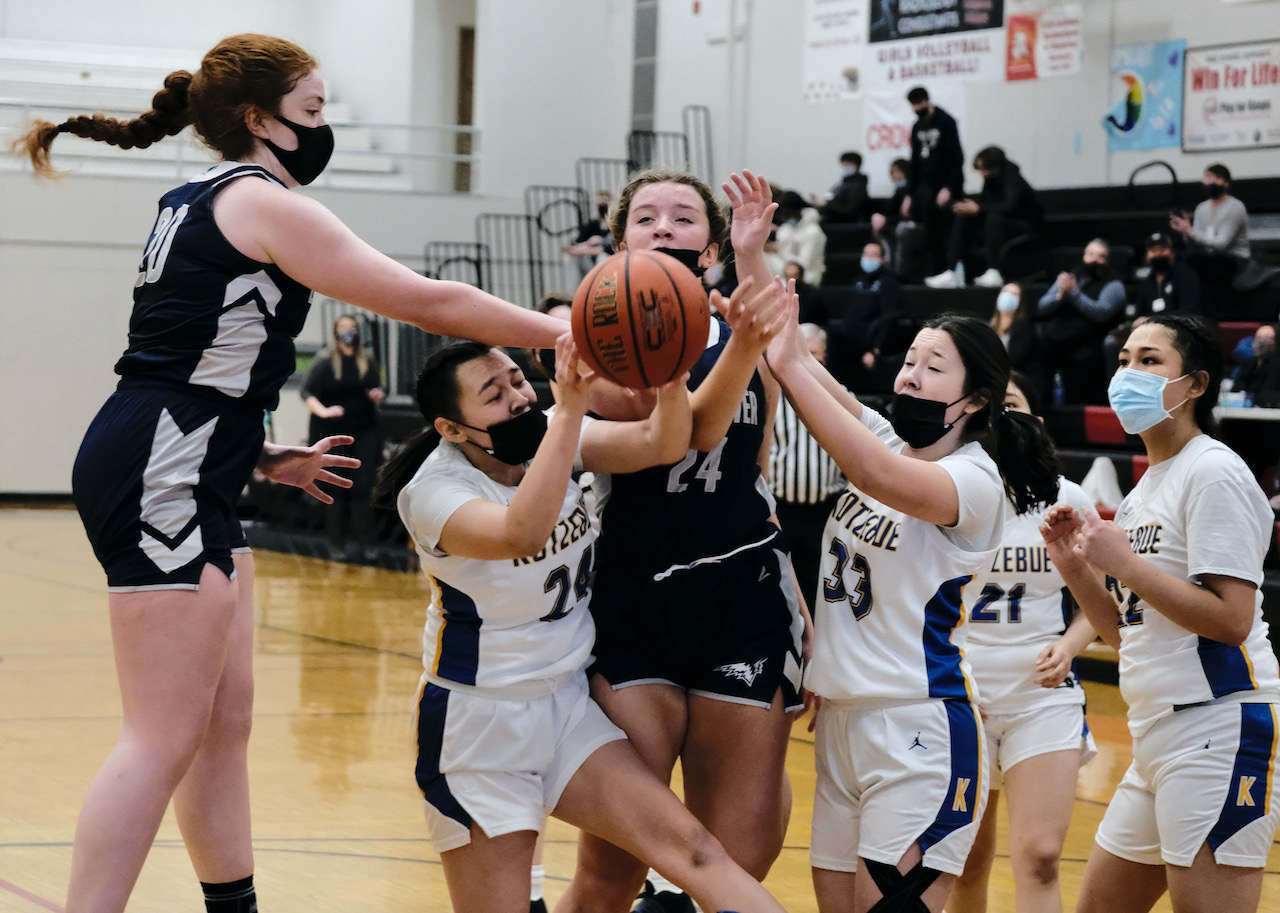 Eagle River sophomore Brooklyn Rollman hit both ends of a one-and-one free-throw with 1:30 left in the fourth quarter to secure the win.

Kotezebue’s Destiny Hoffman had put in two buckets in the last stanza to keep the Huskies close and Siearrah Thomas hit a shot with just under two minutes left to cut the lead to 27-22.

After Rollman’s free-throws, Kotzebue’s Starr Thomas hit a pair of her own charity stripe shots with a minute left to make the score 29-24.

Eagle River’s Rollman found the rim inside for a basket to give the Wolves the 31-24 advantage.

Kotzebue missed a deep shot from beyond the arch and Rollman grabbed the rebound to secure the Wolves’ win.

The teams were tied after one quarter of action at 5-5 and Eagle River took a 10-7 lead into the break. Eagle River led 23-16 after three quarters of action. 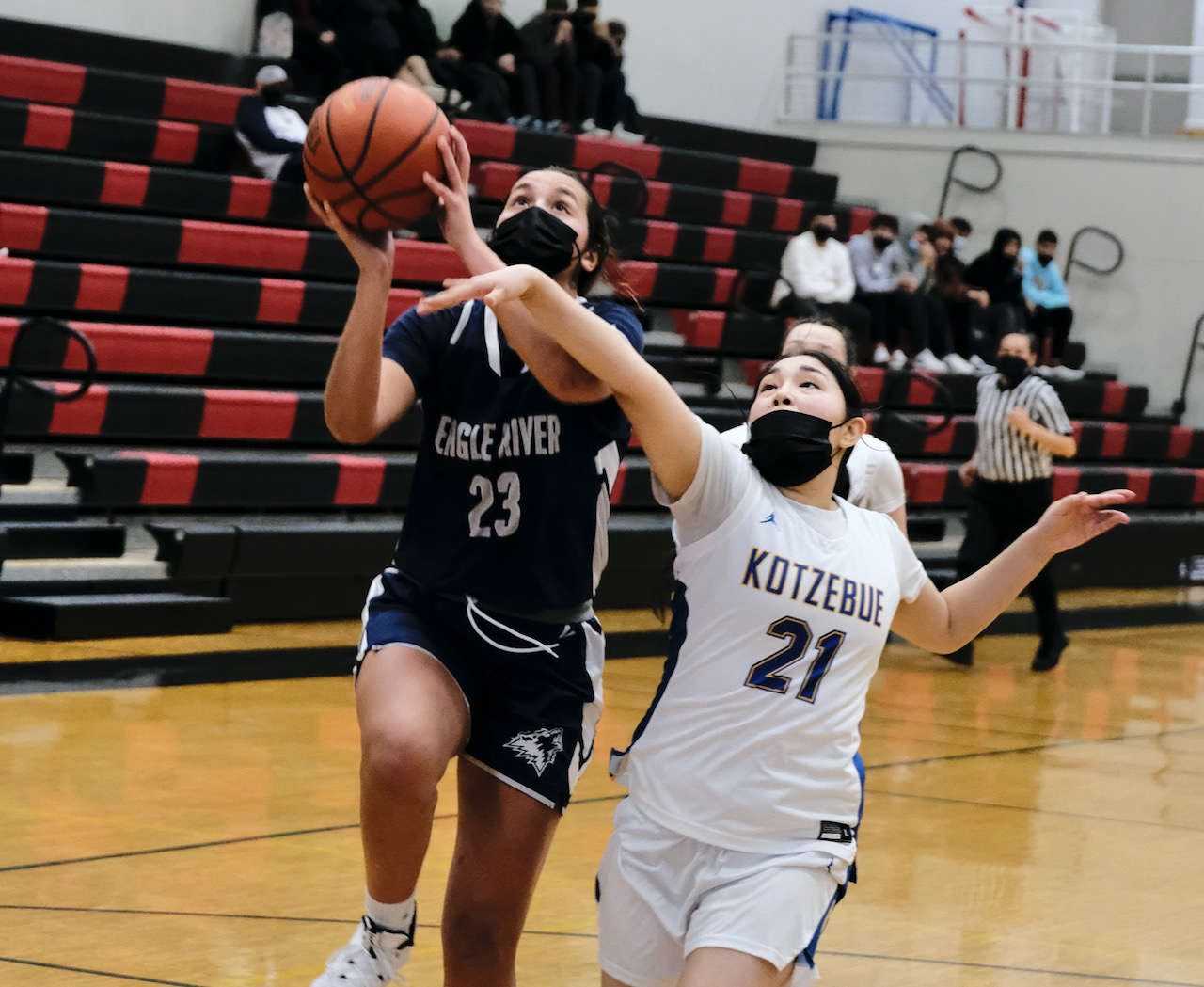