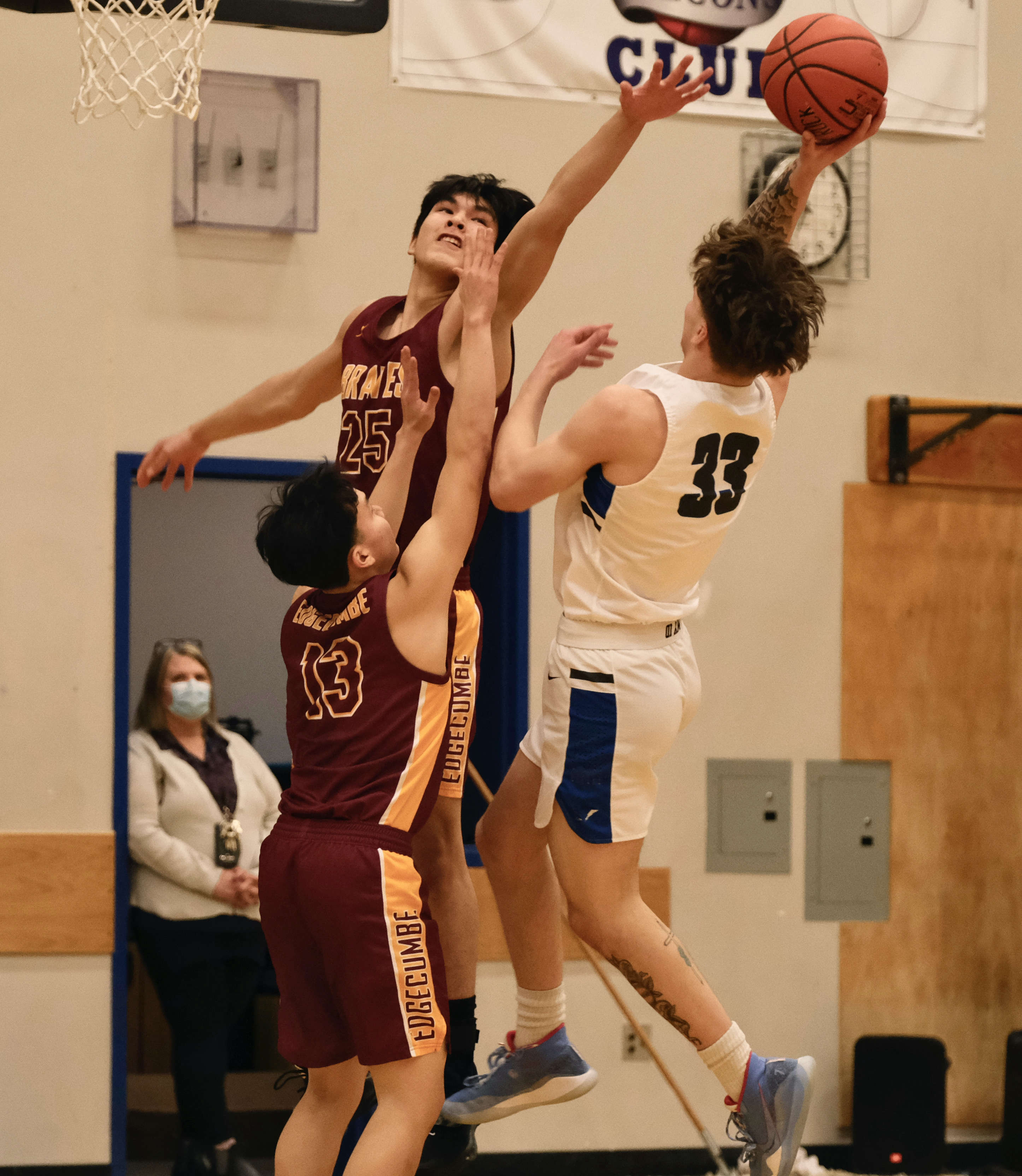 In opening girls action on Wednesday the No. 1 seed Sitka Lady Wolves defeated the No. 4 Houston Hawks 66-30 and the No. 2 seed Redington Huskies tipped the No. 3 Mt. Edgecumbe Lady Braves 38-33.

The Sitka girls led 16-13 after eight minutes and 33-20 at the half. The Lady Wolves were up 46-29 after three quarters and only allowed one Houston point in the fourth quarter.

The Mt. Edgecumbe Lady Braves held an 8-7 lead after eight minutes of action and led 15-13 at the half. Redington held a 25-23 advantage after three quarters and held on for the win with Lexi Seymore scoring 11 of her game-high 25 points in the final stanza.

Mt. Edgecumbe and Houston play in an elimination game at 5 p.m. today. Sitka and Redington play in a semifinal at 8:30 p.m.

The Houston boys jumped out to a 23-6 first quarter advantage behind five shots past the arc. Braden Cork scored 11 of his game-high 23 points in the stanza and Keldin Niedl eight of his 22.

Houston hit five more arc breakers in the second quarter and led 47-15 at the half and led 62-20 after the third stanza.

The Mt. Edgecumbe Braves and Redington Huskies had the game of the opening night, using every minute of the contest to determine the victor.

The Braves took a 24-23 first quarter lead behind nine points from Denine Prentice and some deep shooting by Ranen Wassillie and Mason Ivanoff. The Huskies had five players find the scorebook in the stanza with Wayde Bowman and Logan Seymore hitting from past the arc.

Mt. Edgecumbe led 36-33 at the half and 56-42 after three quarters. Redington outscored the Braves 26-14 in the final stanza but came up two points short.

In boys action today Sitka plays Redington in an elimination game at 3:15 p.m. and Houston faces Mt. Edgecumbe in a semifinal at 6:45 p.m.