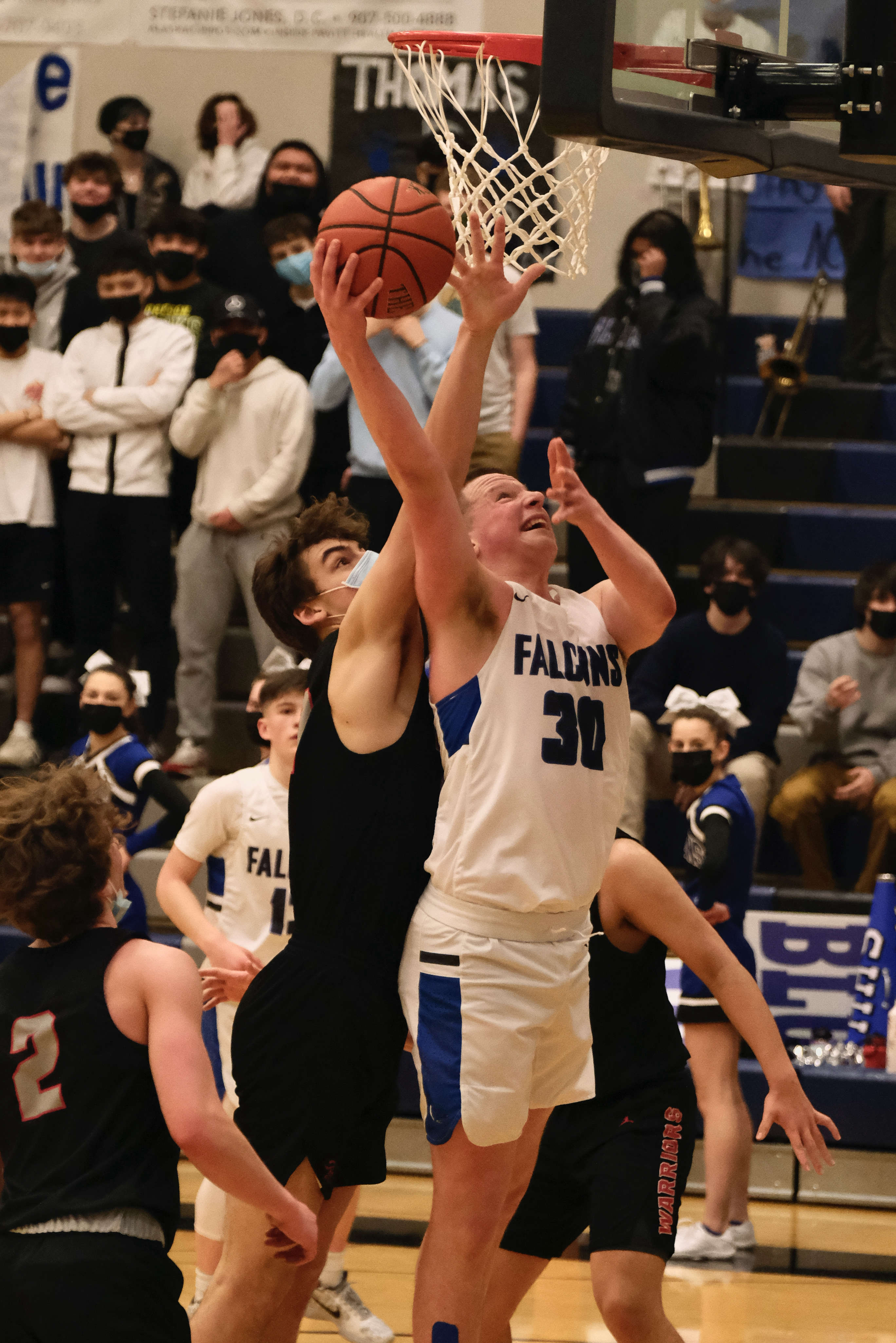 Thunder Mountain sophomore James Polasky (30) scores under pressure from Wasilla junior Owen Beaudry during the Falcons 69-56 win over the Warriors on Saturday at the Thunderdome. (Klas Stolpe)

Juneau, Alaska (KINY) - The Thunder Mountain High School boys basketball team’s hot-shooting perimeter game was bolstered by the inside presence of 6’4” sophomore James Polasky on Saturday as the Falcons defeated the Wasilla Warriors 69-56 at the Thunderdome. The Falcons also won 75-39 on Friday.

Polasky scored nine points in the first quarter on Saturday, seven in a key stretch of the stanza where he was fouled on a rebound, hit the free throws, followed up a shot on the next possession and was fouled on a scoring rebound seconds later for an old fashioned three-point play.

“It helps having a team that really has my back,” Polasky said. “Supporting. I feel like our positive energy starting on defense really helps… and then our offense really clicks off of that.”

Wasilla seniors Dylan Jeffus and Eli Wagle and juniors Arthur Adams, Parker Kroon and Connor Duley traded baskets in that run, and Adams hit for deep to tie the score at 13-13.

Polasky then hit inside again and sophomores Thomas Baxter and Samuel Lockhart began to heat up as the Falcons took a 23-15 lead after eight minutes of play.

Thunder Mountain controlled the backboards in the second quarter as Polasky had three rebounds in the stanza, Baxter two and senior Wallace Adams two.

Polasky scored off an opening rebound to match Wasilla’s A. Adams, and senior Matthew Hartsock added a pair of free throws for a 27-20 advantage.

Wasilla closed to within four points at 27-23 but Thunder Mountain ended the quarter on a 12-6 run that ended with two inside baskets by Polasky and two shots past the arc by Baxter for a 39-29 lead at the half.

Polasky had two blocks in the opening minutes of the third quarter and Thunder Mountain was never threatened in the second half of the game.

The Falcons used a 14-5 run and led 53-34 with just under two minutes left in the third. They closed out the quarter with a score by Polasky inside and a Polasky block that triggered a fast break during which Baxter stopped at the arc and buried a three for a 58-39 advantage.

Baxter sandwiched two short hoops around two deep threes by Lockhart to open the fourth quarter with a 68-41 lead and the Falcons carried the momentum on to their second win in as many nights against the Warriors.

“It was a nice weekend of basketball for us,” TMHS coach John Blasco said. “I really liked the way that we continued to attack the basket in different ways. Wasilla came out with a game plan to be aggressive win the lane and we gave up more points than we would have liked. But our hot shooting continued, which was fun to watch with Thomas (Baxter) and Sam (Lockhart). And James Polasky down low was really big on the glass for us. If you have an inside game it really just frees up the shooters and so we will keep working with James to develop him more inside and build off his work this weekend.”

Thunder Mountain improves to 9-8 overall and sits at 1-3 in the Southeast Conference. 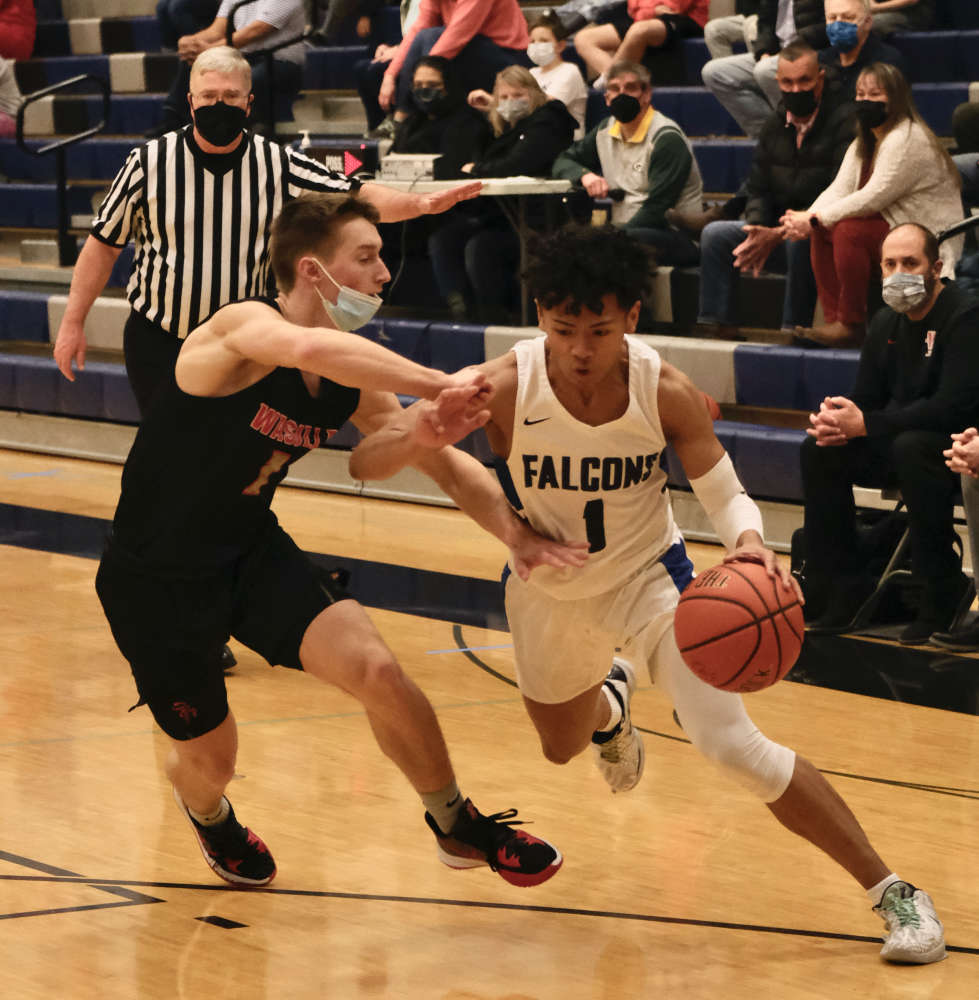