Falcons Get Dirty in Softball-Packed Weekend 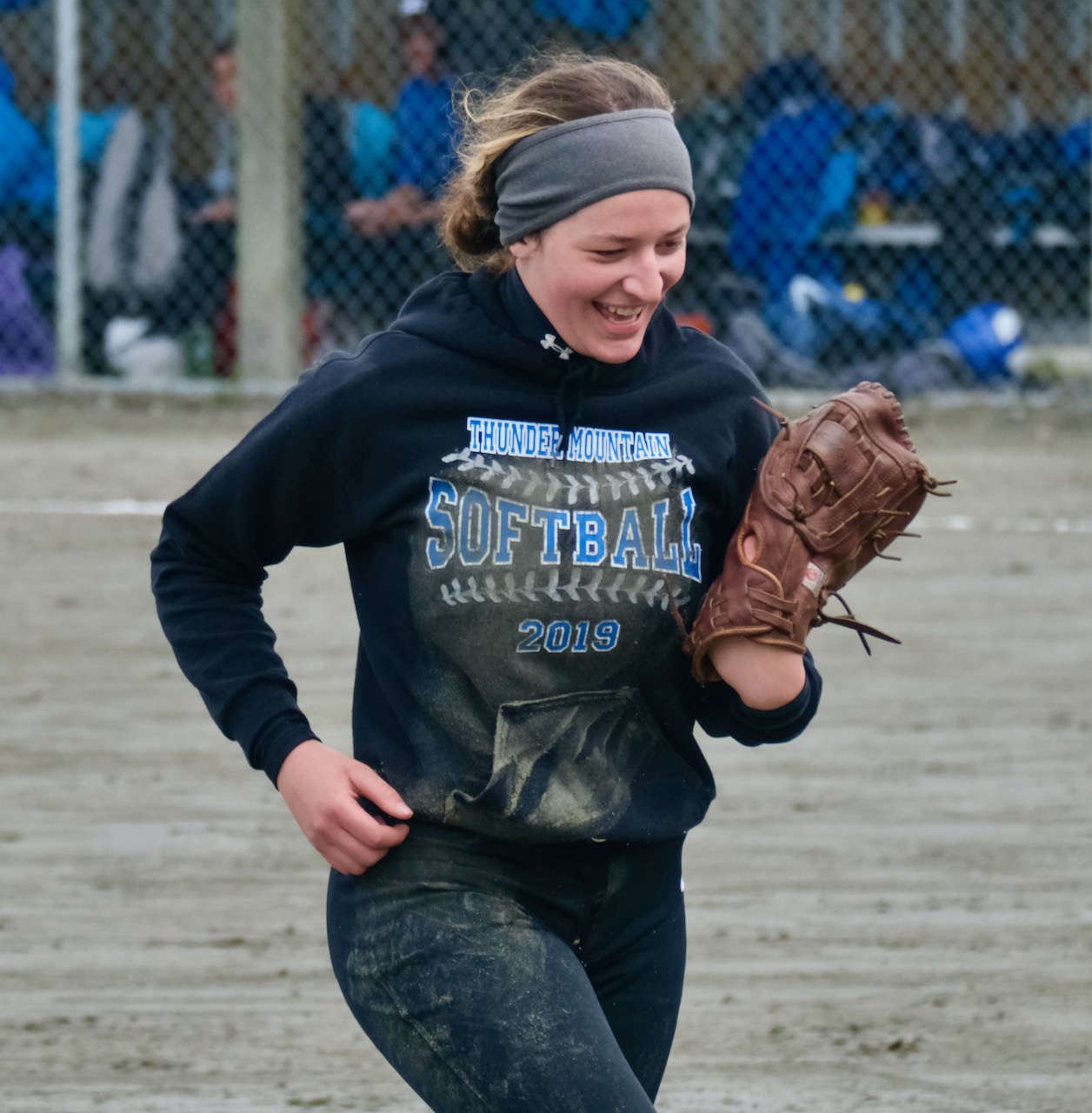 Thunder Mountain High School senior Riley Harp returns to center field after getting dirty on a line drive catch for an out against Ketchikan on Saturday. (Klas Stolpe/KINY)

Juneau, Alaska (KINY) - Thunder Mountain High School senior Riley Harp dove to catch a line drive in centerfield, laid out to stop a ground ball at shortstop and slid into second base when the throw was close -- all in a span of two innings during the Falcons 5-0 win over Sitka on Saturday.

“Getting dirty,” Harp said. “Just working so hard to catch every single ball. Nothing hits the ground here. That’s all I’ve got to say.”

TMHS took sole possession of first place in the Southeast Conference over the weekend, winning three of four games against Ketchikan and Sitka. The Falcons are now 8-2, Juneau-Douglas High School: Yadaa.at Kalé 6-4, Ketchikan 6-4 and Sitka 0-10.

Payne went the six innings in the circle, allowed 10 hits and struck out two. 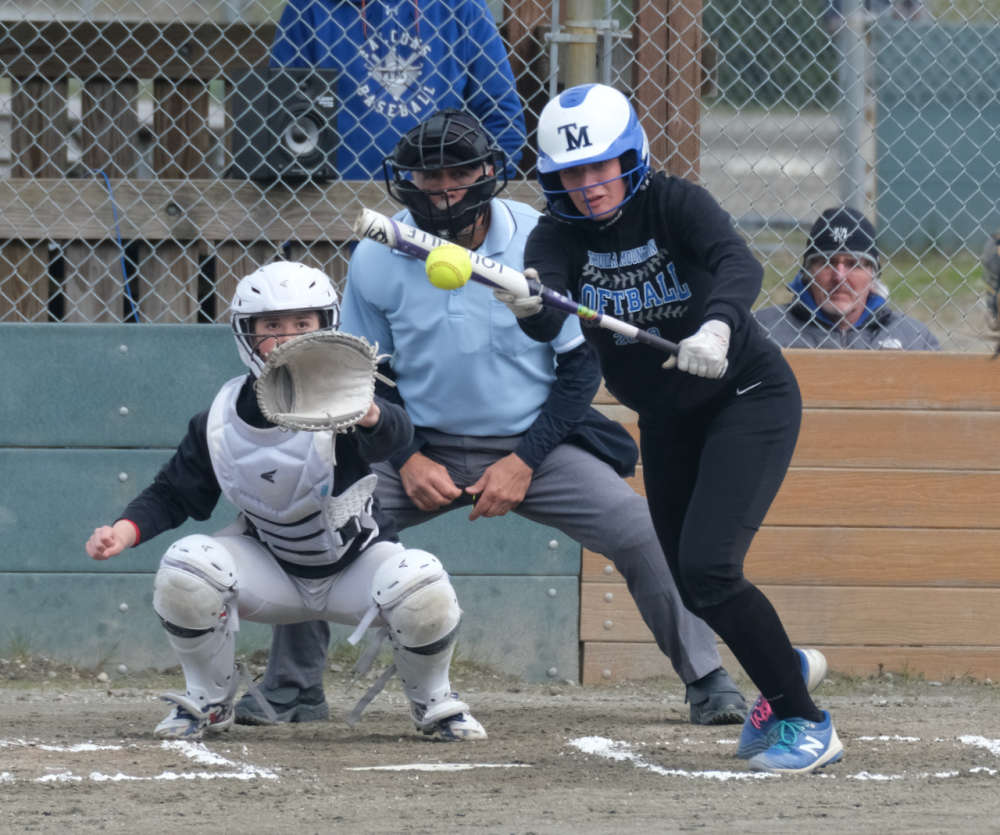