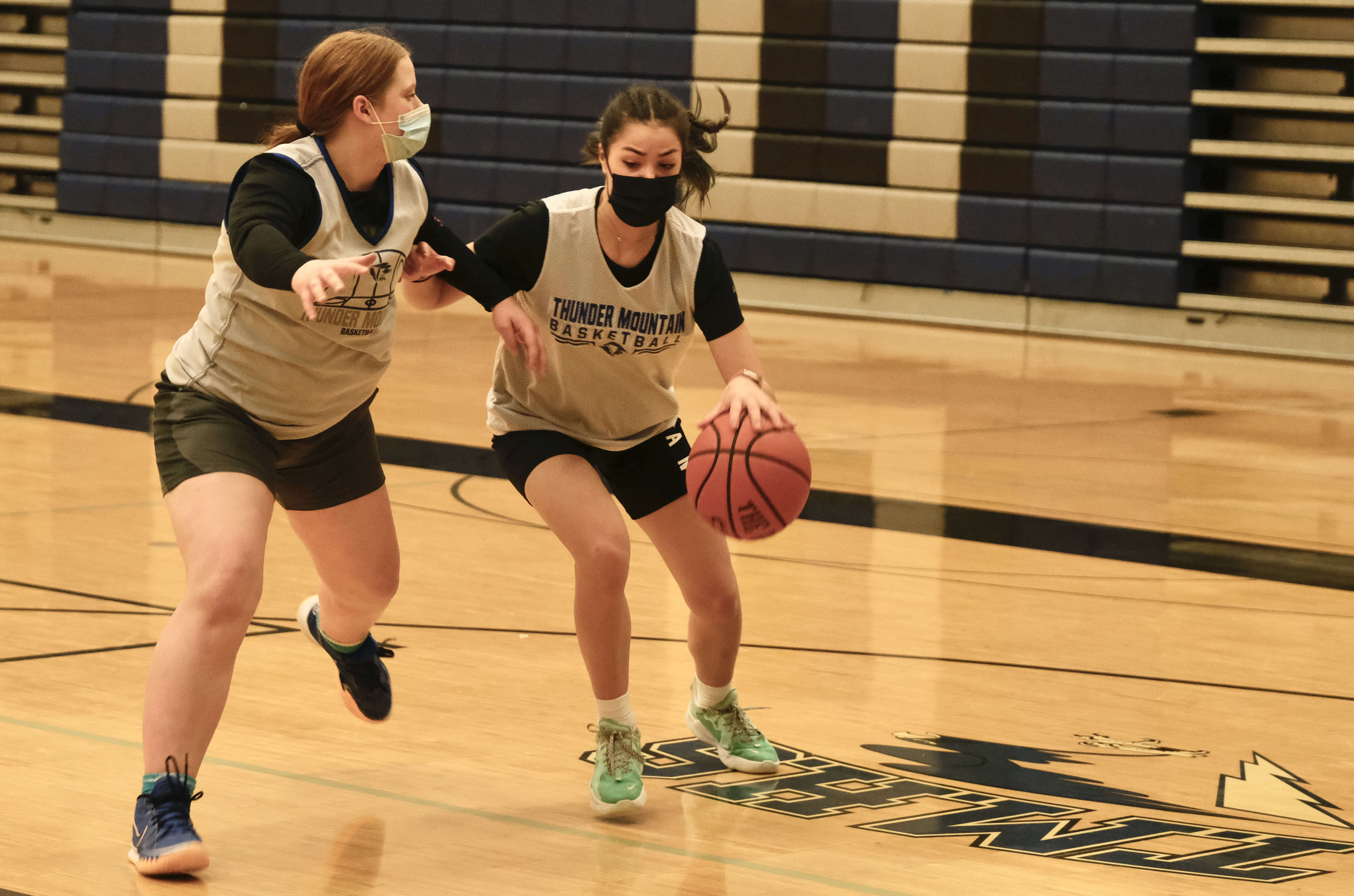 Juneau, Alaska (KINY) - The Thunder Mountain girls basketball team finished what could be their toughest three-game stretch of any season on Saturday, let alone a season-opening series, falling to the nation’s top-ranked Sierra Canyon Trailblazers of California 80-36, one day after toppling 3A power Mt. Edgecumbe 56-46 and two days past their opening game 58-14 loss to host Wasilla in the Doc Larson Roundball Classic.

“I couldn’t be happier,” TMHS coach Andy Lee said of the Sierra Canyon game. “We doubled the amount of points Bartlett scored against them, We didn’t get to the mercy rule, we out-rebounded them statistically… they just scored off of theirs. But we did things we are capable of and all we could do was the best that we could, and we did that.”

“With a team like that you have to give something,” Lee said. “The best you can do is decide what you are going to give them. We decided to sit back in a 2-3 zone. We played percentages. We were a little bit analytical. We gave them shots most teams hit 30% of instead of letting them get us in foul trouble and those kind of things.”

Lee said the biggest obstacle in the game was the perception that the Falcons could not play in a positive way with the nation's top-ranked team.

“No team that played them was in their class,” Lee said. “Wasilla was skilled and big and had a good game plan, and they still lost by 20, so. It was one of those things where I thought we overachieved in some areas. The big thing is what you leave with. I thought we left with improved confidence and our freshmen and sophomores are more experienced than they were and this helps us in the summer and the offseason because we have players that aspire to play in college. Now they know what they aspire to be. And that is in line with the goals of our team, how good we can become as an individual speaks to how could we can become as a team.”

“Both Baxters had double figure scoring nights,” Lee said Saturday. “One tonight, one last night. We had kids get rebounds. Our biggest challenge is, for any team, it doesn’t matter how good your posts are, your bigs are, your wings are, you have to get great point guard and primary ball handler play. We did well but Sierra was taller, quicker and more skilled and we knew that and accepted that challenge. None of our players have played point guard at the high school level. We are point guard by committee right now. So trial by fire. They have great possessions and they have OMG possessions. I liked that they never hung their heads and they were relentless and they got better as the game wore on.”

Against Mt. Edgecumbe, the Falcons trailed 14-11 after one quarter but took a 25-21 lead at the half.

The Falcons led 34-31 after three quarters and outscored the Lady Braves 22-15 in the last eight minutes of action.

“We took advantage of our size,” Lee said. “We tried to pound the ball inside a little bit. We didn’t have a different game plan from game to game. It’s too early. Granted every team was different and had vastly different talent levels. We wanted to come out of here having worked on some things we are going to do a month from now. So we didn’t want three different game plans to try and win these individual games. This tournament was about us. A month from now it might be about our opponents.”

S. Strong, Sikes and M. Caradang had one block each.

“I am really pleased with all the team focus things,” Lee said of the tournament. “We have good chemistry. We have good communication. And we have great leadership. We need to work on the fundamentals of play, not individual skills so much but complimentary basketball. How one pass leads to another pass, how the person away from the ball has to be engaged in the game. We have kids who haven’t played at this level. We have kind of an open gym mindset and we have to grow out of that.”

The Falcons next play in the Capital City Classic at Juneau-Douglas, Dec. 27-30.