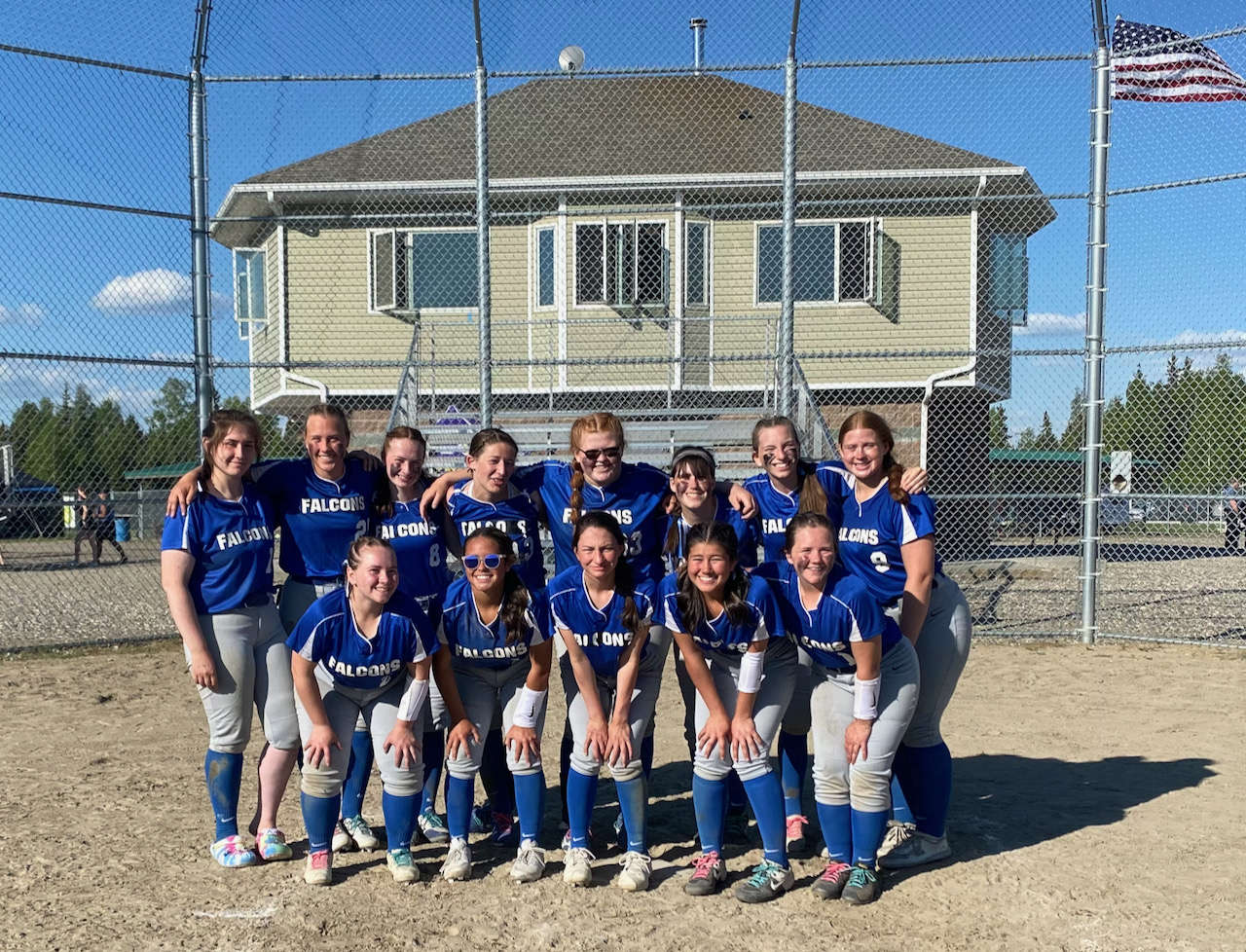 In the bottom of the third inning Dobson led off with a walk and Gates put a shot over the center field fence for a two-run homer.

Gates went 2-2 with two runs batted in and two runs scored to lead the Falcons. Dobson and Johnson had one RBI apiece. Johnson had two hits and Rentrop one. Dobson scored two runs, Harp, K. Strong, Johnson, Lovejoy, Rentrop and freshman Bryanna Eakes one each. Dobson, Harp and S. Strong earned two walks each, Gates, Payne, K. strong, Johnson and Lovejoy one each.

Harp pitched the entire five innings from the circle with three hits and two runs allowed and struck out eight batters and walked one. Harp gave up a first inning home run to North Pole junior Madison Kurdenberger.

Against Homer, Dobson continued her lead off specialties, reaching first base on a dropped third strike, stealing second and scoring on a ground ball out by Gates.

The Falcons added three runs in the top of the third inning as K. Strong walked, junior Leah Hetle walked, Johnson singled and K. Strong scored on an error. Lovejoy doubled to score Hetle and Johnson for a 4-0 lead.

The Falcons broke home plate in the top of the fifth inning as Harp singled, Gates walked and S. strong tripled them both home for a 6-0 lead. K. Strong walked, Hetle grounded out scoring sophomore pinch runner Aliza Mesdag for 7-0 and Johnson singled in K. Strong for 8-0. Rentrop hit a two out single, Dobson singled to score Johnson for 9-0 and Rentrop scored on a steal at home for 10-0.

Homer would get one run in the bottom half as senior Kaylin Anderson doubled to score sophomore Julie Guess.

Gates pitched the full five innings with just four hits and the one run allowed, striking out seven batters and walking four.

The wins put the Falcons into double-elimination tournament bracket play with a first round bye. They will play at 2:30 p.m. Friday.

All six teams play in the double elimination tournament which finishes on Saturday.