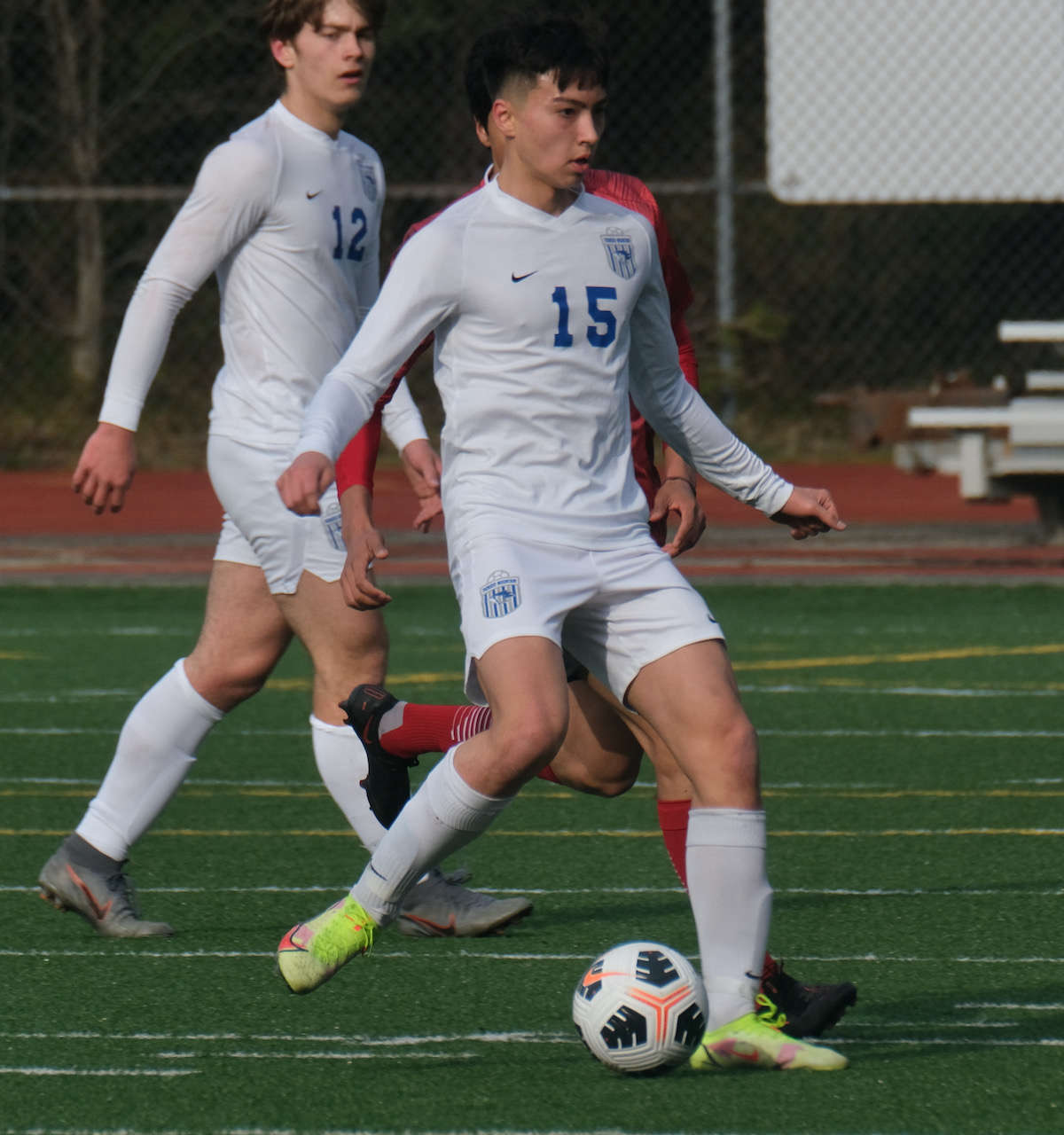 “I knew they were going to be a good quality school,” TMHS coach Tim Lewis said. “They are one of the top DI schools this year and we were looking to challenge our players. It was definitely a different pace and style of play but it was a good challenge and I thought our guys handled the game well.”

TMHS senior Phillip Lam scored the Falcons first goal, five minutes into the second half on an assist by classmate Ammon Kawakami who showed his utility by playing on the back line and throughout the midfield.

TMHS senior Talon Briggs earned the second goal during a Falcons counter attack. Falcons junior right back Payton Grant booted a ball that Briggs was able to collect and finish for the goal 15 minutes into the second half.

“We had done some film review and talked a lot about playing quicker,” Lewis said. “Using one-touch and we were able to use that in our final third and that helped us get a bunch of shots on goal and kind of what helped us get our two goals. I think just scoring some goals on a quality opponent, I am very pleased  with how they played.

“I think just working on our chemistry and how we work together as a team,” he said. “Working on utilizing different people in different positions and growing together as a team. We had a few injuries so we had to have people step up and play positions they usually don’t play or have never played and kids have gotten more varsity time than they ever have in the past. Losing is never fun but there were definitely a lot of positives that we got from it… the whole defense, even though we gave up four goals, began to work better together.”

Lewis said West matched the Falcons physicality more than any other opponent this season.

“We ended up with a lot of injured players,” Lewis said. “But they are physical, they are big. That is probably the closet team we have played that has matched our height across the entire field…”

Thunder Mountain will play at Service today and Bartlett on Saturday.