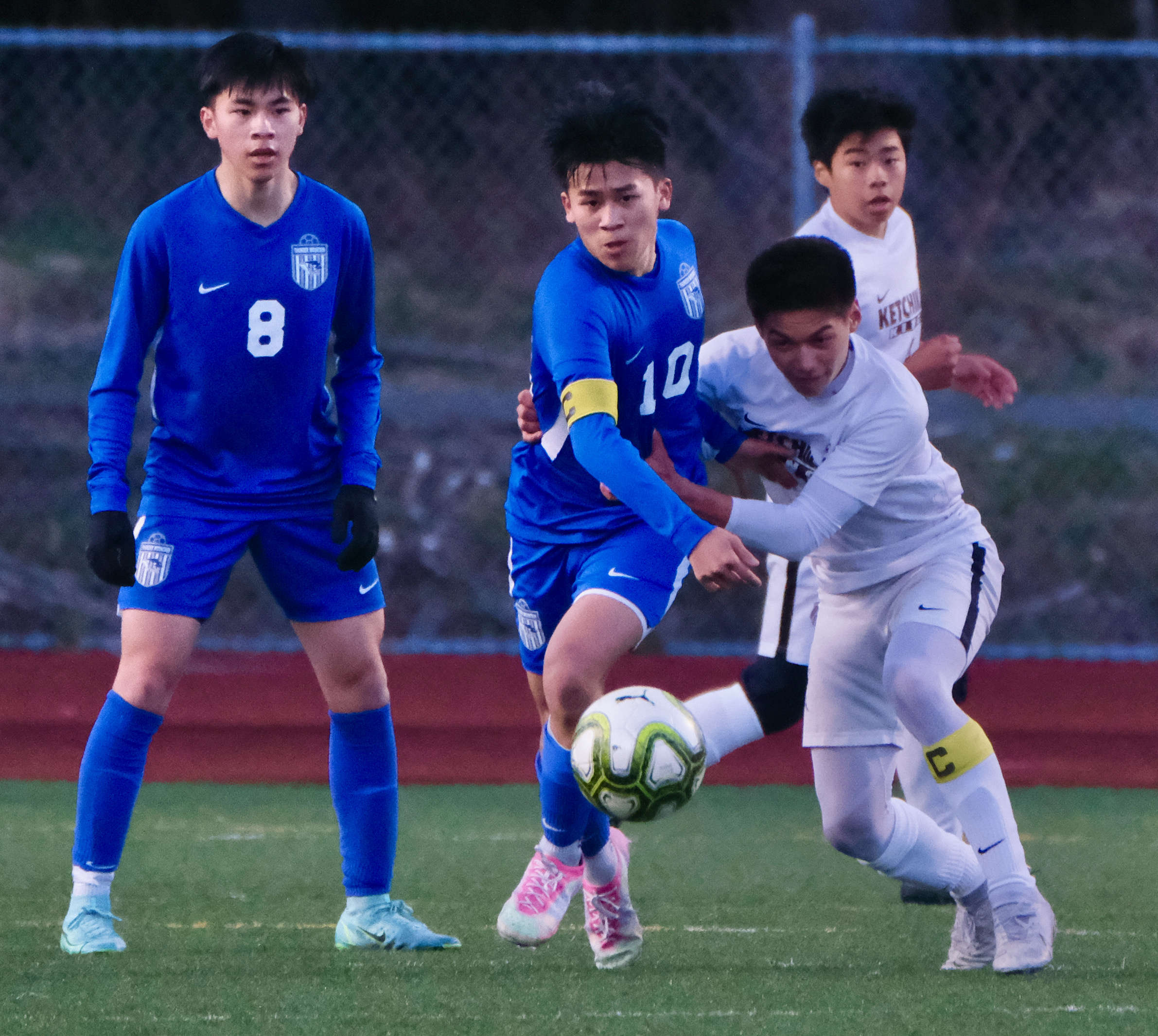 Juneau, Alaska (KINY) - The Thunder Mountain High School boys soccer team topped Ketchikan 5-1 on Thursday at Falcons Stadium, pushing the last of their two-match sweep through the net and off the turf and giving the Falcons two crucial Southeast Conference wins.

“This is a very important series in our conference,” Thunder Mountain senior Wallace Adams said. “The team that goes to state is the team that wins the conference and right now we are looking chippy with JD. And we really need to win these upcoming games with JD and we will be looking good to take that first seed in conference and head on to state. And that will secure our spot and a high ranking at state. We really need that… these games mean everything…I feel like we are getting to that part of the season where it is all about conditioning and working more toward having longer games and harder games so we have to keep our bodies rested…”

Ketchikan struck first on Thursday, with the Kings Atreyu Davis being brought down near the box and awarded a penalty kick which he converted just eight minutes into the match.

The rest of the night belonged to Thunder Mountain and their improving defense.

“I feel like our defense has really stepped up,” W. Adams said. “Our center back and our outsides, they have come a long way. And I feel like if we can clean up our simple mistakes we have made in the past we are going to be able to take them over.”

TMHS senior Talon Briggs scored in the 18th minute from 15 yards center of the goal and W. Adams nestled under a corner kick by senior Phillip Lam and headed in a 2-1 advantage in the 32nd minute of the first half.

Three minutes into the second half W. Adams hit a penalty kick for a 3-1 Falcons lead.

Briggs converted his second run of the night, this time taking the ball inside the Kayhi box and tipped it up and over keeper Tiernan Johannsen for a 4-1 lead in the 57th minute.

Falcons senior Omar Alvarez put a pass across midfield to sophomore Owen Adams who fired in a shot from distance in the 71st minute for the final 5-1 tally.

The Falcons, who also beat Ketchikan 6-0 on Wednesday, improve to 2-1-1 in the Southeast Conference. They will face Juneau-Douglas High School: Yadaa.at Kalé, Saturday, at 5:15 p.m. on the Adair Kennedy Field pitch.

“Just keep my head up and play hard,” Peterson said of next facing JDHS. “I’ve got to really focus in on those shots and just play hard. JD is a tough team, they’ve got good scorers. I just have to play hard.”

“It is really fun,” JDHS senior Andre Peirovi said of playing TMHS. “TMs a good team, we have a good team this year. I think we are really evenly matched and the games are just great. The games are just fun to play and they are intense. They are battles. I think it is going to come down to who ever plays the hardest and who puts the ball in the goal more I guess. It is really 50-50 at this point, it could go either way.” 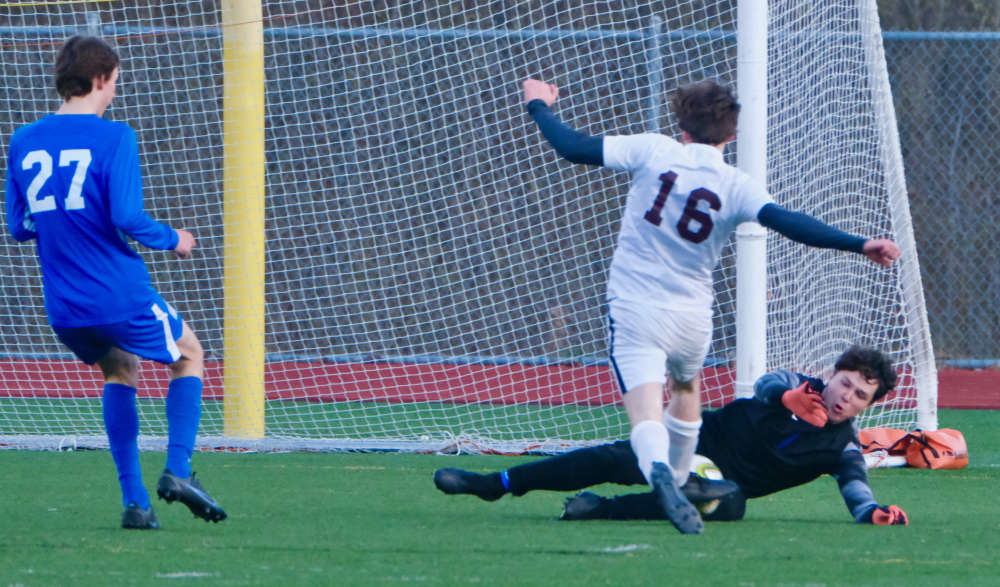