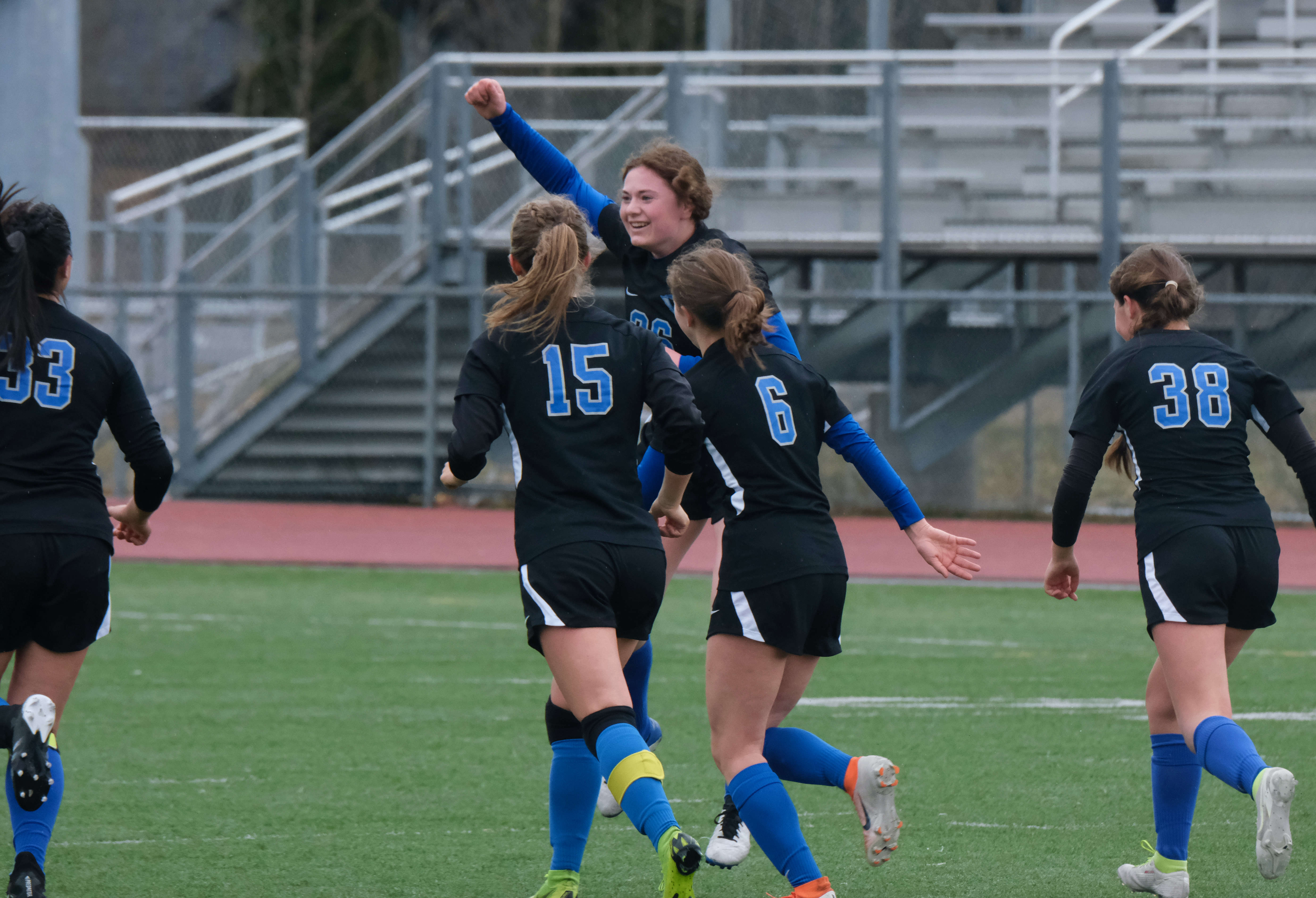 Juneau, Alaska (KINY) - The Thunder Mountain High School girls soccer team finished their weekend soccer series at Falcons Stadium with a 2-0 win over Eagle River on Saturday, after back-to-back wins over Ketchikan on Thursday and Friday.

“It is really exciting,” TMHS senior Kiah Dihle said. “I am really proud of our team.”

Thunder Mountain held the majority of ball possession against Eagle River but did not find the Wolves’ net until 24 minutes of play had elapsed.

“Just being physical,” Dihle said. “Winning those duels in the center of the field and playing it to the outside, we were really focused on that. We were a little slow in the first half and we picked it up and really won, I think, the physical battles in the second half.”

The Division II Southeast Conference Falcons defense moved the Wolves off the ball repeatedly in the match, which led to more attacks for the TMHS side and less response from the Division I Railbelt Conference Eagle River side. Eagle River had flown some of their members back to Anchorage Saturday morning for a previous engagement but the majority of their varsity roster remained.

TMHS senior Maryellen Bryson missed a shot wide but the play-in by Eagle River was stopped at midfield by Falcons junior defender Mackenzie Olver who played the ball to Dihle, who moved it to classmate Molly Brocious.

The ball rotated to TMHS sophomore Kaidree Hartman, who lifted a shot from 25 yards out over the Wolves’ keeper for a 1-0 advantage. Hartman, usually the team’s keeper, played the field due to a finger injury.

“It was nice getting to play the field,” Hartman said. “I was really looking for some goals so it’s really exciting… I am hoping that at least some games I’ll play field, some games I’ll play goal… I probably like field better but I do also really like goal so I am fine either way… and I think it was really good that we were able to get some conference wins this week.”

Eagle River had a chance to knot the score before the half but TMHS sophomore keeper Zoey Moore saved the shot.

Moore also made a solid save to start the second half and keep momentum with the Falcons’ side.

Hartman took a pass at midfield and made a run to center and fired a Falcons shot that drifted away and under the Eagle River keeper’s arms for a 2-0 TMHS lead five minutes into the second half.

The Falcons Naomi Olver had two more corners in the early stages of the second half and seniors Grace Hudson, Abigail Booton and Jade Blackwell all had runs that nearly produced goals.

“Ideally, I want to get it to one of my players so they can hit it in or I want to score myself,” Naomi Olver said. “I love taking corner kicks and trying to get it in… “

Naomi Olver said the three wins “are going to boost our morale a lot and help us get through these last few weeks of the season and hopefully on to state.”

Defensively Mackenzie Olver, senior Ruchi Haight, and junior Mercedes Cordero, among others, played the back half of the field to perfection and limited Eagle River to only a few shots on goal.

“I am just looking to have the best game possible,” Mackenzie Olver said. “Soccer is something that is really important to me so being able to get out there and have a good game is always the best.”

Mackenzie Olver said the Falcons have “a really good sportsman-like mindset… where everyone is really supportive. So just having a good team where everyone feels supported and connected is really important to me.”

On Friday, the Falcons put up six goals against the Lady Kings and their defense held Ketchikan to an empty net.

TMHS’ Dihle and Brocious scored two goals apiece and Bryson and Hartman had one goal apiece.

The Falcons defeated Ketchikan 3-1 on Thursday, behind two goals from Dihle and one from Brocious.

TMHS next travels north for matches against Kenai, Homer and Soldotna beginning Thursday. 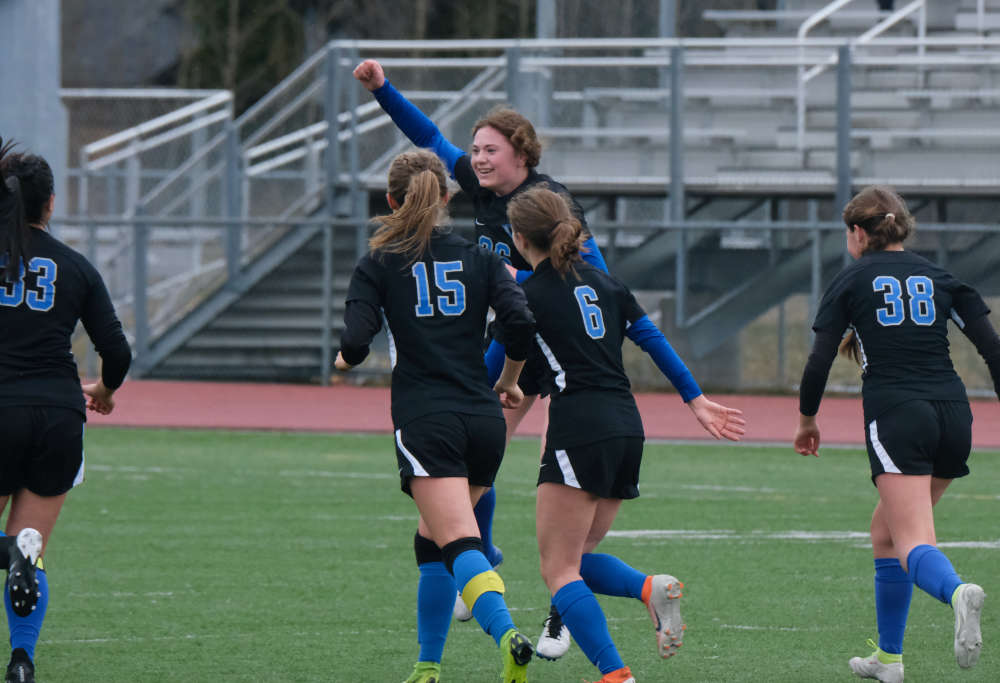