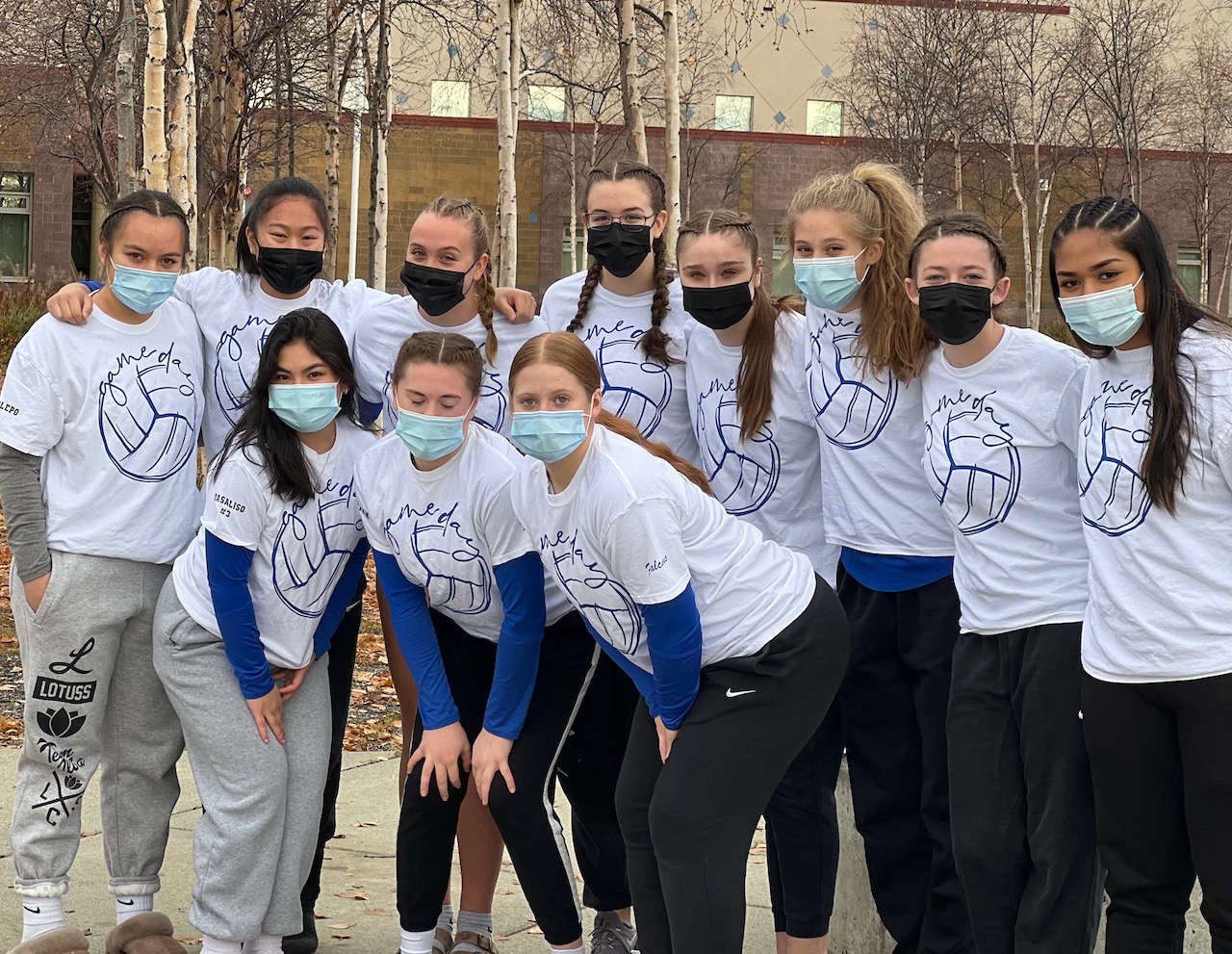 The Thunder Mountain Falcons volleyball team is shown in Anchorage. They will host Ketchikan this week, including a senior night on Friday. (Photo courtesy TMHS)

Juneau, Alaska (KINY) - The Thunder Mountain volleyball team took one last tuneup on the road last weekend to Anchorage, playing Eagle River on Thursday and a host of teams in the Dimond/Service Tournament on Friday and Saturday. They will begin a final home stand against Ketchikan this week, including a senior night on Friday, and then prepare for the Region V Championships in Ketchikan Nov. 5-6.

“I would call it a successful weekend for us,” Thunder Mountain coach Julie Herman said. “We got to play Eagle River and they are the same type of team we are so it was pretty competitive.”

“That was a good way to go into the weekend,” Herman said.

The Falcons opened bracket play against Palmer, falling 22-25 and 9-25.

“Palmer ran a really fast offense,” Herman said. “And unfortunately we just couldn’t keep up with their pace.”

“I know the kids are disappointed with the results of Saturday,” Herman said. “But what I told them was, ‘You know, a couple years ago we were trying to stay out of the Bronze Bracket and this weekend, this year, we have been disappointed if we don’t make Gold.’ And that just says the rise of our program and our standards and our girls' play.”

Herman said the team has been working on "what is our next job," not just hitting and transitioning but picking up the ball and getting ready for their secondary and third jobs.

“I’m calling it the flow of the game,” she said. “Just what is my next job after I do what I did right now. I think the kids are really starting to work on that because that just makes the flow of the game, since volleyball is so fast, it makes less errors. So we’re just working on the whole cohesive piece, working together really seamlessly.”

The coaches chose Tuvaifale as their player of the matches to be submitted to MaxPreps for that website’s Player of the Week recognition.

“Moana had a really good weekend,” Herman said. “She just ran a smooth offense at a high level.”

Brocious led with 73 assists and Tuvaifale had 59.

The Falcons next host the Ketchikan Kings on Thursday and Friday. Varsity games are at 6 p.m. (JV 4:30). The Falcons senior night will be on Friday at 6 p.m. with the game following. Seniors recognized include Jorda Raine Basaliso, Solveig Wolter, Riley Harp, Molly Brocious, Sydney Strong, Ann-Alese Rentrop, Kylee Clauder and Neisha Calderon.

“We are looking forward to this weekend, honoring our seniors and spending time with our program and our fans,” Herman said. “And then post season is always fun, always surprising and really competitive.”

The Region V Tournament will be in Ketchikan Nov. 5-6. 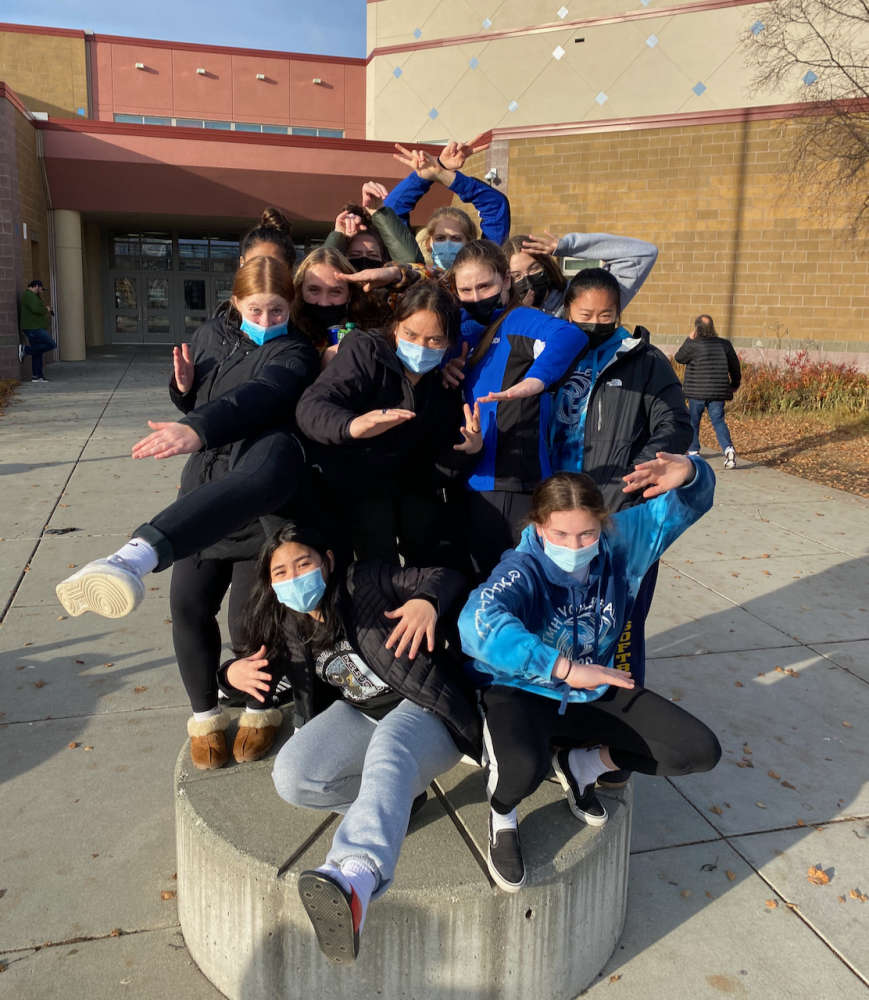