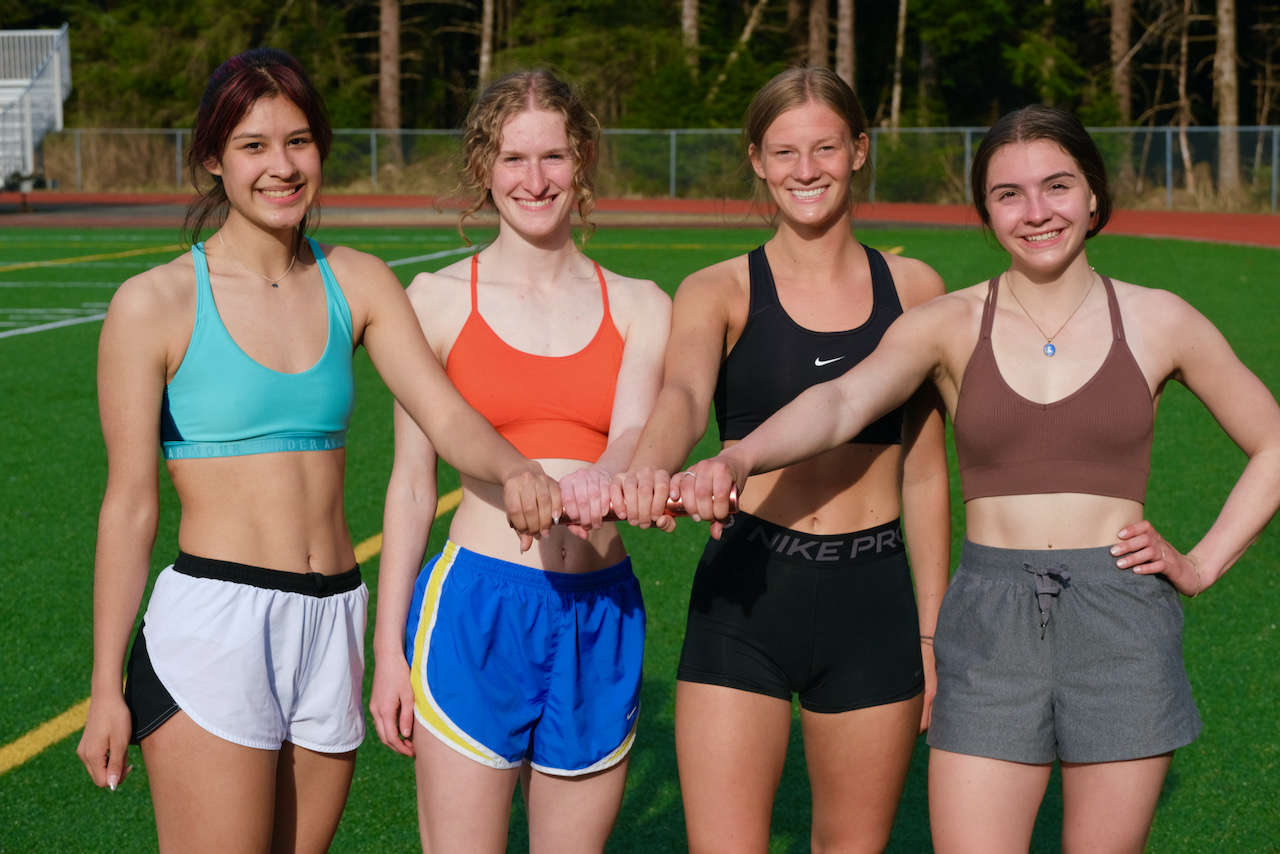 Juneau, Alaska (KINY) - Jackson, McNutt, Tuckwood and Bruno… by the time you say those names chances are they have run the oval on a track. On Saturday that Juneau-Douglas High School: Yadaa.at Kalé foursome set a new school record, and the fastest time in the state this season, of 51.97 seconds in the 4x100 relay during the Capital City Invitational Track & Field Meet at Thunder Mountain High School’s Falcons Stadium.

“I think it is really exciting,” senior Trinity Jackson said. “I definitely didn’t expect it. I thought we all ran really good but I didn’t know we ran that good.”

Jackson ran the first leg of the relay.

“For the start of the 4x100 it is really important to get out of the blocks fast,” Jackson said. “So I can give that headstart to the next three people… I think we can slim down a few more seconds. Just by fixing handoffs and leans… during the thing I kind of fumbled the handoff between me and McKenna (McNutt) a little bit…”

McNutt ran the second leg, taking the handoff on a corner.

“I wasn’t really expecting it,” McNutt, a senior, said of the record. “But it feels really cool. That’s kind of been like a little goal, a hope thing… to get my name on the Leadership Board.”

McNutt said the most challenging part is running the curb.

“You can’t start on the straightaway so you have to be kind of angled differently,” McNutt said.

McNutt said the relay team is like a “mini family. Most track events are singular so you are just running for yourself and to get points for your individual race. But the relay team is four of you and everyone is depending on each other… we have practices where it is just us working together. We warm-up together and it is way more inclusive and you share all your stresses and anxiety and stuff like that… it is a lot of fun, it is one of my favorite races…”

“I guess it feels pretty good,” Tuckwood said. “I didn’t really expect us to be super good or at the top or anything so it’s actually a pretty big surprise that we are… I had no idea.”

The third leg is on the last corner of the oval.

“Personally, I can’t really do straight stretches that good,” Tuckwood said. “On the corner you just have to remember to stay on the inside and really use your arms… a 100 gets over really quickly so by the time you focus on all that you are pretty much done running. I think the straight stretches for me are, like, I can see the finish line for a really long time and so the corner kind of really distracts me from that.”

The anchor leg was run by senior Cosley Bruno.

“I am pretty excited and glad that I have this 4x100 team,” Bruno said. “They are all pretty cool and pretty fast so it’s exciting… Every single day at practice we are pushing each other and racing against each other so I think it is awesome to be able to break a record like that and be a pretty fierce competitor up at state.”

Bruno said when she gets the baton in the anchor leg, “I just go. There is really no thinking when I am out there, it’s just get the baton and cross the finish line. I like it. I try to remember to think about my form and I’m always watching the third leg come up, but other than that there is no thinking done…”

JDHS sprint coach Daria Horne said this relay team was worthy of the school record and worked hard to get it in an event that is extremely difficult as the baton in the 4x100 should never leave the center of the lane a team runs in and it should never slow down.

“The handoffs are very quick so the baton never slows down,” Horne said. “If it does you start adding on time, and the baton has to stay in the center…”

“So that baton comes in super hot,” Horne said. “And that outgoing runner then has to come out super hot… 4x100 is the hardest in terms of being technical with the handoffs plus they are blind passes. You don’t look back at each other, you don’t make eye contact, it is just an audio ‘stick’ and then you stick your hand back out to receive the baton… plus the girls that start and stay in the left side of the lane are running the curb... so they are fighting centrifugal force, they are fighting gravity, so it’s a harder run…”

Horne had to decide who was best out of the blocks, out of and into curbs and along the back stretch and who is the most competitive.

“Who’s the best starter?” Horne said. “Who comes out of the blocks the best? Well, Trinity… Who is the best fighter, probably Cosley… I think about who runs the best straight-a-ways, so McKenna does such a nice straight up and down run… the curves are difficult…”

“If I had to vote for an athlete of the meet she would have my vote,” JDHS coach Jesse Stringer said. “I mean, they buried the record, almost by a full two seconds. The old record was so good I didn’t have it on the radar.”

“I think that is kind of funny,” Jackson said. “Because my coach wanted me to try it for fun. And so I did. And I ended up actually getting a really high jump… I like it. I need to fix my second part of the jump though.”

The alternate for the team is last year’s relay participant, sophomore Claire Durling who set a PR in the 100 and the triple jump last weekend.

The previous record was 53.05 set in 2001 by Adriana Rodriguez, Rachel Chenoweth, Emily Krehlik and Sara Ballard. The new names of Jackson, McNutt, Tuckwood and Bruno will replace them on the Leadership Board that adorns the auxiliary gym with top record times.

Rodriguez, now Adriana Northcutt, is the principal at Juneau Charter School and the only member still in Juneau.

Northcutt said she remembers that feeling of setting the original record with coaches Tracy Rivera and Guy Thibodeau.

“We had gotten really close a couple times,” she said. “Setting that record, we had worked really hard, our coaches had been working really closely with us on our handoffs and getting out of the blocks… it was a pretty amazing feeling to have all that hard work pay off.”

She said that team formed a strong bond and a solid path in life.

“My teammates, not just my relay team… that team collectively, the track team, was extremely supportive,” she said. “They were pretty pinnacle in a lot of my decision-making about what I was going to do after high school… my relay team, we were all really close. We took care of each other, we looked out for each other. It was a big extended family for sure…” 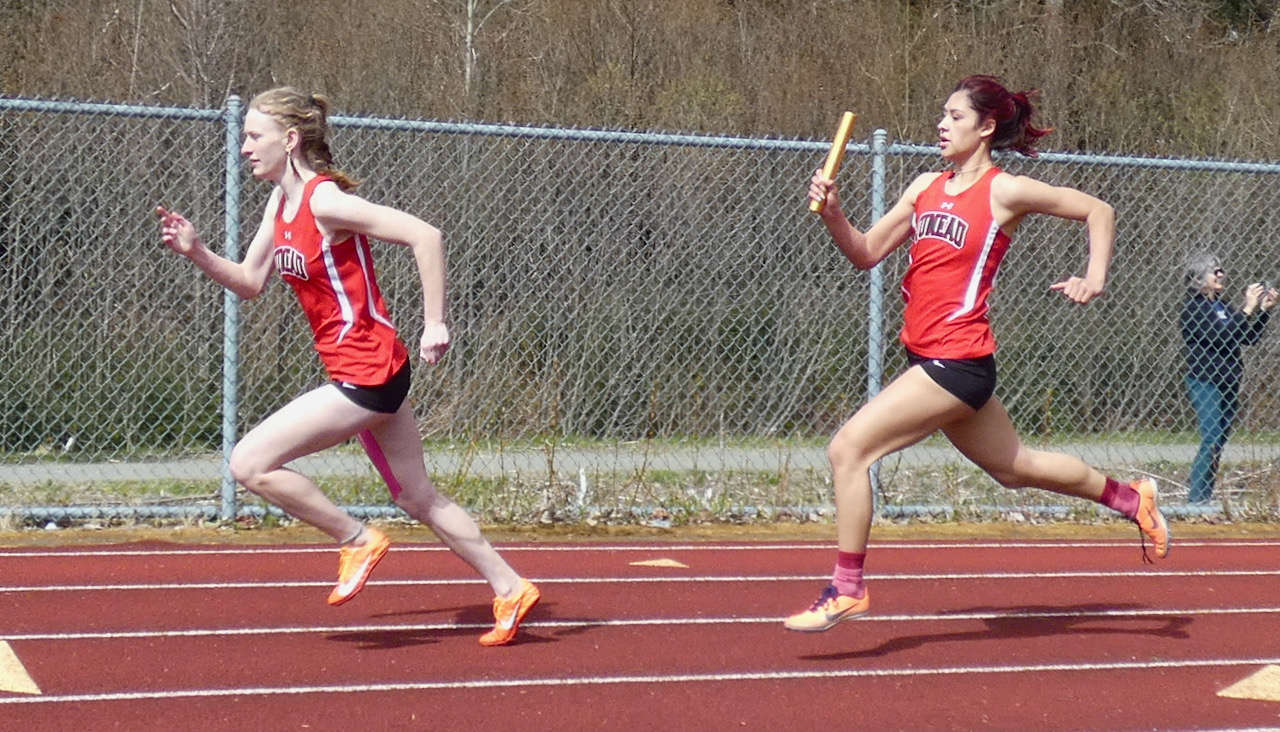 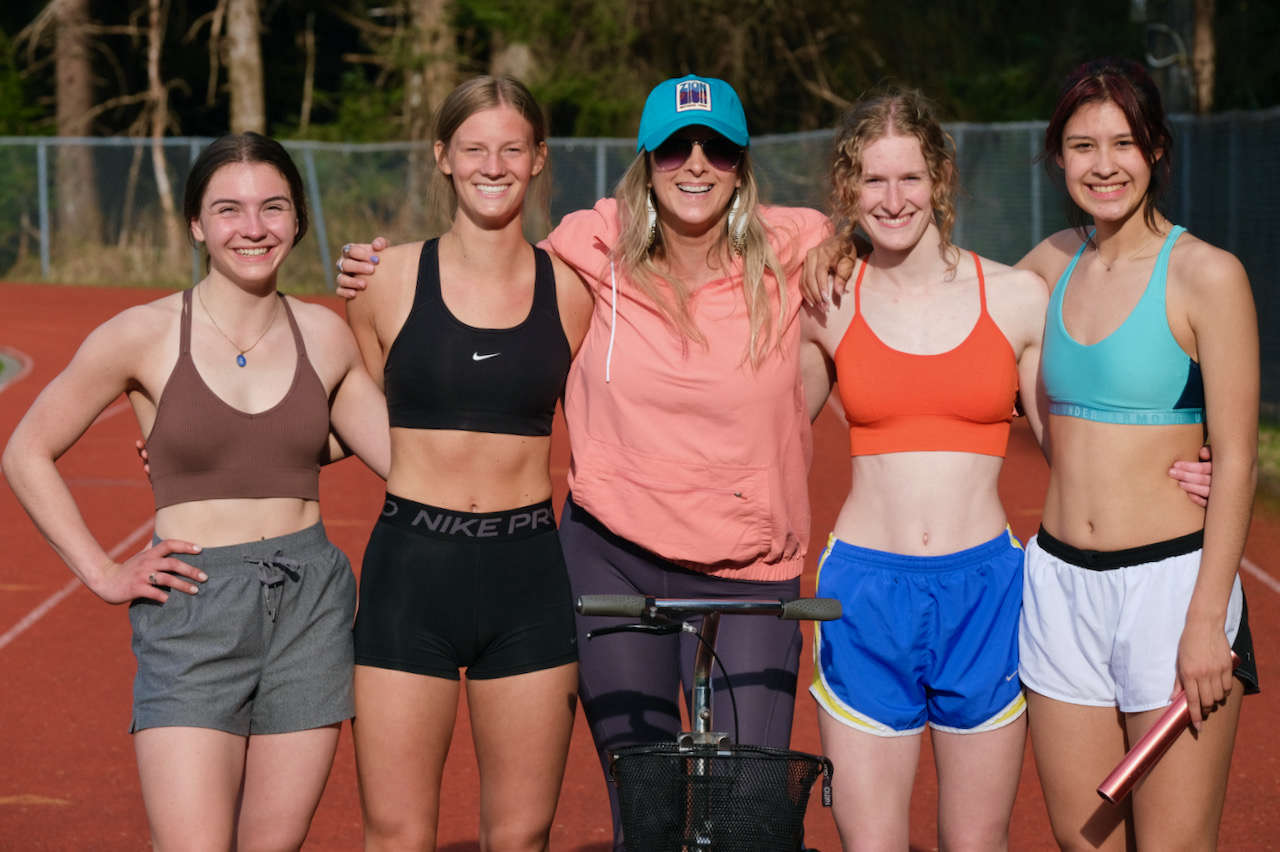 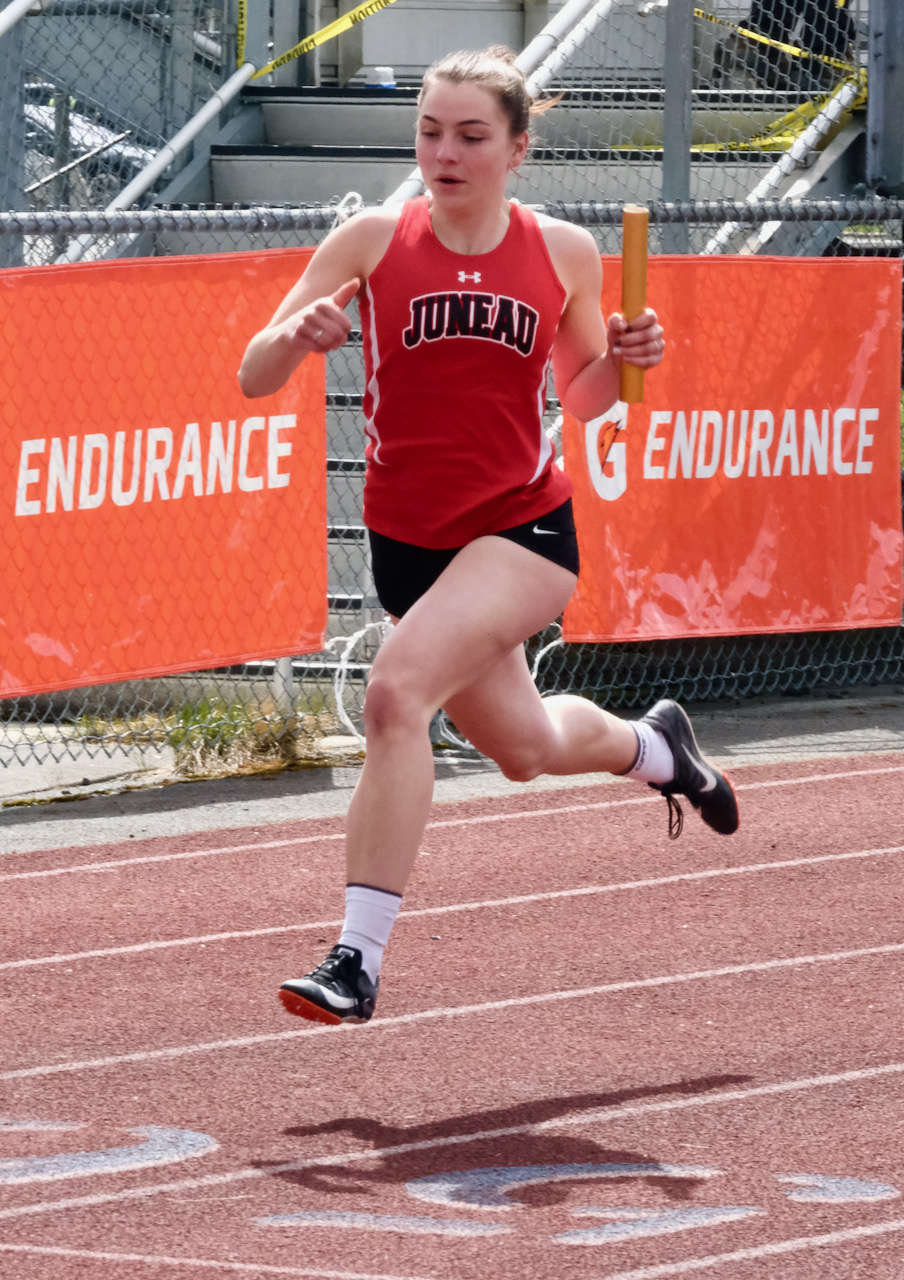